(Minghui.org) The Shen Yun Symphony Orchestra began its 2018 tour on September 13 at the National Concert Hall in Taipei, Taiwan. This season, the Orchestra will perform twelve concerts in ten Taiwanese cities before heading to South Korea.

This is the Orchestra's seventh season of reviving Chinese culture through seamlessly combining musical traditions of the East and West. In addition to recent original works by Shen Yun's composers, this year's program also includes classical pieces by Vivaldi, Tchaikovsky, and Wagner. 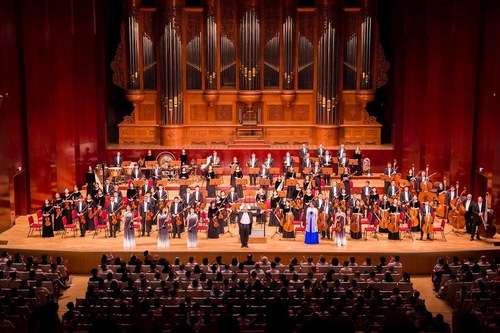 Shen Yun Symphony Orchestra's curtain call to a full house at the National Concert Hall in Taipei on September 13, 2018. 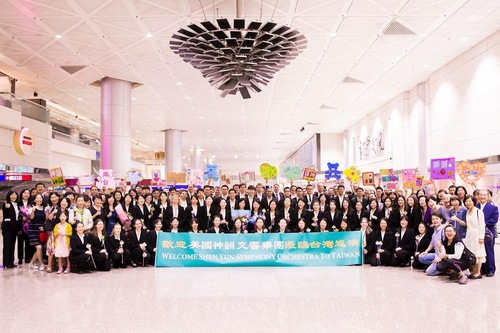 Musicians of Shen Yun Symphony Orchestra arrived in Taiwan on September 12 at the Taiwan Taoyuan International Airport. Local fans welcomed them with banners and flowers. 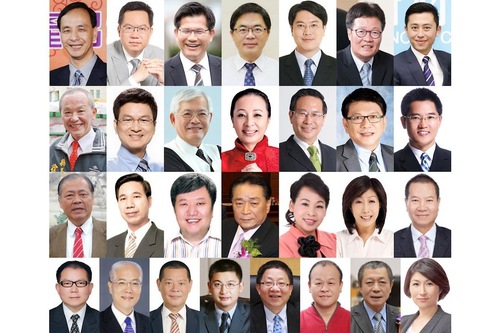 Twenty-nine elected officials, including 16 mayors and county magistrates and 13 speakers of municipal councils, sent in calligraphy banners and letters of commendation to welcome Shen Yun Symphony Orchestra to Taiwan.

“A new milestone in the history of music” 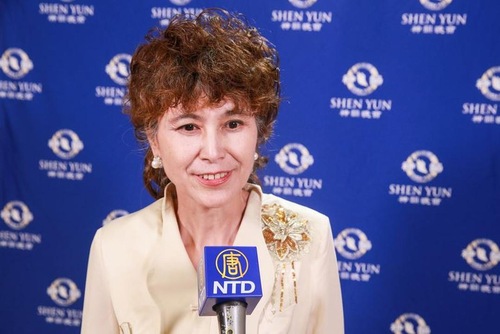 Chen Yu-feng, assistant secretary of the Association of Global Arts and Literature, at the Shen Yun Symphony Orchestra performance in Taipei on September 13, 2018.

“The music of Shen Yun Symphony Orchestra is a new milestone in the history of music,” said Chen Yu-feng, the assistant secretary of the Association of Global Arts and Literature.

“It really is a great invention that she is able to blend Chinese and Western music so harmoniously,” she added.

“[H]er notes make one feel a mood of calmness and peace. As the music goes up and down, you would think of your original self. It gives you a kind of positive energy,” Ms. Chen said.

Combining the Best of East and West 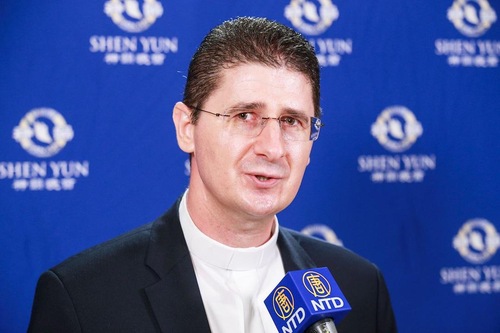 Monsignor Sladan Cosic, Chargé d'Affaires of the Apostolic Nuncio, at the Shen Yun Symphony Orchestra performance in Taipei on September 13, 2018.

“[T]hey are very good at this, because you get involved in the music itself,” said Monsignor Sladan Cosic, the Chargé d'Affaires of the Apostolic Nuncio.

“I like very much the stories that are expressed through the music. This is what is personally very touching,” he said.

“The musicians are gifted people, who are, while performing, providing this kind of spiritual experience, which also benefits them too,” he added.

“In Western culture, we also see values, including spiritual values. So in this sense, I think the concert is somehow giving its own contribution to society,” he said.

“There are good things in both sides, West and East. So you try to combine the best things from both sides [to] make one piece, and this is the special characteristic of this orchestra,” he described. 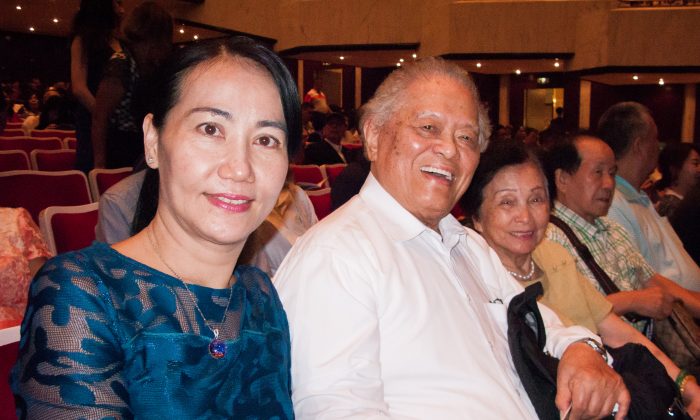 Chao Ko-chuang (center), pianist, conductor, and composer, with his wife (right) and student (left), at the National Concert Hall in Taipei on September 13.

“I’ve listened to symphonies for decades, but [Shen Yun] is the top!” said Chao Ko-chuang, a pianist, conductor, and composer.

“It’s seamless. Besides [the musicians’] exceptionally good skills, it’s not easy to memorize so many music scores. The performance has really left a lasting and pleasant impression on me,” he said.

“Though there are seventy to eighty people playing at the same time, it sounded like only one or two people playing there. It is something truly touching,” Mr. Chao said.

“It’s really a spectacular and an innovative performance—that surprised me,” he concluded.

In the next two weeks, Shen Yun Symphony Orchestra will continue to tour Taiwan with upcoming performances in Yunlin, Kaohsiung, Changhua, Taipei, Hsinchu, Taoyuan, Taichung, Chiayi, and Tainan. Tickets and more information can be found at: www.shenyun.com/symphony.