(Minghui.org) On the night of May 21, 2018, Shen Yun Performing Arts presented its last performance of the season at the Festival Theatre in Edinburgh, United Kingdom. This season, the New-York based company has performed over 500 shows in more than 130 cities. 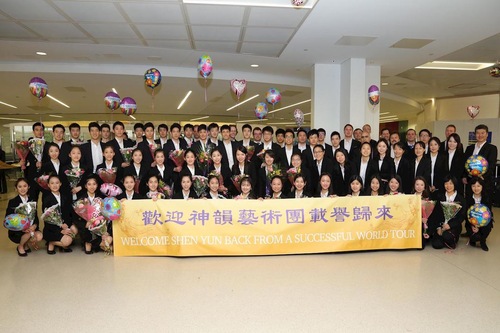 Shen Yun New York Company returned to the United States on May 22, 2018, at the Newark Liberty International Airport in New Jersey. This company was the last touring company to return from its world tour after performing over 120 shows in thirty-four cities and twelve nations. 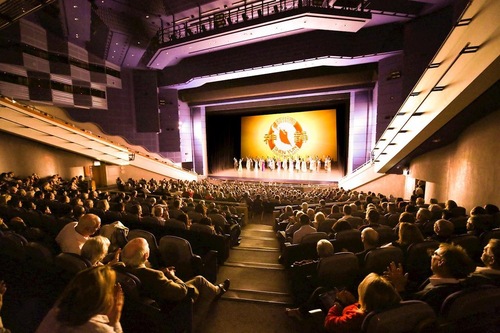 Curtain call by Shen Yun New York Company at The ICC Birmingham in Birmingham, United Kingdom on May 17, 2018. 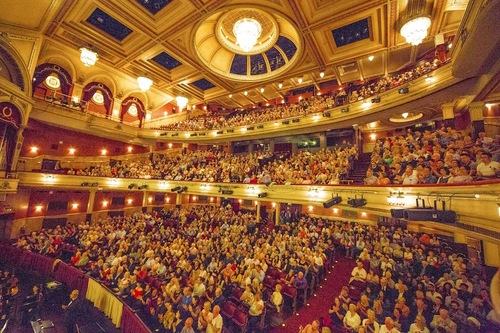 Shen Yun performance at the Festival Theatre in Edinburgh, United Kingdom on May 21, 2018. 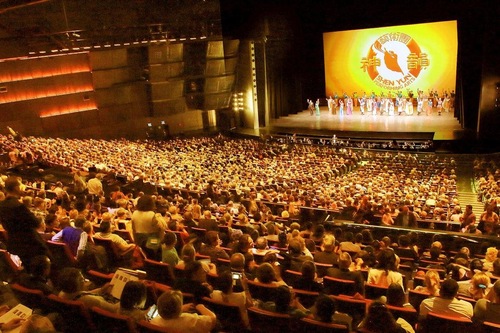 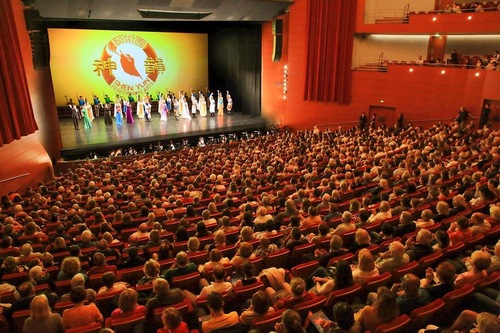 Performance at the Grand Theatre de Provence in Aix-En-Provence, France on May 11, 2018.

“I can't find any words for it” 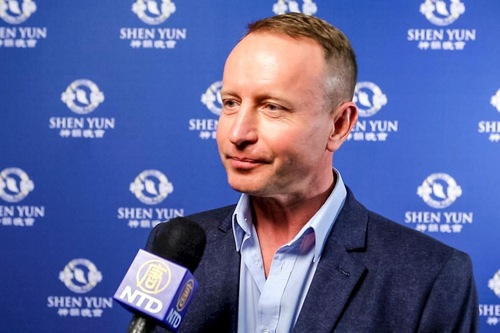 Imre Balazs, professional ballroom and Latin dance teacher and founder of a dance school in Hungary, at the Shen Yun performance in Birmingham, United Kingdom, on May 19, 2018.

“It’s amazing... Such precise technique—Really, I can’t find any words for it,” said Imre Balazs, a professional ballroom and Latin dance teacher and the founder of a dance school in Hungary.

“The ladies were amazing... Very calm, precise. I would see it again,” he said.

“The technique, balance. They move so together at the same time and the same level,” he added.

“Out of this world” 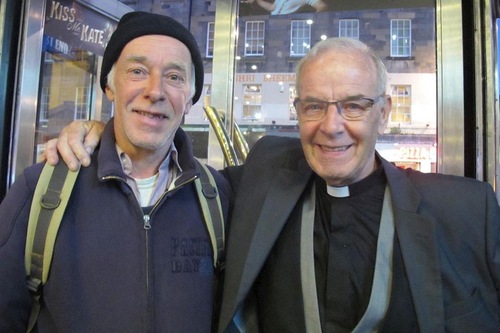 Reverend James Liddle (right), the minister at Bathgate Community Church, at the Shen Yun performance in Edinburgh, United Kingdom, on May 21, 2018.

“There’s a spiritual content throughout the whole thing: good versus evil. And good always wins. A good teaching for young people, [a] good teaching for everybody. Follow the good, follow the light, and leave the bad behind,” he said.

“[The] soprano was out of this world. What a voice she’s got,” he said.

“From start to finish, a real joy,” he added. 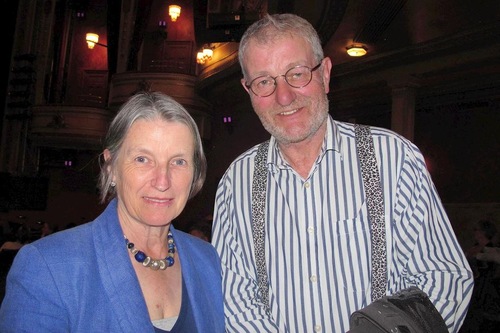 Lady Catherine, a retired estate owner, and Sir Peter Erskine at the Festival Theatre in Edinburgh on May 21, 2018.

“The energy, very exciting to watch. I’ve never seen anything like it before,” said Lady Catherine, a retired estate owner.

“I love the modern touch with the screen at the back. Fantastic. Very, very clever,” she said.

“Quite extraordinary... I think it is fascinating. It is the history of China,” she described. 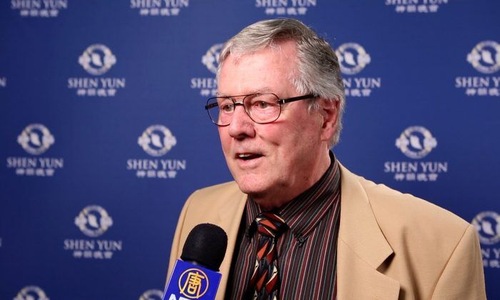 John Gunton, retired Royal Air Force engineer, at the Shen Yun performance in Birmingham on May 17, 2018.

“There are no words. Absolutely amazing from the start to the finish,” said John Gunton, a retired Royal Air Force engineer.

“It was a pure art... The beauty of it... The opera singer, the lady playing that two-stringed instrument, all of it. It was so emotional, unbelievable,” he said.

“A beautiful staging of human values” 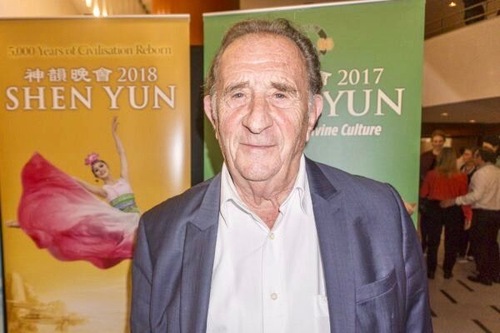 Jean-Michel Couve, former long-time member of the National Assembly of France, at the Shen Yun performance at the Grand Theatre de Provence on May 12, 2018.

“Behind it, there is great poetry, and it means many things. It expresses many things. There’s visual expressionism and inherent impressionism,” said Jean-Michel Couve, a former long-time member of the National Assembly of France.

“We find some movements [in classical Chinese dance], some foundations of classical [Western] dance that we know, but with more movements, more forms, more beauty, more grace. A lot of grace,” he said.

“It’s a beautiful staging of human values. That, I believe, is one of the aims of this show... It’s beautiful,” he added.

“We were in tears” 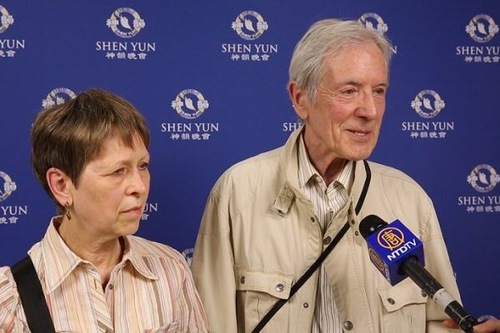 “[After seeing the piece ‘Unprecedented Crime’,] I started to cry... Then my whole body was shaking, with tears. That story really got to me. I had the impression that it had the sadness of the Chinese people behind it. And this sadness is one of loss of culture, of loss of the freedom to believe what one wants to believe, the loss of what one finds right. That’s the deepest point that touched me in the show,” he said.

“The other thing that really touched me, really happily, was the humor,” Mr. Volnet said.

“[Reflecting on the piece ‘The Divine Renaissance Begins’], it is always a divinity who comes to Earth. We wait for our savior to change this society in which we live. It touched us so much. We were in tears, really. It gives us the strength to continue despite all the difficulties in life,” he said.