(Minghui.org) The documentary, Letter From Masanjia, was selected for screening at this year's United Nations Association Film Festival. The festival, held this year from October 18-28 in San Francisco, highlights themes such as human rights, the environment, and refugees.

Letter From Masanjia was one of 60 films selected to be part of this year's program. It was screened in the Mitchell Community Center, Palo Alto on October 21, 2018.

The film recounts the persecution suffered by Falun Gong practitioner Mr. Sun Yi at the Masanjia Forced Labor Camp in Liaoning Province, China. The documentary made a profound impact on the audience. When Mr. Sun looks into the camera at the end of the film and says, “I want to tell the whole world – millions of people are still being persecuted in China, but justice will prevail in the end,” audience members could be seen nodding their heads in agreement. 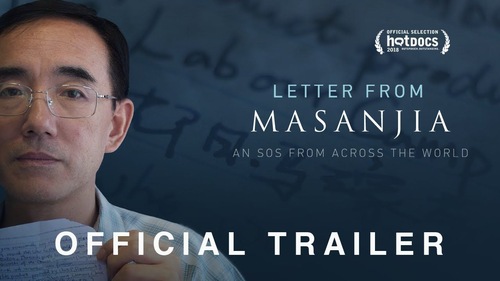 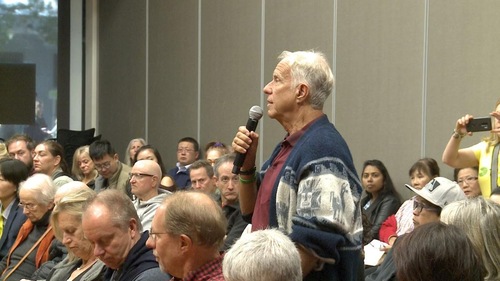 Letter From Masanjia was screened at the Mitchell Community Center, Palo Alto on October 21, 2018. An audience Q&A session was held afterward with Leon Li, the film's director. 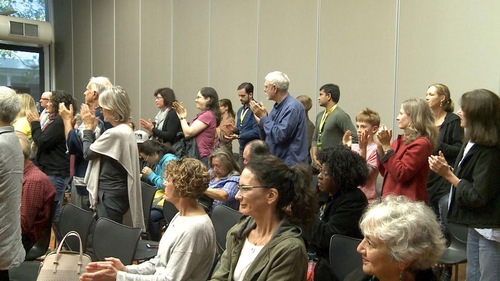 In the documentary, Julie Keith, a woman in Oregon, finds a letter hidden in the Halloween decorations she bought from a discount store. The letter, written in English and Chinese, told of prisoners of conscience, especially Falun Gong practitioners, being tortured and also forced to make products for overseas export. The author of the letter asked the recipient to raise the issue with human rights organizations. Ms. Keith realized the urgency of the matter and publicized the letter. Mainstream media including CNN, Fox News, the New York Times and other major media reported the incident, which soon received global attention. One day, using software to break through the Chinese regime's Internet firewall, Mr. Sun learned that the letter he had risked his life to write was serving its purpose – exposing the brutal torture of Falun Gong practitioners. Mr. Sun later escaped to Indonesia to avoid further persecution, and Ms. Keith flew from the US to see him.

Audience member Ms. Dawn Kwan found the meeting between the two main characters one of the most touching aspects of the film. She said, “Mr. Sun Yi did not shed a tear while narrating the torture he went through in prison. However, he cried when he parted company with Julie. The Chinese Communist regime has portrayed Falun Gong practitioners as cold, evil people. But Sun Yi looks so refined, like a scholar. He seems very educated. He went through a lot, yet he is so strong.”

Ms. Mercedes Roman said she finally understood why “Made in China” goods sold in retail stores are so cheap. She said, “It is because so many prisoners are forced to work for long hours. We should re-evaluate our trade policies with China.”

David, a board member of a non-government organization in San Francisco, saw the film after reading about it in the festival's promotional material. He said he believes that more people should watch this film. Although he knew that the Chinese Communist Party was persecuting religious believers, he had not heard of Falun Gong before. He said he is now aware of the severity of the persecution happening in China.

Ms. Zhou Xiaoying, who is from China, remarked, “People [in China] have negative thoughts about Falun Gong due to the government propaganda. I hope in the future Chinese citizens are given the opportunity to judge what is good or bad without any external influence.” 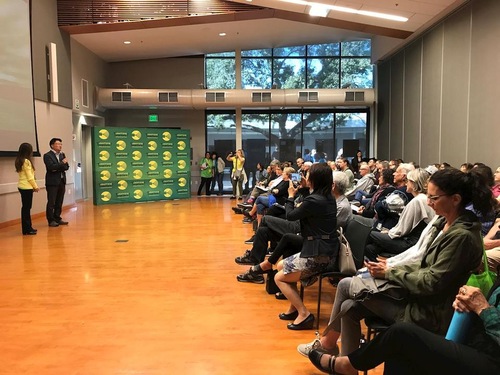 Director Leon Li answers audience questions after the screening of Letter From Masanjia.

A Chinese audience member said that she was very moved by the documentary. She asked the film's director, Mr. Leon Li, if there was anything she could do to help. Mr. Li said that he hopes that more people will watch the film. He explained that Mr. Sun Yi wrote 20 letters pleading for help but only Julie made public the letter she found.

Mr. Li continued, “When Julie discovered the letter, she could have thrown it into the trash just like the other 19 people. However she chose to publish it so that Sun Yi's story would catch worldwide attention. Mr. Sun sacrificed his life to tell his story. As a result of this letter, China abolished the decades-long forced labor system.”