(Minghui.org) The Shen Yun Symphony Orchestra concluded its Taiwan tour at the Tainan Cultural Center Performing Hall in Tainan on September 27, 2018. Over the course of an exhilarating two-week tour, the orchestra presented twelve sold-out performances in ten Taiwanese cities. 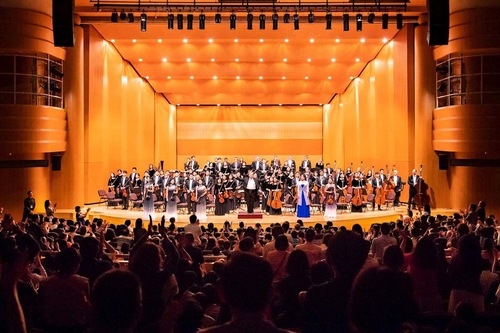 Curtain call by members of the Shen Yun Symphony Orchestra at the Hsinchu Performing Arts Center in Hsinchu, Taiwan, September 20, 2018. 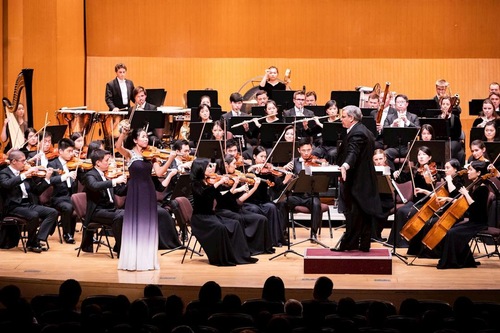 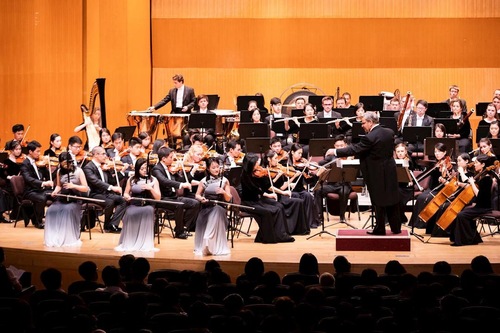 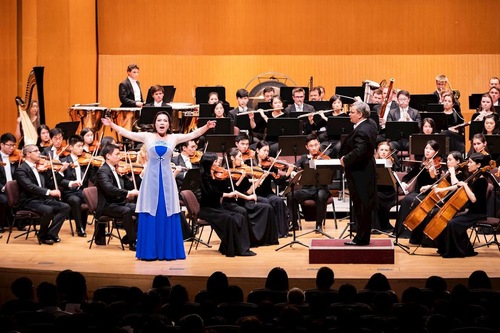 Soprano Geng Haolan at the performance in Hsinchu on September 20.

“Nourishment for the soul” 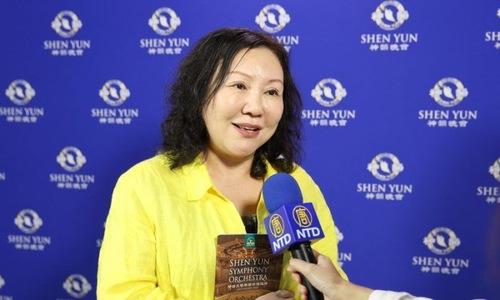 Rose Yu, director of the Yintao Orchestra, at Shen Yun Symphony Orchestra’s performance in Taoyuan, Taiwan on the afternoon of September 22, 2018.

“This is indeed a breathtaking performance... It’s so enjoyable that I was completely captivated, and my worries were gone,” said Rose Yu, director of the Yintao Orchestra.

“The integration of Chinese and Western musical instruments is the perfect arrangement, something I have been pursuing... I regard Shen Yun as the source, which I can learn from. Today, I am here to recharge and to learn,” she said.

“This conductor is the one who helped the audience resonate with the entire performance. If I even learned just a little bit from him, my attending the performance today would be completely worthwhile,” Ms. Yu said.

“[Shen Yun’s] music breaks all the barriers: its audience are people of diverse ages; its performers are from around the world; and both Chinese and Western musical instruments are included. The combination of Chinese and Western instruments do not oppose each other, rather, it pushes Chinese music to another, higher dimension,” Ms. Yu noted.

“[Shen Yun’s music] has the effect of spiritual healing. It’s nourishment for the soul and for personal growth,” she said. 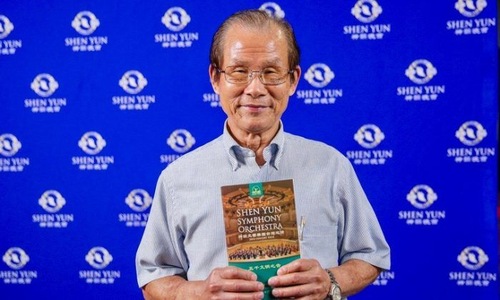 Tien Jin Frank Chang, president of the board of directors of Ling Tung University and former president of National Taipei University of Technology, at Shen Yun Symphony Orchestra’s performance at Chiayi City Cultural Center Music Hall in Chiayi on September 25, 2018.

“Indeed, marvelous! Excellent overall coordination and excellent performances by the conductor with the musicians,” said Tien Jin Frank Chang, the president of the board of directors of Ling Tung University.

“I can sense Shen Yun’s dedication... Listening to Shen Yun’s music and watching Shen Yun’s performances can enhance our horizons,” he said.

“[Shen Yun] is the best spiritual enjoyment... This is a great evening and I have gained a lot,” he added. 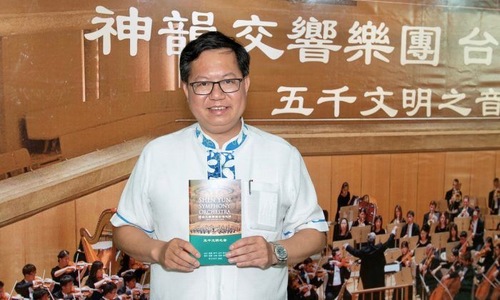 “Remarkable... This is a performance rich in cultural connotations,” said Cheng Wen-tsan, mayor of Taoyuan City.

“The Shen Yun Symphony Orchestra is the most inspiring orchestra that has performed in Taiwan. It blends Chinese and Western musical instruments and styles. It is rich in Chinese culture, and even those who have never received professional training can enjoy [the music],” he said.

“Musical feast bestowed by the Gods” 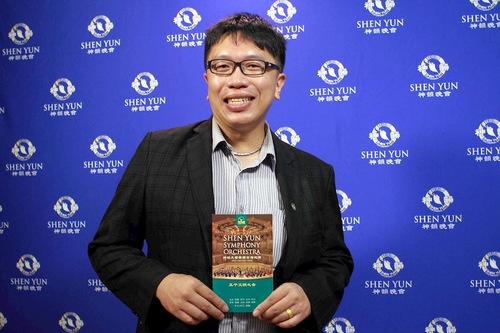 Chen Yung-teng, chairman of the board of a biotechnology company, at the Hsinchu Performing Arts Center in Hsinchu, Taiwan, on September 20, 2018.

“A musical feast bestowed to man by the gods!” said Chen Yung-teng, chairman of the board of a biotechnology company.

“[Shen Yun] allowed us to experience divine spirituality. It elevated our level of mind and health. It also is an inspiration for our future,” he said.

“The power of [Shen Yun's] music can elevate the level and energy of the earth,” he added.

Shen Yun Symphony Orchestra will continue its Asia Tour with upcoming performances in South Korea in Daegu on September 30 and Daejeon on October 2. Tickets and more information can be found at: www.shenyun.com/symphony.