Many audience members, impressed by the unique melodies, said they felt that the music was from the divine. The performance at Daegu received three encores. The performance the following day at the Goyang Aram Nuri Concert Hall also met with long and warm applause. 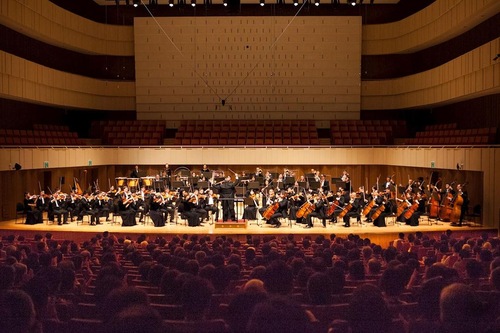 The Shen Yun Symphony Orchestra began their Asia tour at the Daegu Concert House on September 17, 2017. 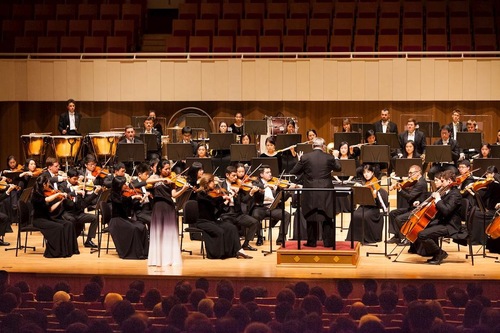 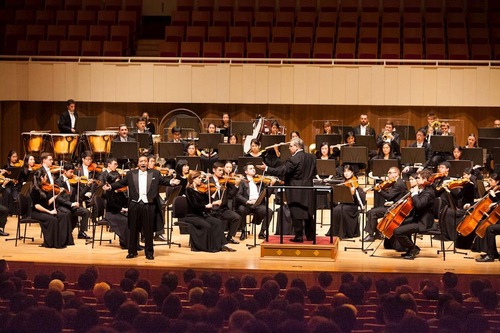 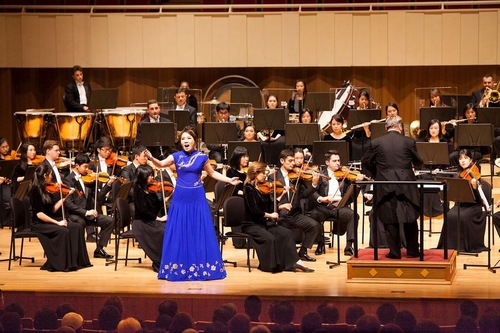 Perfect Fusion of East and West 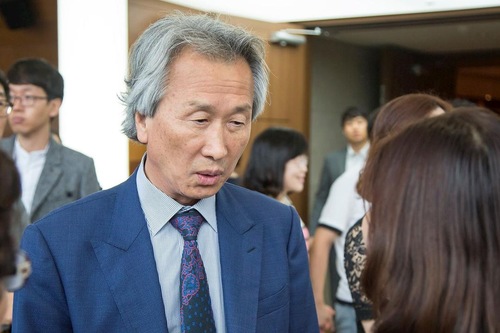 Park Sung Wan, a professor of music at the Busan University and conductor of the Pohang Municipal Symphony Orchestra, said, “The most touching part of the performance was that the music was performed with the perfect combination of Chinese and Western musical instruments. With the perfect fusion of Eastern and Western musical instruments, the music presented by Shen Yun was marvelous.” 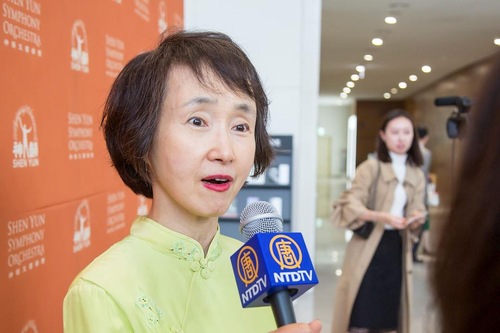 Art professor Jeong Ukhee from the Kyungpook National University said after attending the performance on September 17, “The overall production was excellent, and people can feel its great momentum. This is a very dynamic performance that can make people perceive its great artistic conception, with vitality. This is something we don’t see in other performances.”

She was impressed by synchronization of Eastern and Western music. “The fusion was very natural without anything in conflict,” she commented, “Shen Yun music is a great comfort for Chinese people.”

Ukhee specifically mentioned the art director, “Among the original compositions, there are seven pieces created by Shen Yun’s artistic director, Mr. D.F. They must be liked by people in China.”

A Powerful Energy “Deep Within the Heart” 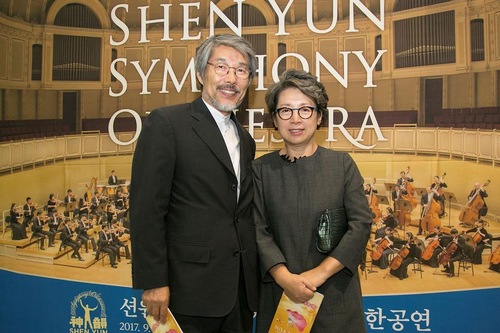 Lee Sang-leem, architect and company representative, said he felt as if the music was from heaven.

Lee Sang-leem, architect and company representative, remarked during the concert at the Goyang Aram Nuri Concert Hall, “I sensed a powerful energy [during the performance], and this energy actually originated from a powerful force somewhere deep within the heart.”

“Shen Yun music, with its high and low notes, gives people a mythical and refreshing feeling. It felt as if this music came from heaven—a heavenly music, something I heard for the very first time. It was beautiful. I felt what it’s like to be in a higher place that is pure and extremely comfortable,” he continued.

He said the performance was very different from what he had experienced previously, and the coordination between Chinese and Western instruments was “simply perfect.” 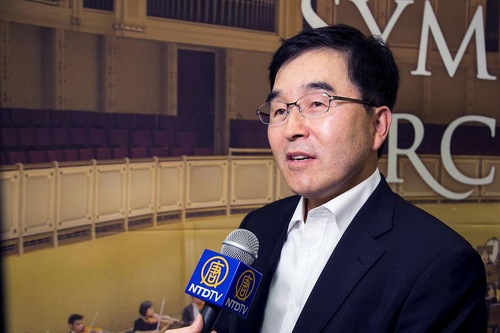 Kim Byeong-hyeon, deputy director of EPROAD, after attending the performance on September 18, said, “Every music piece allowed me to visualize something different. For some I felt the vibrant, rising sun, and for the others, I felt man’s masculinity.”

“Normally in a performance the symphony orchestra takes the leading role. But for Shen Yun Symphony Orchestra, flutes and clarinets took the back seat while the erhu took the lead in the performance. I believe this combination of the Eastern and Western instruments is what makes up a true symphony orchestra,” he added.

He said the performance brought back memories from over ten years ago, when he visited the Mogao Caves in Dunhuang, “The overlapping of the music, along with my memories, during the performance, helped me appreciate how precious it was that a monk [whom I met in Mogao] was slowly becoming enlightened.”

Byeong-hyeon said he was deeply touched by the music, “Especially from the hand gestures and body movements, I felt like the conductor was speaking to me personally.” “This music will become the heart of how music develops in the future.”

He concluded by saying, “This is a must-see concert, for this is an important moment for inspiring people to a new level of music.”