(Minghui.org) Falun Gong practitioners in Europe exposed the Chinese Communist Party's (CCP) brutal persecution during the European Parliament's (EP) last plenary session before summer break in Strasbourg, France, on July 4-8, 2016. Practitioners held group exercises on the grass near the parliament building. Attendees of the plenary session talked to practitioners to obtain detailed information, including about the CCP's crimes of harvesting organs from living practitioners. Many signed a statement calling for the European Parliament to investigate the CCP's organ harvesting. 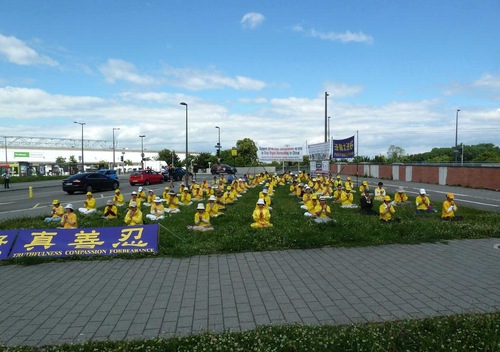 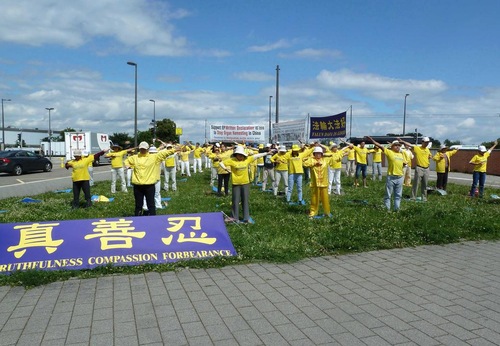 European Falun Gong practitioners collect signatures from attendees of the EP plenary session on a statement calling for the EP to investigate the CCP's organ harvesting crimes. 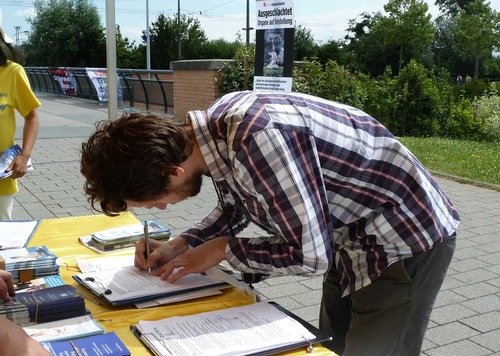 Mr. Michael Oberli, an employee of the EP, signs the statement and plans to spread the news to his colleagues. 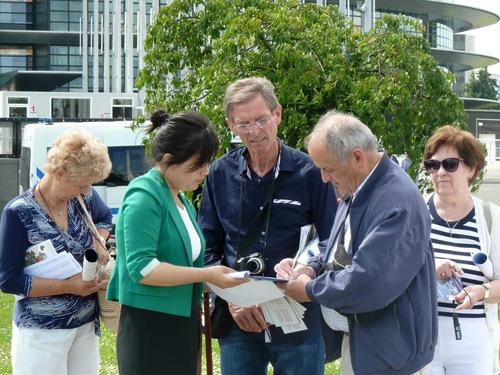 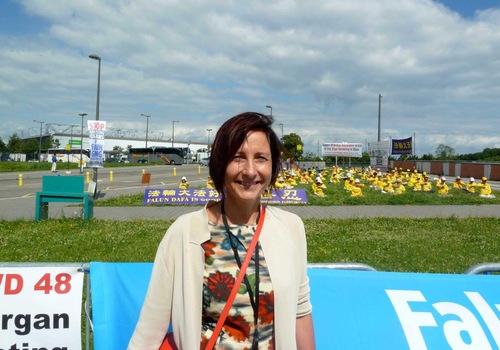 Falun Gong became a topic of discussion among the attendees of the EP session. Some members of EP not only signed the statement, but also came to express their support of Falun Gong practitioners in person.

Ms. Renata Briano, a member of the EP from Italy, took a photo of herself in front of the Falun Gong practitioners' group exercises. She said she would post the picture on her Facebook account to let more people see Falun Gong.

Chinese Attendee of EP Session Shocked by the Atrocities 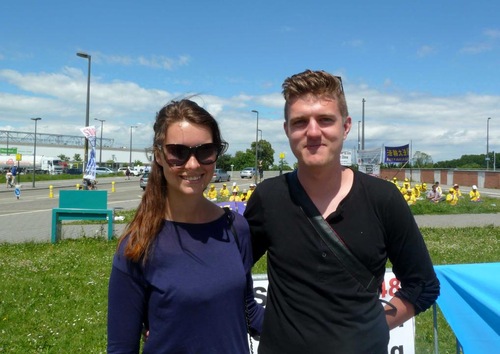 Philip and Anna from Switzerland said, “How can we not sign on seeing it (organ harvesting)? 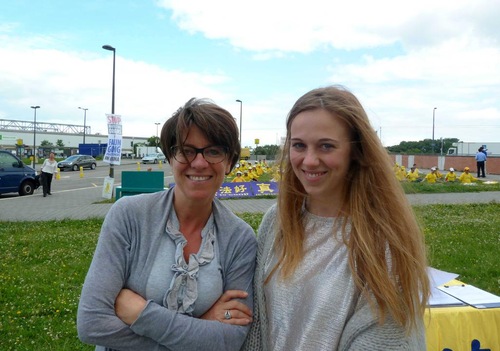 Stephanie and her mother both signed the statement supporting Falun Gong's work opposing the persecution. Stephanie said, “Such [atrocities] must stop!” Ingrid added, “We are living in modern society. We can't allow such things to happen. I hope the world will be become a better place.”