(Minghui.org) Falun Gong (also known as Falun Dafa) practitioners in Malaysia participated in the 2016 Royal Floria Putrajaya, a very popular flower and garden festival, from May 27 to June 4. The Falun Gong Divine Land Marching Band performed on May 29 and received warm feedback. Many people took pictures with the band. 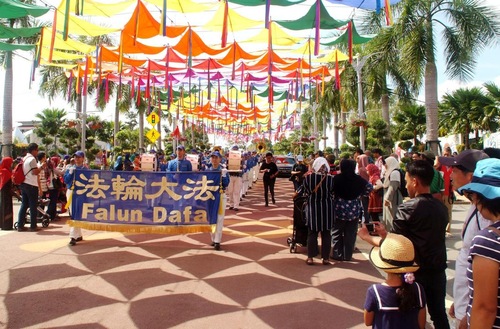 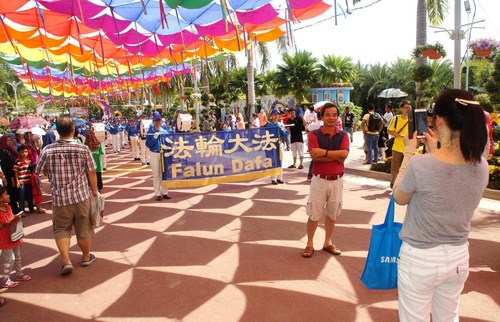 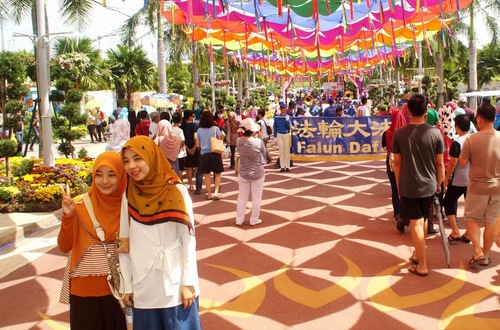 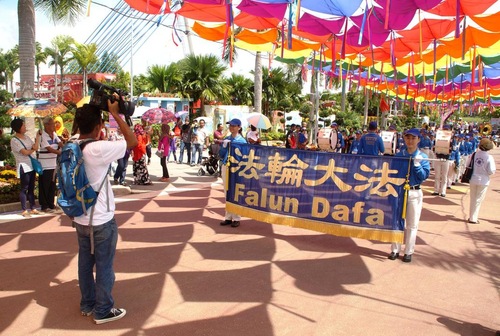 The Divine Land Marching Band performs at the 2016 Royal Floria Putrajaya on May 29, 2016.

Sponsored by Perbadanan Putrajaya (the local governing authority) and cosponsored by the Federal Territories Ministry and the Ministry of Tourism and Culture Malaysia, there were more than 300 activities and performances at the Royal Floria Putrajava this year. The Divine Land Marching Band’s powerful music impressed the audience. 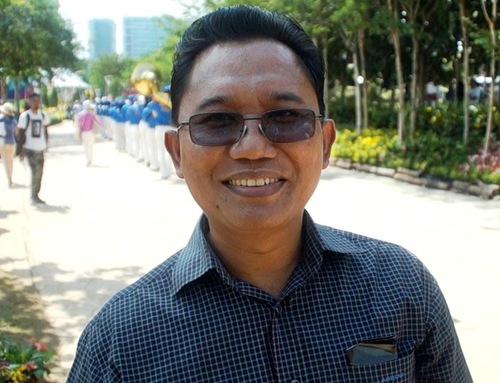 Zamsari from Kuala Lumpur was happy to see the band, commenting, “Great! Super!” Wan Zaili from Johor said the band’s music gave the event a sense of grandeur. 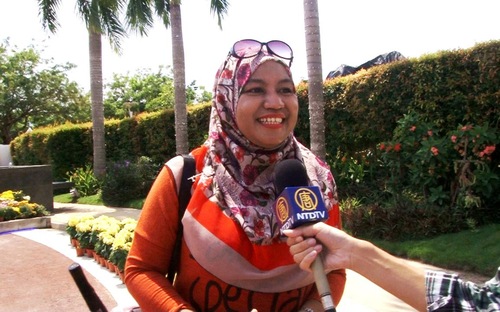 Aini from Penang used to be a member of a school band. Hearing the music of the Divine Land Marching Band, she said, “Falun Dafa's music is great! Falun Dafa is great!”