(Minghui.org) Falun Gong practitioners held in Jiangxi Provincial Women's Prison have been subjected to various forms of abuse and forcibly administered unknown drugs in the authorities' attempts to coerce them into renouncing their belief.

Over the past 17 years, prison guards have used numerous ways to torture the practitioners. Practitioners were beaten, handcuffed and suspended in midair, deprived of sleep, forced to stand for extended periods of time, tied to “tiger benches,” and put in solitary confinement.

Below are a few cases of those who are still held in this prison.

Ms. Luo Jianrong, 48, from Nancheng County was sentenced to four years in January 2014. She has been forcibly administered unknown drugs, which has resulted in a mental disorder.

Her family went to the prison many times but were not allowed to see her because she refused to renounce Falun Gong.

Ms. Luo Chunfang from Taihe County was also administered unknown drugs. She was handcuffed and then hung up. Her mouth was sealed up with tape to stop her from shouting 'Falun Dafa is good.' 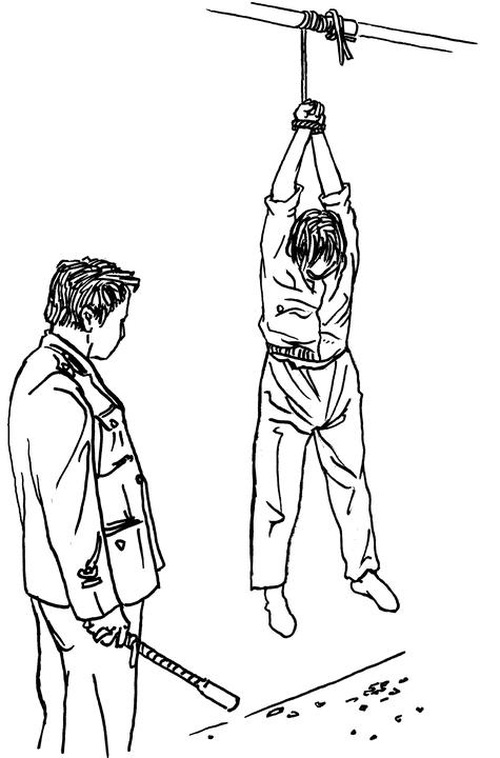 Torture Illustration: Handcuffed and Hung Up

Ms. Jiang Lanying, 49, from Nanchang City was sentenced to three-and-a-half years in September 2015. She has been deprived of sleep and forced to stand for a long time, causing her legs to become dangerously swollen.

Her mother tried to see her many times, but was refused by the authorities because Ms. Jiang refused to renounce her belief.

Prior to this sentence, Ms. Jiang had been sent to a forced labor camp twice for a total of four years and sentenced to prison for five years.

Ms. Fu Jinfeng Handcuffed and Hung up for Six Days

Ms. Fu Jinfeng, 53, from Nanchang City was sentenced to three years in August 2015. She was handcuffed and hung up for six days because she refused to give up her belief.

Ms. Fu has been illegally arrested six times, and has been imprisoned for nearly five years in total.

Ms. Zhu Beishu, in her seventies, from Ruichang City was sentenced to four years in July 2014. She has been abused to a state of amnesia and can no longer take care of herself.

Ms. Tan Meili from Jiujiang City is disabled. She was sentenced to four years in December 2014. She is deprived of family visits because she refused the authorities' demands to give up her belief.

Ms. Tan's mother-in-law went to the Jiujiang Police Department and asked for her release, but she was threatened by officers and subsequently detained.