(Minghui.org) Taipei Bar Association made a public announcement on December 25 to press the Chinese Communist regime on 3 points: release all prisoners of conscience, allow international organizations to enter China to investigate forced organ harvesting crimes, and support Chinese citizens' demands for justice in the persecution of Falun Gong.

Human rights lawyers called on the regime to respect the 3 points in the announcement, to stop the persecution of Falun Gong immediately, and to prosecute Jiang Zemin and other officials involved in the persecution. 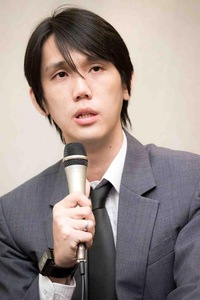 Attorney Wang Long-kuan, chairman of the human rights committee, stated that the Taipei Bar Association made a similar announcement in 2013, raising concern over the Chinese regime's mistreatment of prisoners of conscience, including Falun Gong, and organ harvesting atrocities from living prisoners of conscience.

“The world must condemn any wrongs like this.” Said Wang Long-kuan, “No matter who he is, he who did it should be punished by the law.”

Attorney Xue Qin-feng, executive director of Taipei Bar Association, commented that the government should not violate basic human rights of freedom of speech and religion. She wishes that international organizations will be allowed to enter China to investigate organ harvesting atrocities. 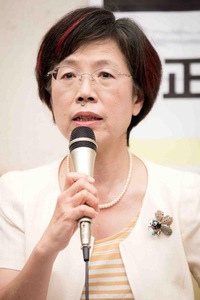 Taiwan legislature passed an Act on Organ Transplantation in June 2015 aiming to prevent Taiwanese patients from traveling to China to receive organs harvested from prisoners of conscience.

Yu Meinu, legislator of DPP and former Chairman of Taipei Bar Association, said that some Chinese people were harassed by the authorities after they complained about the persecution. Even Chinese human rights lawyers were persecuted.

She said it is very important for the Bar Association to encourage more Chinese people to step up and report the crimes. She believes that the human rights situation in China will improve if more people stand up for justice.

She emphasized that it is a good time for the rest of the world to grasp this opportunity and investigate the issues by going to China because Falun Gong and organ harvesting were forbidden topics in the past, however, the current China leadership shows some tolerance on the topics.

“There is no justice if the truth is not presented.” Yu said.