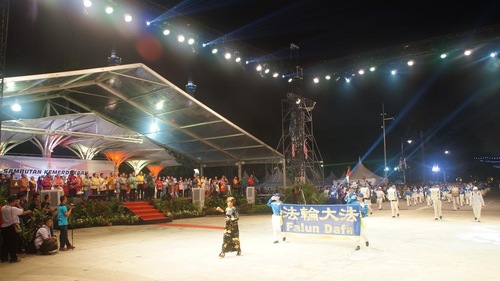 The band passing by the VIP stage. 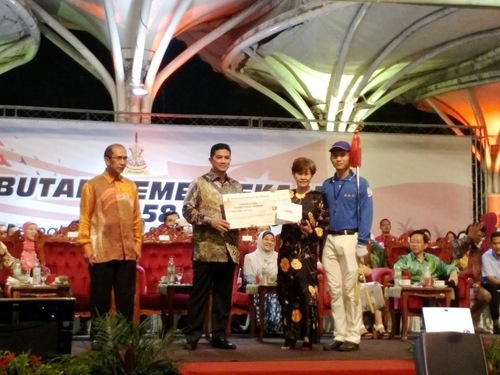 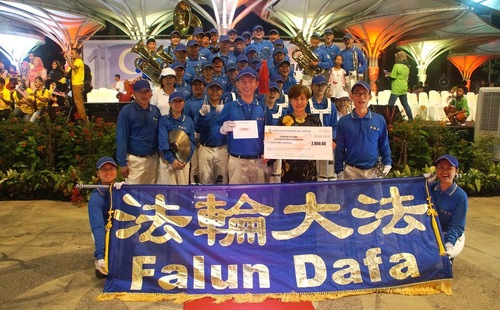 Group picture of the band

Sixty-one groups from each level of the government in Selangor, public schools, and non-government associations performed at the parade.

When the Falun Gong group passed by the VIP stage, the host introduced them to the spectators: “Falun Dafa is a great practice. It purifies people's hearts and brings about good health. This band would like to introduce the wonderful and healthy lifestyle to society.”

Selangor is the most populated state in Malaysia, and is the home of Kuala Lumpur International Airport and Port Klang—the largest port in the country.