September 20, 2015 |   By Minghui correspondents in Shandong, Gansu, Heilongjiang, and Hebei Provinces in China

(Minghui.org) More than 177,000 Falun Gong practitioners and their families have filed criminal complaints since May 2015 against Jiang Zemin, former Chinese dictator, for launching the persecution of Falun Gong.

News of this phenomenon has spread across China like wildfire. Posters that call for an end to the persecution and support lawsuits against Jiang were recently seen in many provinces.

Below are posters from Guansu, Shandong, Heilongjiang and Hebei provinces. 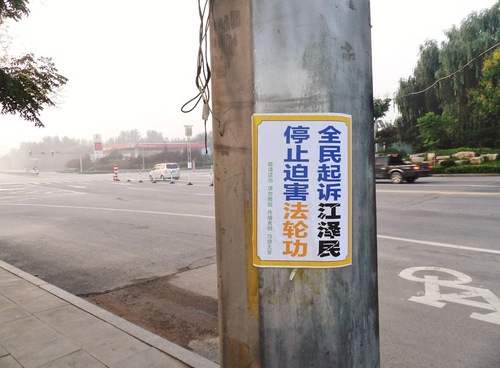 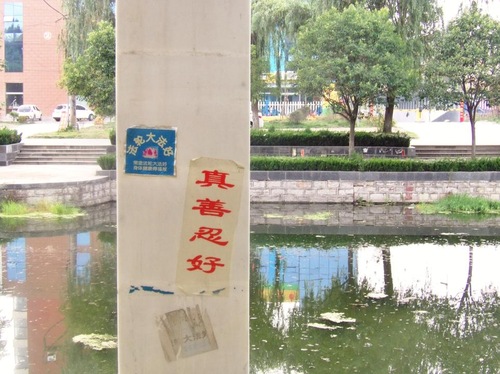 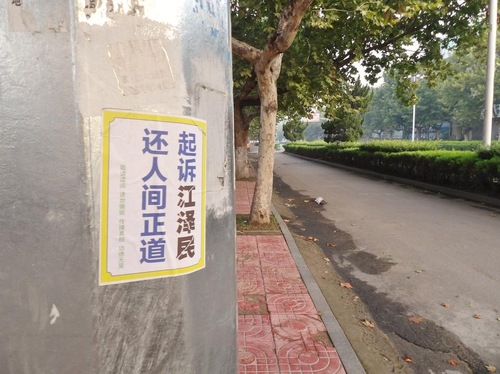 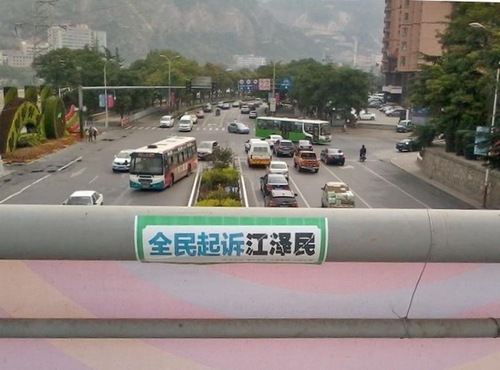 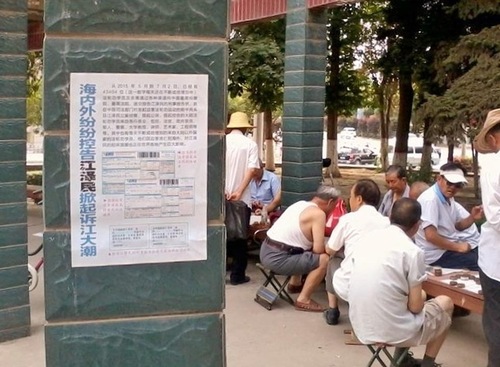 The poster explains that people both inside and outside of China are suing Jiang. 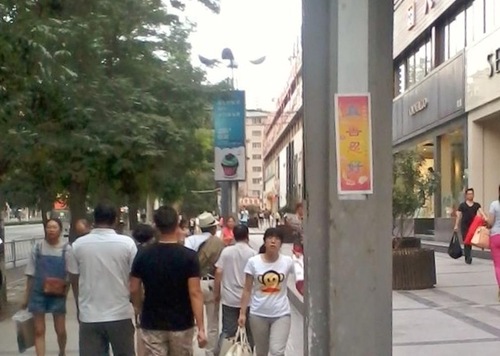 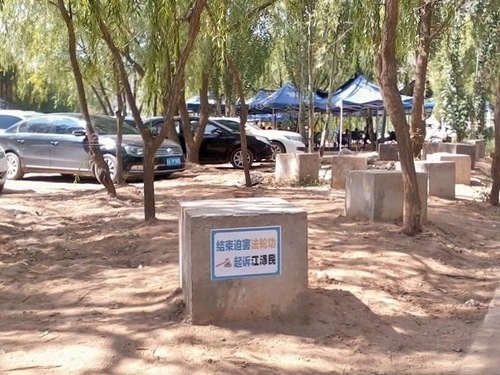 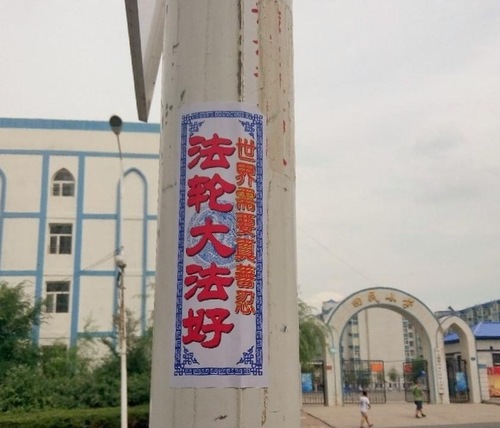 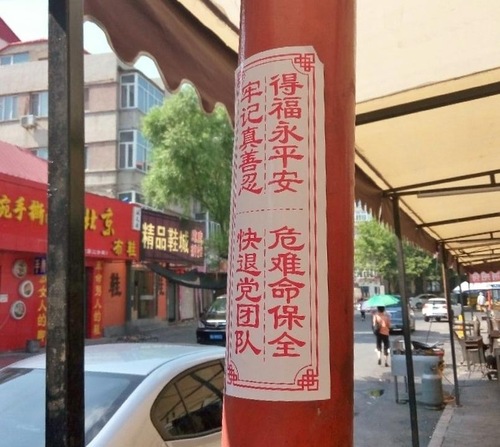 Poster reads, “Separate yourself from the Chinese Communist Party and its bad deeds, and you will be blessed in times of crisis.” 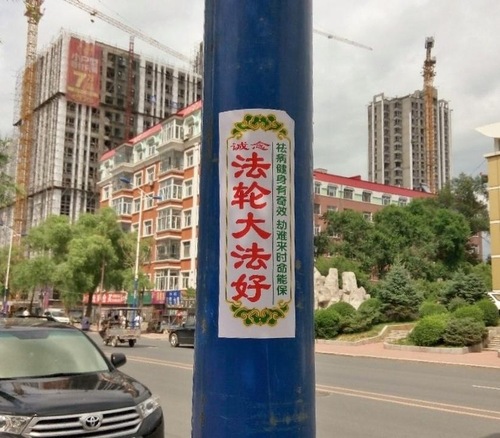 “Say, 'Falun Dafa Is Good' with Sincerity, and You Will Be Blessed” sign 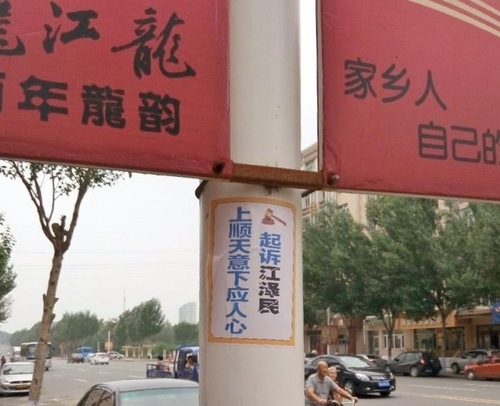 Poster under a billboard: “Following Heaven's Will to Bring Jiang Zemin to Justice.” 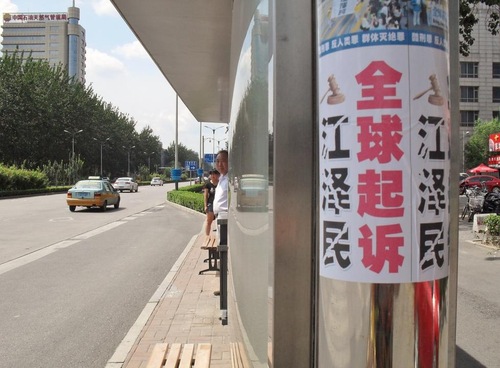 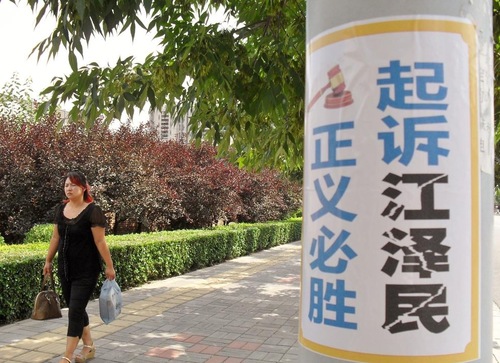 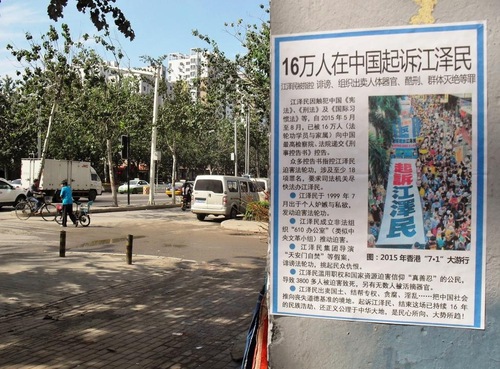 Poster says that 160,000 people in China have filed lawsuits against Jiang Zemin. 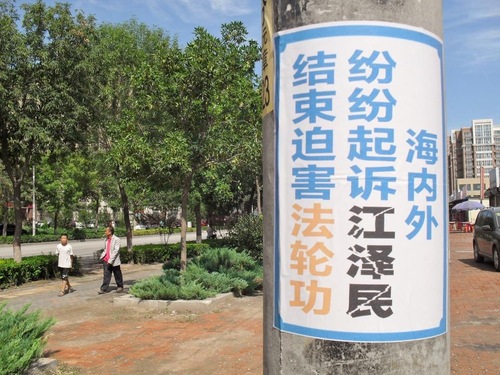 Poster reads, "People inside and outside China have filed lawsuits against Jiang to end the persecution of Falun Gong." 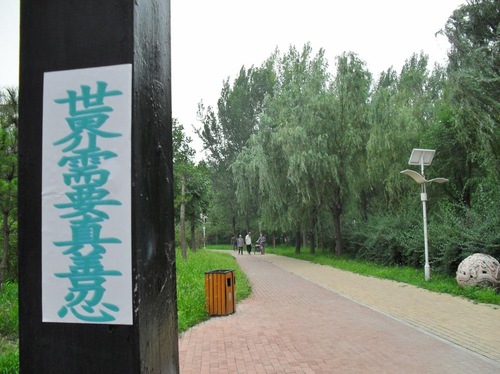 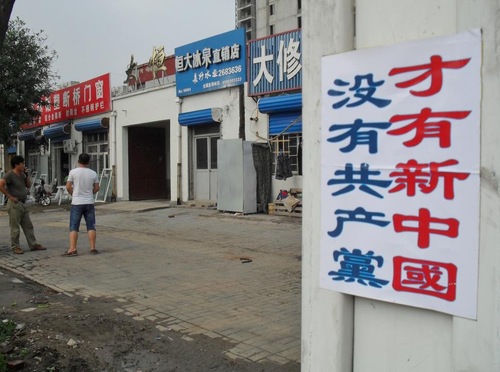 Poster reads, "A New China Will Be Born without the Communist Party."