(Minghui.org) As thousands of art lovers from around the world and across Austria celebrated the annual Salzburg Easter Festival, Falun Gong practitioners provided them with an opportunity to demonstrate their goodwill to help stop a state-sanctioned crime in China – forced organ harvesting from living Falun Gong practitioners and other prisoners of conscience by the Communist regime.

Many people were shocked at the regime's brutality against the peaceful practitioners of Falun Gong, an ancient spiritual practice. Large numbers signed a petition calling for an end to the heinous crime during the two-day events that were held on the weekends of March 21 and March 28, respectively. 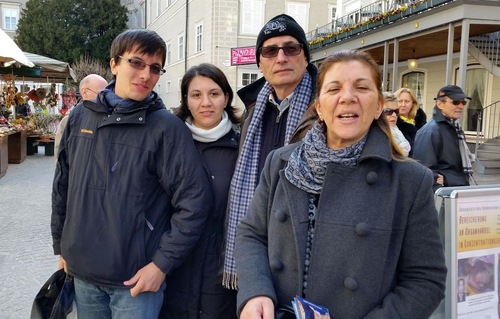 Italian tourists Ms. Paola and her family: “We are against the Chinese Communist Party” 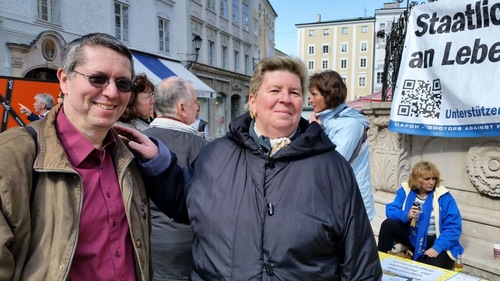 Ms. Heinemann and her husband sign a petition calling for an end to the persecution 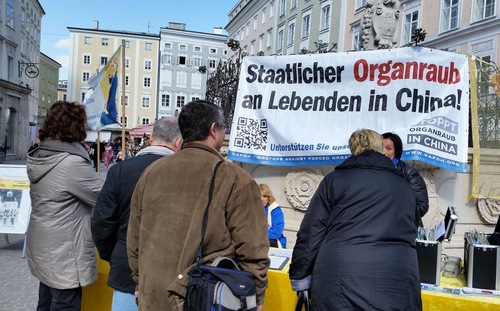 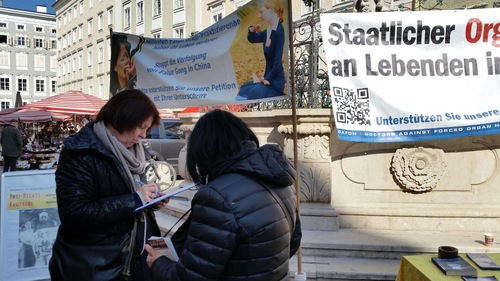 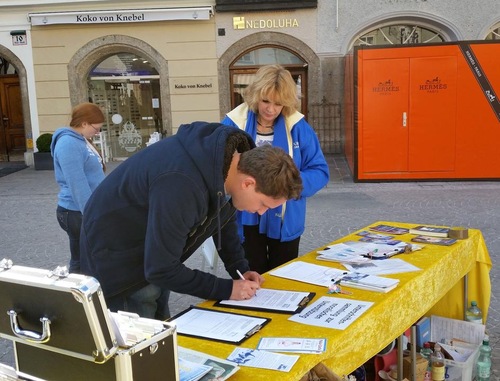 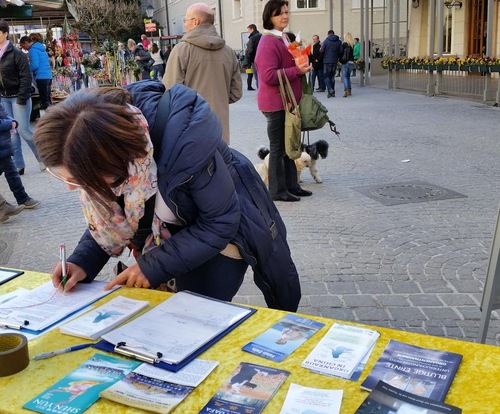 “It's the most evil thing happening in the world,” one person commented.

“Well done! It's important that you hold such an activity here to inform people,” another person encouraged the practitioners.

Ms. Heinemann, a tourist from Germany, wept after she learned about the Chinese regime's atrocities against Falun Gong practitioners. She signed the petition and took a copy of an investigative report on the regime's forced organ harvesting from living Falun Gong practitioners. She returned 30 minutes later with her family and friends, who all signed the petition to show their support.

Italian tourists Ms. Paola, her husband and their children all gave their support by signing the petition. Ms. Paola told the practitioners that it was the first time they had heard about the brutal persecution of Falun Gong by the Chinese Communist Party (CCP).

She said that they had learned about the CCP's human rights violation from friends. “We are against the CCP,” she said loudly.

A surgeon who performs organ transplants was shocked upon learning that the CCP's doctors forcibly harvest organs from living Falun Gong practitioners. He signed the petition and said that he opposes such atrocities.