(Minghui.org) Dutch Falun Gong practitioners went to Amsterdam, the capital city, on March 29, 2015 to raise awareness of the persecution of the spiritual practice in China by performing meditation exercises and laying out posters at Dam Square adjacent to the Royal Palace.

Tourists from various countries stopped by despite the light rain. Impressed by the peaceful, gentle movements, some joined the exercises. Many learned about the violent suppression of Falun Gong by the Chinese communist regime through reading posters or talking with practitioners.

They also signed petitions to condemn this human rights violation in China and expressed their hope that practitioners in China would soon be able to enjoy the freedom of belief. 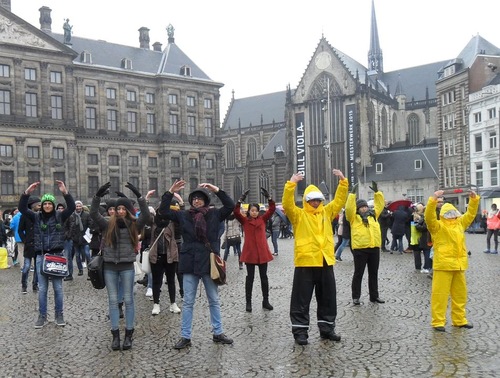 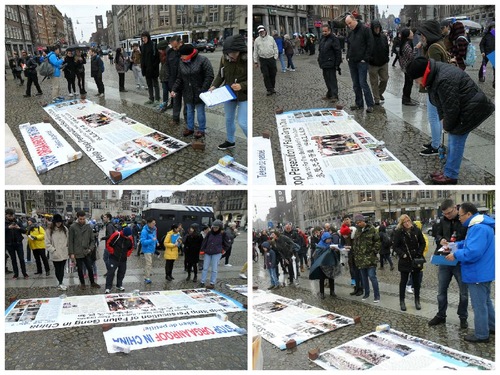