Malaysia: Chinese New Year Parade Brings Blessings, Happiness and Something to Think About

(Minghui.org) To Li Guijin, who moved from China to Rawang, Malaysia 30 years ago, a traditional Chinese New Year dragon dance has been a long-missed event. That is, until she witnessed it again this year near her home on February 22, the 4th day of the Chinese New Year holidays. With a big smile on her face, she urged her husband to take photos, photos and more photos.

The joyful event was a New Year parade organized by Falun Dafa practitioners in Malaysia. They brought a stirring marching band, waist drums and a dragon dance to Kanthan Baru in Perak Province, and Serendah and Rawang in Selangor Province on February 21 and 22.

Kanthan Baru has a large population of Chinese residents. A large crowd waited at the parade's starting point. Among them was Mr. Li Yongsen, a local resident who operates a furniture company in Singapore. Li said that he hadn't seen a Chinese style New Year parade in many years. “It is full of fun and happiness,” he exclaimed. 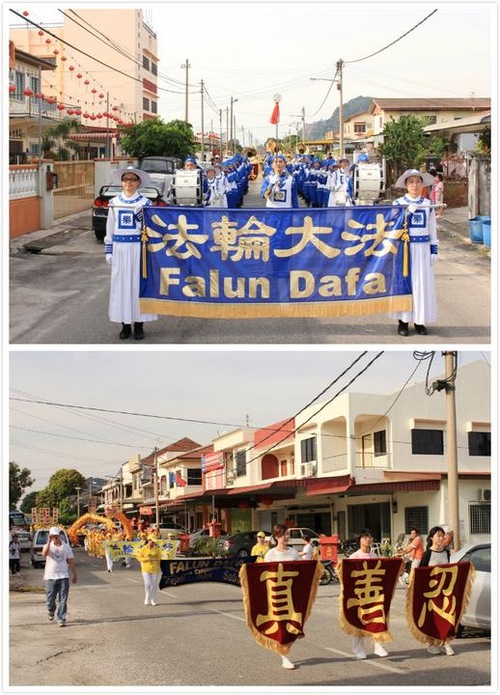 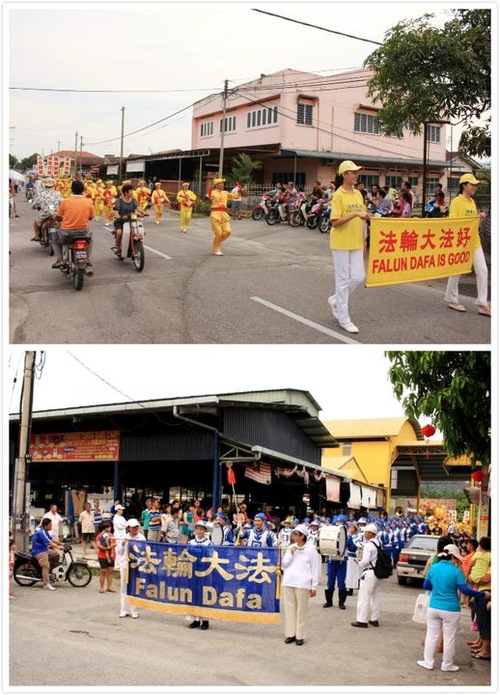 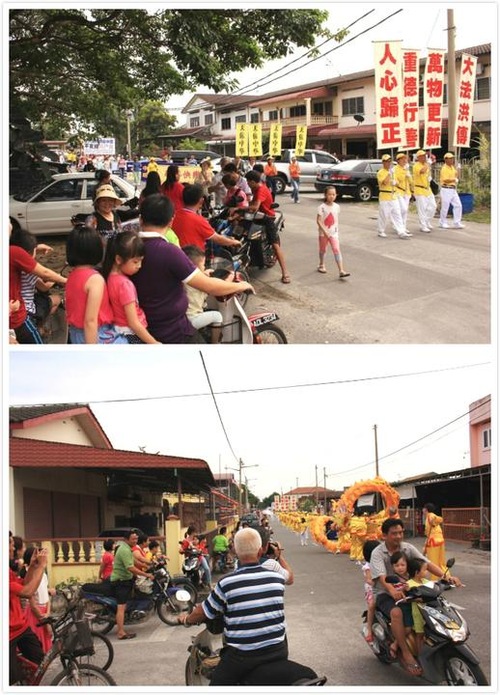 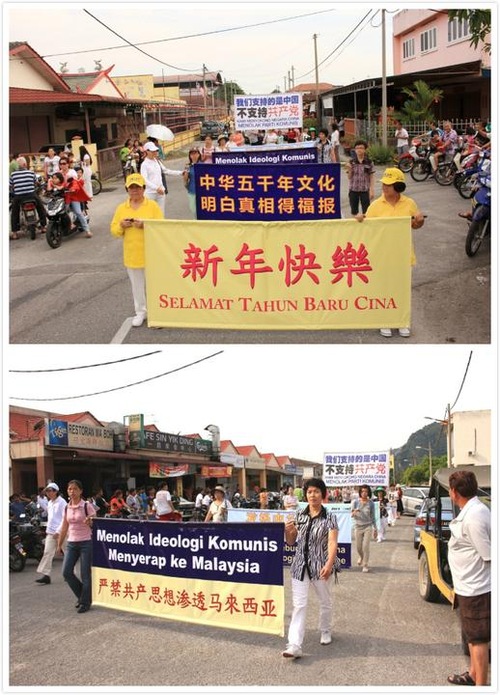 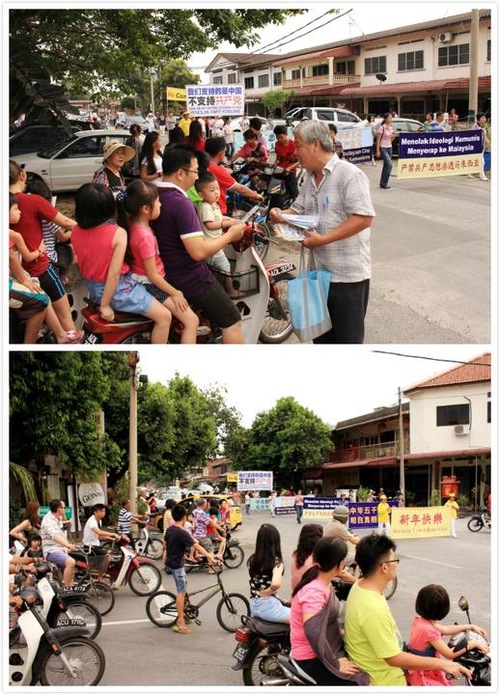 The parade was not limited to fun and happiness. The Quit the Communist Party Service Center was also a part of the procession, giving spectators something to think about with banners like “Refuse Communist Ideology in Malaysia.”

At Senrendah, Ms. Zhu Guilian, the village master, led the parade through the streets. Recognizing that Falun Dafa is part of the traditional Chinese culture, she welcomed the practitioners and also invited them to come back to teach the Falun Gong exercises in the village.

Drawn by the music and the message, many people followed the procession on their motorcycles and bicycles block after block.

At Rawang, 71-year-old Lin Jinkuan was so happy to see the parade. “I have never seen a Chinese New Year parade during my whole time in Rawang,” said Lin. “It is very special and very good. I hope to see it every year.”