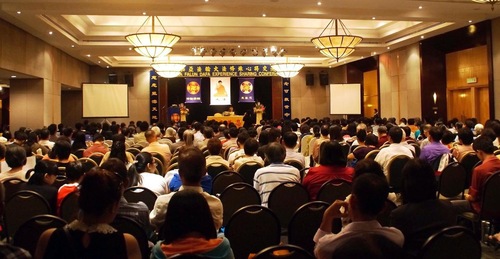 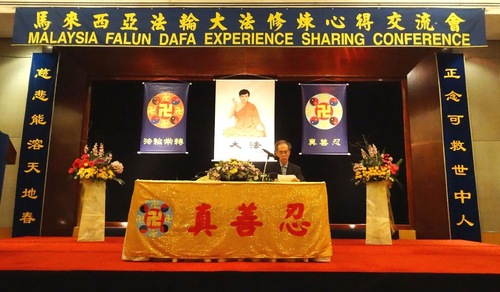 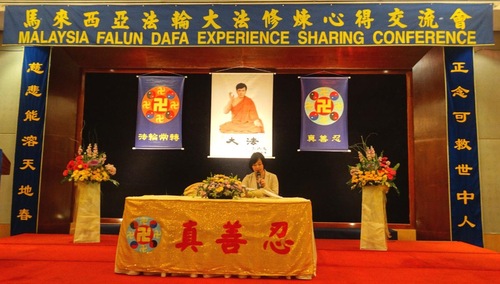 Reading Zhuan Falun Made Me See through the CCP's Lies

Mr. Guan Jinhe has been practicing Falun Dafa for a year. He used to surf the Internet a lot and followed political events in China. He learned about the persecution of Falun Dafa from the Epoch Times newspaper and NTDTV. He couldn't help but notice that overseas reports about Dafa were different from what the Chinese government presented. This made him curious about Dafa. He downloaded the book Zhuan Falun from the Minghui website to see what Falun Dafa was all about.

Mr. Guan recalled, “I was only halfway through the book when I realized that what the Chinese Communist Party (CCP) said was wrong. After reading Zhuan Falun, I found answers to many questions and understood what cultivation really is. I found Master's exercise teaching videos online and learned the exercises on my own. On the second day of doing the exercises, I had a strange taste in my mouth when I smoked cigarettes. I didn't know what happened. Thinking back, I realize that Master was already taking care of me at that time.” Four days after he started doing the exercises, Mr. Guan quit smoking, a habit he'd had for 15 years. He realized that Master was cleansing his body, and decided to start practicing cultivation ever since then.

Mr. Guan said he used to be ill-tempered, and competed for fame and fortune. After he started cultivating in Dafa, he let go of his attachments to fame and wealth, and no longer felt upset over any loss of personal interest. He sincerely thanked Master for bringing him to such a beautiful realm.

Clarifying the Truth to a Police Chief

Ms. Yang Jinlian from Kuala Lumpur shared her experience of clarifying the truth of Falun Dafa to the police.

One day, Ms. Yang went to talk about Dafa to Chinese tourists at a tourist spot. As soon as she arrived, she saw that a police chief had stopped a fellow practitioner's car. The car was filled with truth-clarification flyers. The police officer talked to the practitioner in a vicious manner, and even acted as if he were going to arrest the practitioners. Ms. Yang asked him, “Who sent you here?” The police chief said it was the Chinese Consulate. Ms. Yang told him, “Don't follow the wicked. Falun Gong practitioners have been terribly persecuted in China. Now they are under the protection of the United Nations.”

The police chief asked Ms. Yang to show her permit to distribute flyers. Ms. Yang replied, “Do fire trucks and ambulances need permits to go save people?” She told the police chief about the CCP's crime of harvesting organs from living Falun Dafa practitioners in China. Pointing at the pictures of the chief perpetrators who have been sued overseas, Ms. Yang said, “Their crimes have been exposed around the world. I'm sure you don't want your picture posted on this display.”

The police chief softened his tone, and said, “I have been here a few times, but no one had talked to me about all of this before. Thank you for telling me so much today!” He asked for a copy of the flyer with information about the lawsuits against Jiang Zemin and said that he would ask someone who speaks Chinese to translate it for him.

Ms. Liu from mainland China shared her experience of making phone calls to rescue fellow practitioners imprisoned in China. She said that as long as Dafa practitioners put their hearts into it, we should be able to do well. She works wherever she is needed to offer salvation to sentient beings. She feels that it is so important to make phone calls to China to rescue incarcerated practitioners.

One night, Ms. Liu called a police station upon hearing that four Falun Dafa practitioners had been imprisoned there. She told the police that the “self-immolation on Tiananmen Square” was a staged show to defame Dafa, that Dafa is being practiced around the world, and she talked about the evil nature of the CCP. She made another phone call the next morning to rescue the same four practitioners. A CCP official picked up the phone and said that they had received more than 300 phone calls the night before. Even though he started cursing at her, Ms. Liu told him kindly that participating in the persecution would bring him misfortune. The Chinese official was greatly shaken. Two of the imprisoned practitioners were released later that day.

Mr. Li Mingke had heard about Falun Dafa more than ten years ago, but he had been deceived by the CCP's propaganda and slanderous lies. Fortunately, he met a Falun Dafa practitioner and a Chinese medicine doctor in 2012, who told him the true story of Falun Dafa. Mr. Li then took up cultivation practice himself.

He said that he used to indulge himself in materialism, and his moral standard had fallen down, drifting along with the degenerated morality of society. As a taxi driver, he used to overcharge his customers, and got angry easily. It was the power of Falun Dafa that changed him. He now follows Dafa's principle of Truthfulness, Compassion and Forbearance in his life and work, and he has become patient and fair. He frequently looks inward and constantly reminds himself not to go astray.

As Mr. Li made improvements in the cultivation of his xinxing, all of his physical ailments gradually disappeared. He used to have stomach disease, arthritis, hypertension and other health problems. Now he feels healthy and light.

Mr. Li gets to talk to many people at work, including many from mainland China. He tells them about Falun Dafa and gives them introductory flyers. Chinese people are surprised to find out about the brutal persecution in China. Mr. Li does his best to talk about the benefits of Dafa to every customer and to expose the persecution in China.

The conference attendees treasured this opportunity to share experiences and to improve together on the path of cultivation.