(Minghui.org) At Batu Caves, a well known tourist destination in Malaysia, Falun Gong practitioners collected signatures on August 16 and 17 to call on the United Nations High Commissioner for Human Rights to ask the Chinese Communist regime to stop live organ harvesting. Many tourists signed the petition condemning this crime. 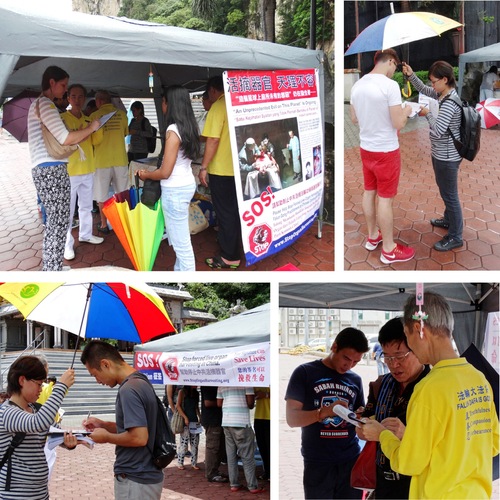 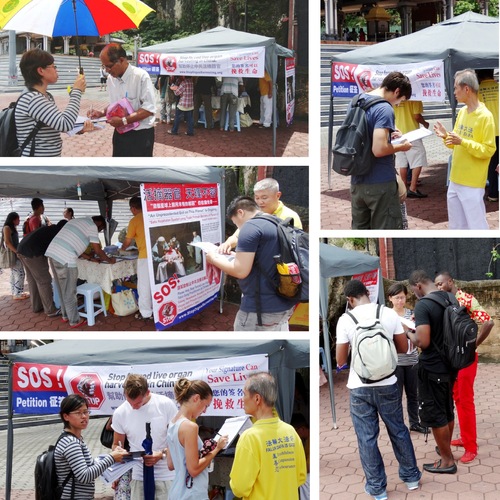 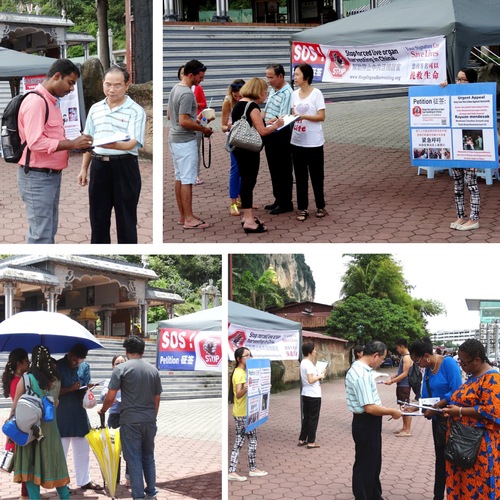 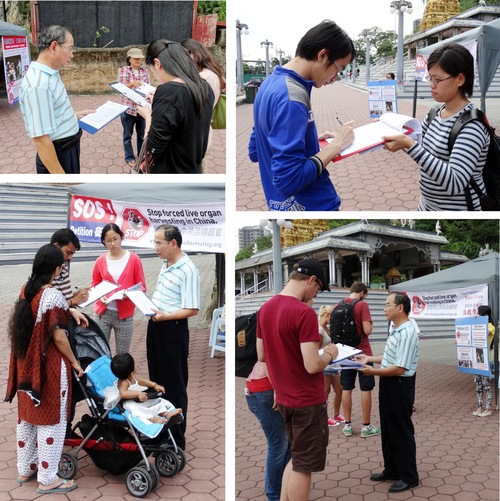 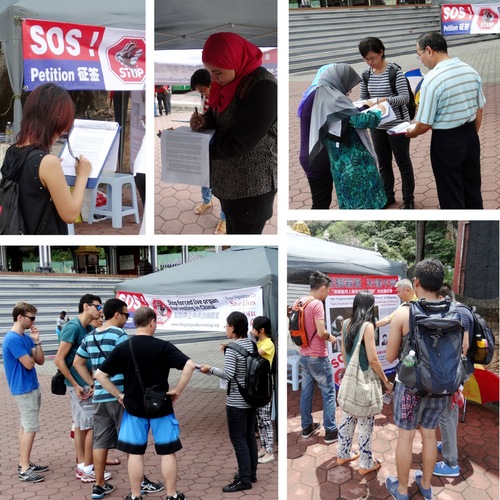 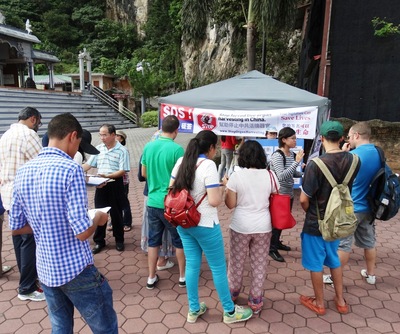 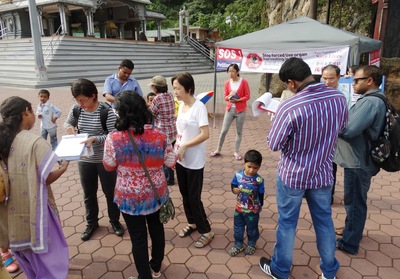 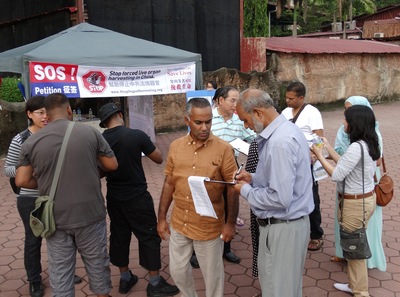 Many tourists to the caves paused when they saw banners that said, “Stop Forced Live Organ Harvesting in China,” etc. and asked questions. Many signed the petition condemning the communist regime's atrocity.

Hamond from France indicated that he knew what the communist regime was like, especially after June 4th incident on Tiananmen Square in 1989. After hearing about the live organ harvesting, he signed the petition readily.

An African tourist who had studied military medicine in Guangzhou, China, told the practitioners in fluent Chinese that he knew about the live organ harvesting. He said his friends in China knew about it, too, but did not dare to speak out. A practitioner told him, “A doctor involved in live organ harvesting in China has been arrested. What goes around comes around. Everyone should support justice and sign the petition to end this crime.” The tourist and his two friends signed the petition after listening to the facts.

Falun Gong practitioners spoke to people from all over the world and from all walks of life. Prof. Jan Lamote, an organ transplant doctor from Belgium, toured Batu Caves on August 16.

He signed the petition without hesitation. When a practitioner began to tell him about the live organ harvesting, his friends said that he was an organ transplant physician and already knew about it. Prof. Lamote told everyone that, based on medical ethics, the organizing committee of the 2014 World Congress of Transplantation in San Francisco did not allow 35 Chinese doctors to attend the meeting. He encouraged the practitioners to keep up the good work.

A Local Is Moved to Tears

A local Indian man who frequently feeds the monkeys at Batu Caves saw the practitioners collecting signatures and studied the banners. He said, “Recently, somebody was giving out information about the Chinese Communist regime's live organ harvesting from Falun Gong practitioners, and I read about it. It upset me so much I was moved to tears.”

Practitioner Ms. Zhuan, who participated in collecting signatures, said, “During the two-day event, many people learned the facts and expressed their appreciation. They also indicated that they would share the information with their friends and family. Some even shook our hands and encouraged us to keep going.”