(Minghui.org) Mr. Lu Kaili and Ms. Sun Yan were once a happy couple. Mr. Lu was an engineer at the Dalian Crane Group and Ms. Sun was a kindergarten teacher at the school affiliated with the Dalian Petrochemical Company. Both of them were diligent employees and had been rewarded for their excellent performance. Despite their good standing, they have been subjected to brutal persecution over the past decade simply because of their belief in Falun Gong. They have hardly even seen each other because of the persecution. 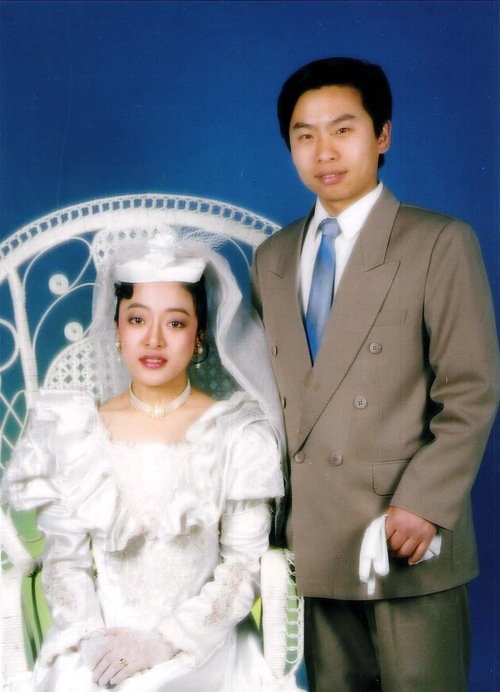 Ms. Sun was illegally detained six times after the persecution of Falun Gong began in 1999. She was tortured in vicious ways during her detention: She was shocked with electric batons, subjected to death bed torture, her four limbs were simultaneously pulled away from her body, her privates were burned and stuffed with hot peppers, she was tortured with thick knotted ropes in her bottom, and she was forced into doing the splits. When she was finally released and had returned home, her husband was not there to welcome her since he himself was still imprisoned. 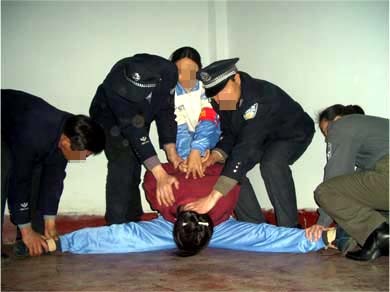 Torture Illustration: Forced into the splits

Mr. Lu has been arrested, detained, and sentenced several times since 1999. The Liaoyang City Court sentenced him to 10 years in prison in April 2006. He was sent to the Yingkou Prison in early 2007 and was transferred to the Panjin Prison on December 20, 2007.

He was brutally tortured in the Panjin Prison and was subjected to more than 20 different kinds of torture over the years. On one occasion, prison guards shocked him with several 150-volt electric batons for six consecutive days. He had open wounds and bruises all over his body.

Around 6:40 a.m. on August 30, 2010, Mr. Lu fell to the ground from the top floor of a prison workshop. His lumbar vertebrae, pelvis, and ankle bone were broken, and he was paralyzed from the waist down.

Ms. Sun went to the prison several times to see her husband, but she was never allowed to see him. With the help of a lawyer, the couple finally got to see one another after 14 months of separation. Mr. Lu was carried out to the visitation area by an inmate. His complexion was sallow and his lower body was limp. He was incontinent, carried a catheter bag, and he was unable to care for himself.

He was so weak that he did not even have enough strength for a 10-minute conversation with his wife. Ms. Sun was heartbroken upon seeing her formerly healthy husband in such a condition.

Officials at the Panjin Prison transferred Mr. Lu to the Jinzhou Prison on May 8, 2012, without notifying any of his family. When Ms. Sun finally learned of the transfer, she went to visit him at the Jinzhou Prison. However, neither Ms. Sun nor Mr. Lu's family have been permitted to see him for the past two years. It was reported that Mr. Lu had symptoms of uremia (an illness accompanying kidney failure), that his legs were severely swollen, and that three people were needed to care for him.

Ms. Sun and Mr. Lu's family again went to the prison along with a lawyer on January 16, 2014, just before the Chinese New Year, hoping to see Mr. Lu. The lawyer had a certificate issued by the Liaoning Province Prison Management Bureau granting permission for Mr. Lu's family to visit him.

Officials at the Jinzhou Prison not only rejected their visitation request again, but they also detained all of the family inside a room within the prison and threatened them. The pressure was so intense that Ms. Sun passed out. To avoid being held responsible for her condition, the prison officials who were detaining Mr. Lu's family left the scene immediately. Ms. Sun and the rest of the family were unable to see Mr. Lu that day.