(Minghui.org) Falun Gong practitioners in Malaysia held a series of truth clarification activities at Taman Metropolitan Kepong on December 6, 2014, the eve of the 2014 Falun Dafa Experience Sharing Conference. The activities included a parade, a group exercise, and a petition signature collection asking the United Nations to stop the Chinese Communist Party (CCP) from harvesting organs from living Falun Gong practitioners in China. 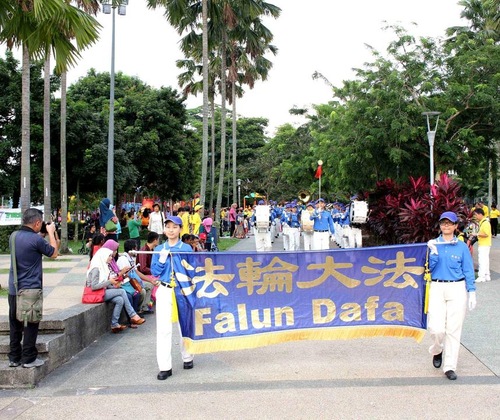 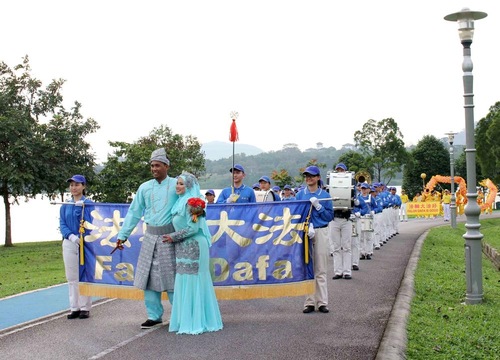 A newlywed couple poses for a photo in front of the Falun Dafa parade. 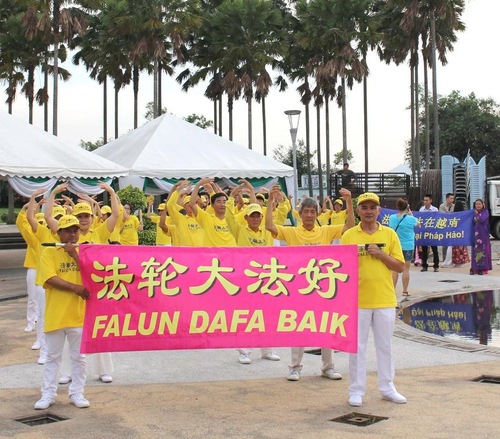 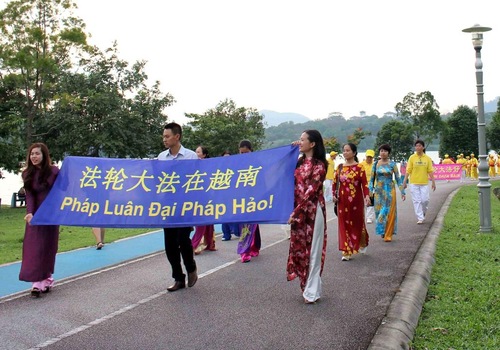 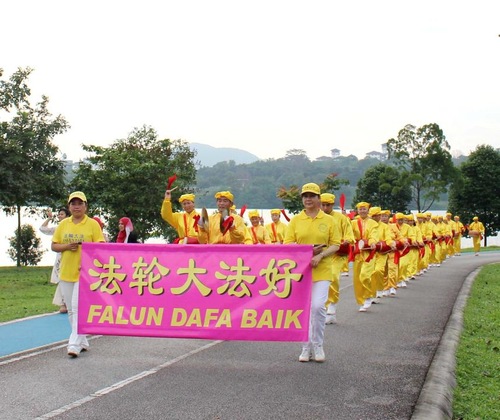 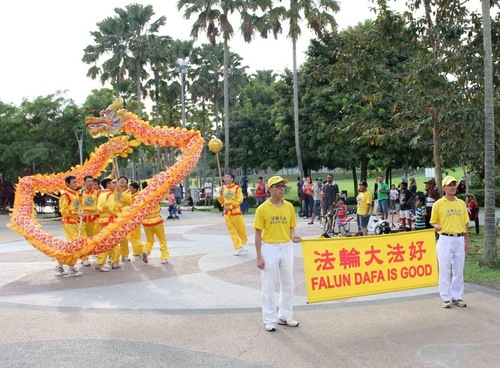 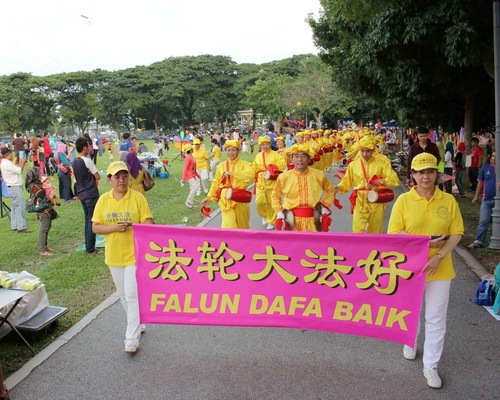 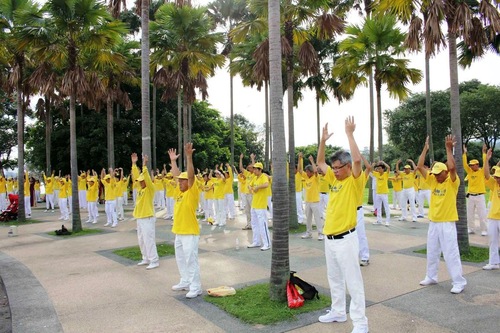 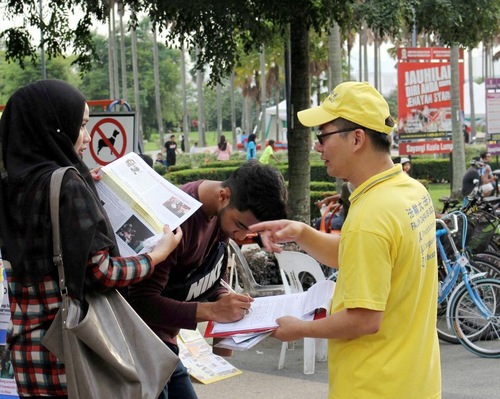 Signatures collected on petition calling for an end to the CCP's organ harvesting crimes.

Many people signed the petition as soon as they heard about the CCP's organ harvesting from living Falun Gong practitioners. They asked for more information about it, and strongly condemned the CCP's atrocity. One local businessman encouraged Falun Gong practitioners to come every day to collect signatures. He said that the more people know about it, the sooner the crimes will stop.