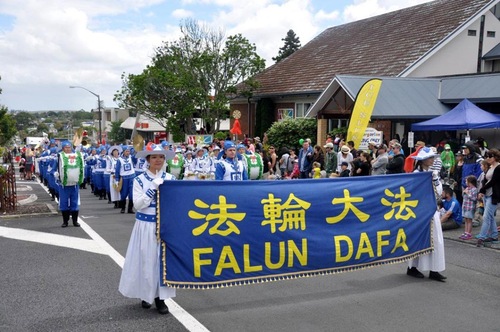 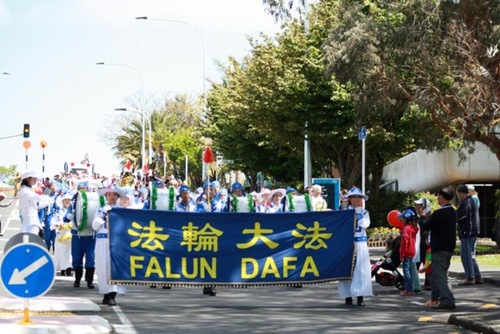 Auckland is the largest and most populous urban area in New Zealand, home to 31% of the country's population. The parades took place in Orewa and Glenfield to the north, Papatoetoe to the south, Blockhouse Bay to the west, and Howick to the east.

Many people gave the band a thumbs-up and took pictures. Some danced to the music of “Falun Dafa is good” and applauded, “This is great music!” “Merry Christmas!”

A float with banners of “Falun Dafa Is Good”and “Truthfulness-Compassion-Tolerance” led the band. Some practitioners demonstrated the five sets of Falun Dafa exercises on the float; others dressed as celestial maidens and distributed bookmarks containing information about the practice. Event attendees were delighted to accept the bookmarks and origami lotus flowers. 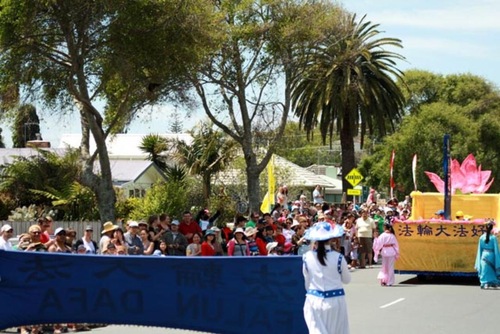 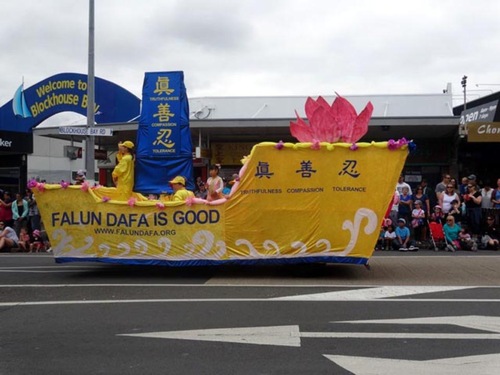 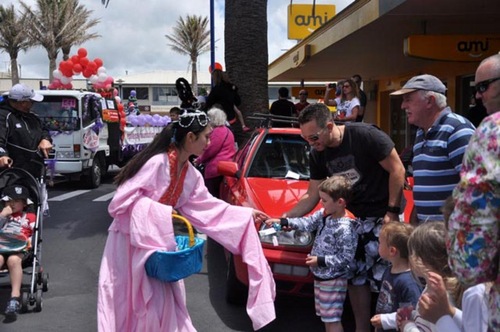