June 29, 2013 |   By a Minghui correspondent from Shandong Province, China

(Minghui.org) On May 24, 2013, police officers in Pingdu, Qingdao City, Shandong Province, arrested three Falun Gong practitioners who were distributing Falun Gong flyers. Two of the three, Ms. Sheng Shuli and Mr. Li Zhengxun, are still in cusody. Ms. Sheng, 45, has a daughter and a disabled son, both in elementary school.

When Mr. Li Zhengxun from Lijia Village was talking to people about Falun Gong, police from the local station arrested him. They took him to Pingdu, where he is still being detained. 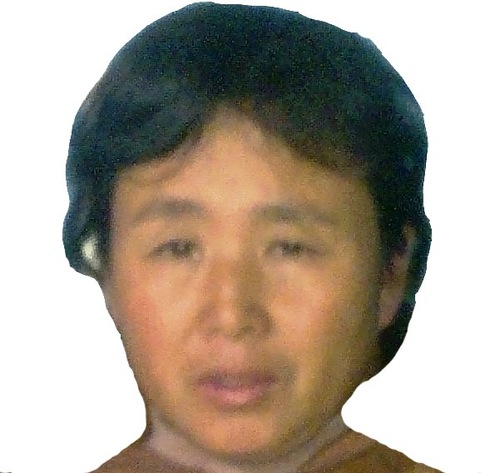 Their families heard about their arrest and went to ask the police to get them released. Their families were not allowed to see them. They waited outside until midnight hoping to see their detained family members. At midnight they went home, but returned the very next day at 7 a.m. Jiudian Police Station officers told them the women had been sent to Pingdu City the night before, which was untrue.

Shortly thereafter, Pingdu City Police Station officers took Ms. Sheng to Jimo Detention Center in Qingdao. They took Ms. Qu to Pingdu People's Hospital to have a physical. Then they took her to Pingdu Detention Center, informing her that she would be there for 15 days. They confiscated all her personal property and told her to take some medicine and sign some forms they presented to her, but she refused.

Ms. Qu Yuanzhi, in her 40s, had a lot of health problems before practicing Falun Gong. She would often faint and therefore could not hold down any job for long. After practicing, she quickly recovered and could then work anywhere.

After her illegal detention, she began a hunger strike. She became very weak. On the morning of the 26th she told the officer on duty that she was feeling extremely weak. They allowed her husband and son to pick her up and take her home.

After returning home, Ms. Qu and her husband went to the police to pick up her personal belongings. Cui Jiwei, the director, was not there. Ms. Qu's purse and cell phone were locked in a drawer, and no one else could get them. The police told them to return the next day for her things.

They called the next day, but were given more excuses. Then the police told Ms. Qu's husband he needed to pay for her living expenses while she was detained. This made him angry. How could they ask such a thing, when she was not guilty of anything and they would not even return her belongings? Her two cell phones, cash, a bank card, and her purse have yet to be returned to her.