(Minghui.org) Falun Gong practitioners in Johor, a southern state in Malaysia, hold several truth clarification activities during the Sunday morning markets in the cities of Bahr and Muar. They set up informational display boards to draw attention the Chinese Communist Party's (CCP) crimes against humanity and collect signatures to support the global petition initiated by Doctors Against Forced Organ Harvesting. 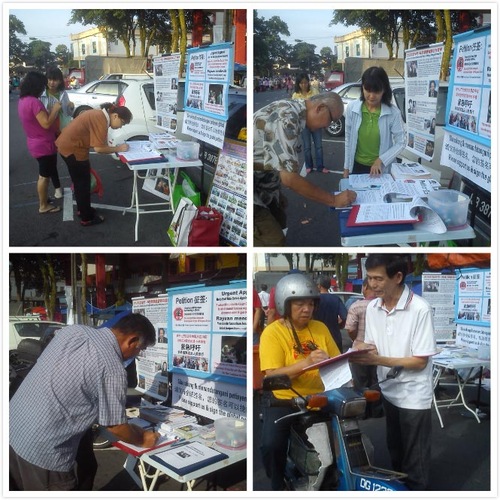 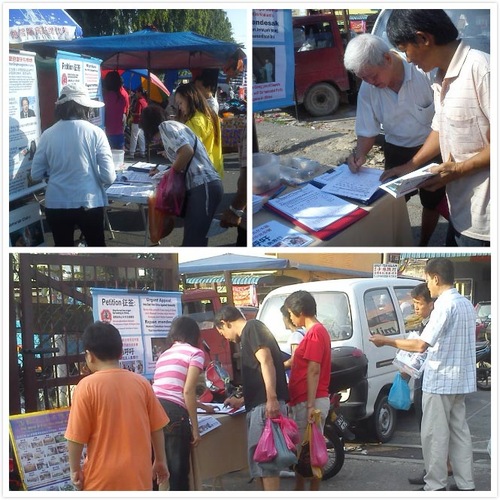 Practitioners collect signatures at two morning markets in the cities of Bahr and Muar.

“It's hard to believe that the Chinese regime is still harvesting organs from innocent people. It's extremely cruel!” said one man.

Some people said that they had signed the practitioners' petition a few years ago. Several women had tears in their eyes after listening to the practitioners talk about the Party persecution of Falun Gong.

Recently, a stall owner in Muar signed the petition and said, “Everyone should help stop this persecution!” She then called over other stall owners in the market and encouraged them to add their signatures to the petition form, too.

Besides attending the morning markets, the practitioners collect signatures in nearby towns, and people from every walk of life have offered their support.