(Minghui.org) The Malaysia Falun Dafa Cultivation Experience Sharing Conference was held in Penang, located on the northwest coast of Peninsular Malaysia. Before the conference, local Falun Dafa practitioners held a series of activities, including a parade, group practice of Falun Gong exercises, and signature collection condemning the forced organ harvesting committed by the Chinese Communist Party (CCP) in China. Many people signed the petition, calling for an end to the atrocities.

On the afternoon of November 2, the Divine Land Marching Band led a parade in Butterworth, Penang. The band marched through many major streets, including the most bustling area of Jalan Raja Uda, where there are many Chinese people.

With the police and RELA Corps [Volunteers of Malaysian People] taking the lead, the marching band marched and performed for about one and a half hours. Spectators along the parade route were impressed by the band's wonderful performance and accepted informational materials about Falun Dafa from practitioners. 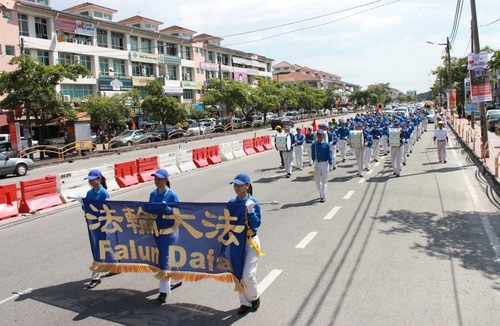 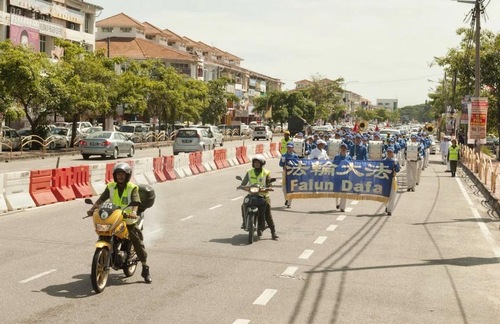 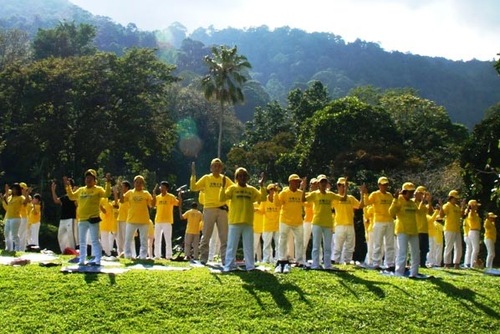 Practitioners do the exercises in the Botanic Gardens, a popular tourist destination in Penang. 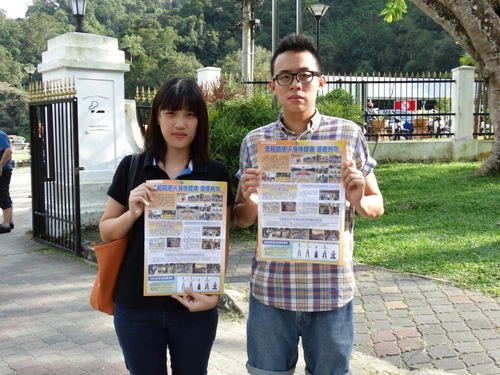 Hong Wei (right) and Jing Yi (left) hope that more people will learn about the CCP's forced organ harvesting, and work together to stop the crime. 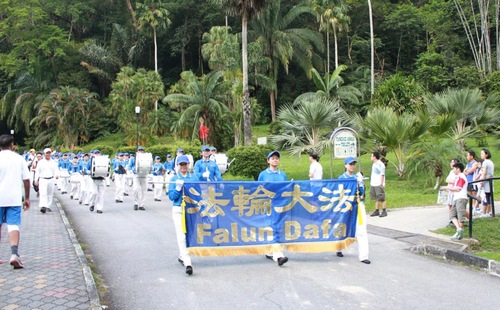 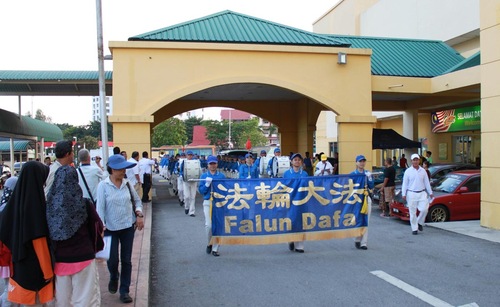 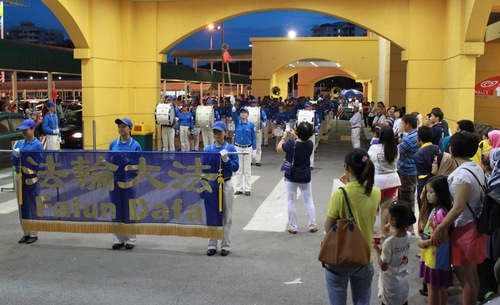 Collecting Signatures in the Botanic Gardens

Another group of practitioners started doing the exercises at 3:00 p.m. in the Botanic Gardens, while other practitioners collected signatures from local people and tourists, calling for an end to the forced organ harvesting committed by the Chinese Communist regime in China.

The practitioners hung a banner at the front entrance to the park. The message on the banner read, “Please support the Global Signature Collection Drive, calling upon the United Nations to stop the Chinese regime from harvesting organs from living people.”

The message drew many people's attention. Many people talked to practitioners to find out more about the situation, and many signed the petition to call for an end to the forced organ harvesting atrocities.

People Call for End to the Forced Organ Harvesting Atrocities

“They can't do this; it will cause people to die. Do they (the CCP) have any conscience at all?” Prema, a local security staff said angrily. “Such atrocities must be stopped! How can they do such a thing? Absolutely not!”

Local resident Mr. Hong Wei, a university student, was shocked at the forced organ harvesting. “It's against heavenly principles!” he said, “I hope more people can learn about this atrocity. The more the people learn about it, the stronger the power [to end it].”

Jing Yi, Mr. Hong's friend, also a university student, agreed with Mr. Hong that more people should know about this crime so that they will be on guard and not go to China for organ transplants. “It's too cruel!” she said, “It must be stopped.”

Alexsandra from Serbia, who is on a one-month vacation in Penang, was very sad upon learning that the CCP harvests organs from living Falun Gong practitioners. “The CCP is inhuman, and all this must absolutely be stopped!” he said.

Introducing Falun Dafa at a Supermarket

On November 2, practitioners set up a booth at Giant Supermarket in Bayan Buru, a store where many Chinese people shop. The practitioners played movies about Falun Gong and the persecution, demonstrated the Falun Gong exercises, and displayed Falun Dafa books and informational materials.

The Waist Drum Troupe and the Divine Land Marching Band performed at 5:00 p.m. They were well received by the local people.