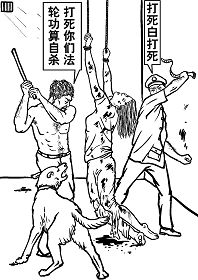 Torture Illustration 20: Hanging Up in the Air 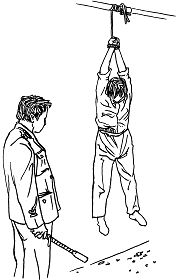 Torture Illustration 21: Handcuffing Behind the Back with One Hand Crossed Over a Shoulder 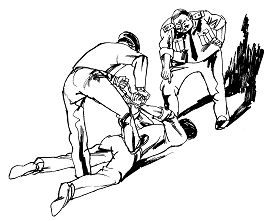 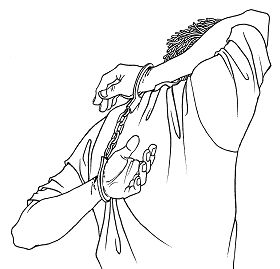 Practitioners' hands are handcuffed behind their backs with one hand crossed over a shoulder. First, the police push practitioners down to the ground on their stomachs and then step on their backs, then pull the two handcuffs to lock them together. This causes extreme pain. 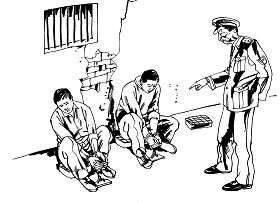 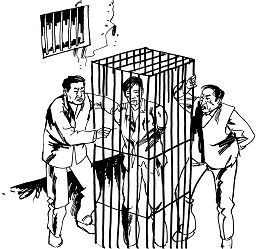 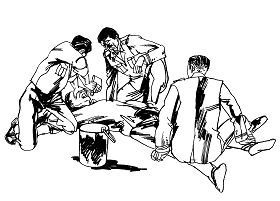 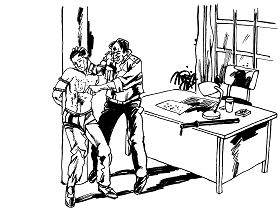 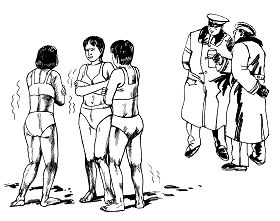 In temperatures of -4 to -20oF in winter, practitioners are allowed to wear only underclothes while being forced to stay outdoors for an extended period of time. 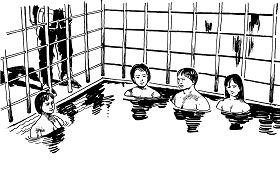