(Minghui.org) Following the parade ushering in the Mid-Autumn Festival held in Johor Bahru, the capital of Johor on September 22, 2012, Falun Gong practitioners in Malaysia held another Mid-Autumn Festival parade on September 29 in Segamat, the most northern county in Johor, where the Chinese people are concentrated. The practitioners wanted to promote traditional Chinese culture, and at the same time bring the beauty and goodness of Falun Dafa to local people. They were warmly received. 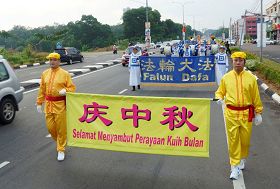 Falun Gong practitioners parade on the main boulevard in Segamat 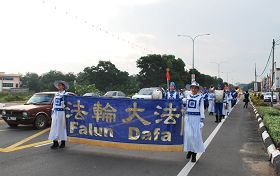 Led by the Divine Land Marching Band, Falun Gong parade on the main boulevard in Segamat 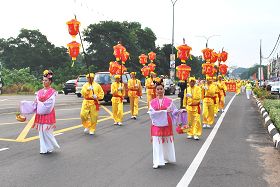 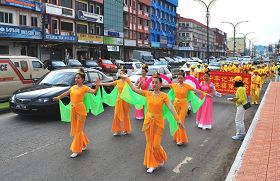 The parade, which featured the Divine Land Marching Band, Lantern Team, Celestial Maiden Team and Waist Drum Team, set off at 5:00 p.m. , with local police assisting and directing traffic. This was the first time that Falun Gong practitioners paraded through the streets in Segamat. Local residents came out of their homes to watch and take photos of such a beautiful and orderly parade procession. 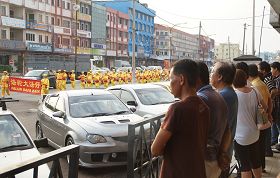 Falun Gong parade makes appearance in Segamat for the first time, attracting local residents who come out to watch 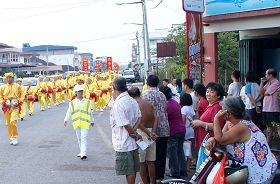 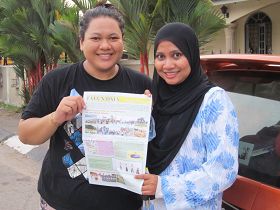 Two Malay ladies are happy to learn about Falun Gong 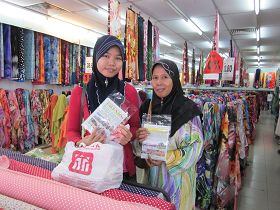 Mother and daughter see Falun Gong parade for the first time, and are impressed by their beauty

A young Chinese furniture store clerk also saw the Falun Gong parade for the first time. She said that it is a good idea to introduce Falun Gong through the parade. “Practicing Falun Gong improves people's health, more people should learn about it,” she said. 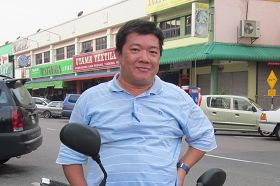 Mr. Huang said Falun Gong is good for the whole world, should not be persecuted

Mr. Huang has been living in Segamat for over 30 years. He read a Falun Gong flier, and said that this practice benefits people in every country, and therefore the more people learn about it, the better. After learning about the persecution by the Chinese communist party (CCP) in China, he said, “The persecutors shouldn't use violence to cope with it, they can learn about it if they don't understand. This practice benefits the whole world, why do they persecute it?” 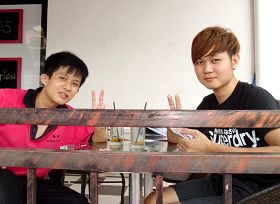 Hasmadi, a 26-year-old resident found it inconceivable after learning about the persecution of Falun Gong. He said, “I really didn't expect that there is still persecution today.” He and his friend Faiz hope that the persecution will end soon.

Officer from the Ministry of Health: Falun Gong Should be Highly Recommended, the Persecution Can't be Ignored

Mr. Aznizi, who works in the Ministry of Health in the capital city Kuala Lumpur said, “I feel Falun Gong is great, it's suitable for the old and the young. Besides, it can also promote the harmony between the families, friends and relatives.” 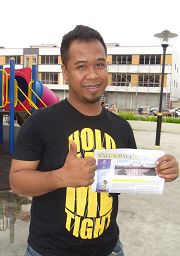 Mr. Aznizi said that Falun Gong should be highly recommended for its role in upgrading people's moral standards

Regarding the CCP's persecution of Falun Gong, he said, “I hope that not only NGOs can show concern over the persecution, our government and media should pay attention to human rights, and should not ignore the ongoing persecution in China because of Malaysia-China friendly relations.”

Person-in-Charge: Thanks the Local Police for Their Support 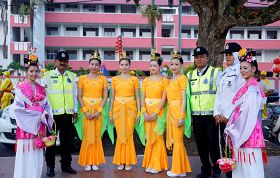 The parade came to conclusion at 7:00 p.m. Practitioner Mr. Chen who was in charge of the parade said that he was glad to help local residents learn about Falun Gong. “The Mid-Autumn Festival is an important traditional festival. We hope that through such a traditional cultural form, we can celebrate the Mid-Autumn Festival with local people, and also help them learn about Falun Gong and bring them the beauty and goodness of Falun Gong.”

Mr. Chen thanked the local police for their support. He said, “The police here are very cooperative, and supportive of Falun Gong. Our parade went smoothly because they helped maintain public order and direct traffic.”