(Clearwisdom.net) Recently, the offices of several government officials, Members of Parliament (MPs), and non-governmental organizations in Canada have sent messages to the Falun Dafa Association in Canada, notifying them that they have received emails from people who claim to be Falun Gong practitioners. Because the contents of the emails are so ridiculous and full of threats, the recipients believe that the purpose of the bogus emails is to discredit Falun Gong. 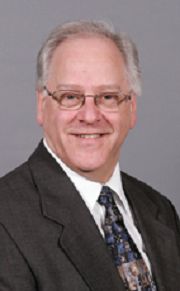 The office of Wayne Marston, a Canadian MP, forwarded such a bogus email to the Falun Dafa Association. The office told the association that somebody used Falun Gong practitioners' names under false pretenses and have been sending the bogus emails to MP Marston every now and then.

The office believes that these emails with vulgar contents are attempts to tarnish the reputation of Falun Gong practitioners and provoke disdain for the practice. MP Marston told a reporter on June 26 that he knows that Falun Gong is a cultivation practice based on traditional Chinese culture. He was disturbed that somebody stole the practitioners' names and sent irritating emails to people in Canada.

An email with “I need your help” in the subject line was sent to several Parliament members. The IP address of the sender indicated that it was from Hebei Province in China.

Ms. Dai Gongyu from the Falun Dafa Association in Canada said that many Canadian politicians, including Parliament members, Ottawa City Council members, and Nobel Price nominees, have received similar bogus emails repeatedly. Many of them, according to the IP address, were sent from inside China. It is therefore believed that the bogus emails are attempts by the Chinese Communist Party (CCP) to ruin Falun Gong's reputation and incite hatred towards its practitioners.

David Kilgour, a famous Canadian human rights lawyer, also received similar emails. In one of them, the sender threatened Mr. Kilgour, saying that if he did not practice Falun Gong, he would be in danger. The contents of the emails were irrational and fanatical.

David Matas, also a famous Canadian human rights lawyer, has received many similar emails since April. The emails said things such as, “If you don't practice Falun Gong, disasters will happen to your family. You will go to hell and your body will be covered in blood” and “If you don't reply to this email, you will face difficulties and have big suffering.”

Ms. Dai Gongyu said, “Falun Gong practitioners follow Truthfulness-Compassion-Forbearance. One practices Falun Gong out of one's own volition, and nobody can force others to practice it. So the senders are definitely not practitioners.”

Mr. Matas told the reporter that the senders claimed to be Falun Gong practitioners. He said, “Maybe the CCP thought this would fool people.”

Such emails were received not only by people in Canadian cities such as Ottawa and Edmonton, but also by people in the U.S., France, Norway, Australia, and New Zealand.

Ms. Dai Gongyu said, “Ever since they launched the persecution in July 1999, the CCP has been trying all kinds of methods to ruin Falun Gong's reputation. At the beginning, they sent letters slandering Falun Gong to Western politicians, trying to keep them from helping Falun Gong practitioners. In 2004, the U.S. House of Representatives passed Resolution 304, asking the Chinese embassy and consulates to stop spreading propaganda about Falun Gong in the U.S. When more and more Westerners knew the truth about Falun Gong and stood together with Falun Gong to condemn the persecution, the CCP adopted a different tactic. They steal practitioners' names and send harassing emails to Western politicians, trying to ruin Falun Gong's name this way.”

Mr. Matas told the reporter that the ideology of those who have been persecuting Falun Gong has not changed. They just changed their method when they saw that their old tricks to attack Falun Gong were no longer working.

Ms. Dai Gongyu said, “The bogus emails show that the CCP is running out of tricks. The Western politicians have recognized the CCP's evil nature through these incidents. Not only that, it is illegal to steal others' names to send email. What the CCP is doing will only ruin its own reputation.”

The Falun Dafa Association in Canada is asking Canadians to report these emails to the association and local police departments so that the police can investigate.