August 29, 2010 |   By a Clearwisdom correspondent from Hunan Province, China

(Clearwisdom.net) Ms. Chen Liying from Changsha City, Hunan Province, taught English at the Yizhong High School in Yueyang City. She was a capable teacher and taught many students. Ms. Chen began to practice Falun Gong in 1998.

In 1998, Ms. Chen was hired to teach at a school in Zhuhai, Guangdong Province. She enjoyed doing qigong exercises in the mornings. One day at a park, she saw a group of Falun Gong practitioners and was attracted by their harmonious energy. She stopped to look at them. When a coordinator came to introduce Falun Gong to her, she said dismissively, "If Falun Gong can open my Heavenly Circuit, then I will practice it." The coordinator suggested that she read Zhuan Falun. She began to read the book with a lot of doubt, but as soon as she read it, she saw rows and rows of colorful characters that emitted light. At the same time, she felt a warm current pouring down from the top of her head, and her Heavenly Circuit was opened. She knew she had obtained something, and she began to practice Falun Gong. 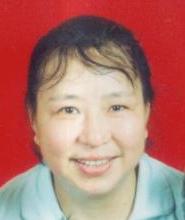 Ms. Chen experienced the wonders of Falun Dafa and knew that one had to be single-minded in cultivation, so she gave up all the practices she previously learned and practiced Falun Gong wholeheartedly. She introduced it to her friends, businessmen, and government officials she had contact with. When the suppression of Falun Gong began in 1999, she became a target of the persecution. Ms. Chen did not want to give up the practice. She thought the principles of Truthfulness-Compassion-Forbearance were good and being a good person was the proper thing to do. Maybe people who persecuted her did not understand Falun Gong, she thought. Thus, she explained the goodness of Falun Dafa to those who wanted to "transform" her. Under orders from the local 610 Office, the school administrator and the local police took her to a detention center for a month. The school administrator dismissed her and contacted the school in Yueyang City, where she originally taught, to take her back.

As soon as she returned to Yueyang, Su Shaolai, an officer from the Yizhong High School 610 Office, and other officers from the municipal 610 Office, put her under surveillance. She lost her freedom and was unable to go home. She was taken to brainwashing sessions and was pressured to renounce the practice. After six months of brainwashing, she still refused to cooperate. One time, she took the opportunity when she was allowed to use the bathroom to run away. The person who was monitoring her saw her climbing the wall and pulled her legs. She kicked hard and climbed over the wall, but fell on the other side and lost consciousness. She was taken to the hospital. When she woke up, she noticed one of her legs was broken. She demanded to go home. After returning home she continued to practice Falun Gong. Twenty days later, she was able to walk with the help of a cane. Once again, she experienced the miracles of Falun Dafa.

In January 2001, under orders from the municipal 610 Office, personnel from the high school 610 Office and local police station arrested Ms. Chen and took her to the Yueyang City Detention Center for three months.

On January 23, 2001, the Chinese Communist Party orchestrated the "self-immolation" incident in Tiananmen Square to slander and incite people's hatred toward Falun Gong. The persecution of Falun Gong intensified after this. Practitioners held at the Yueyang City Detention Center clarified the truth to the guards and went on a hunger strike to protest the persecution. Consequently, many practitioners' lives were in danger. Finally, the authorities made some compromises and released the detained practitioners.

Prior to her practice of Falun Gong, Ms. Chen suffered from a stomach illness, rheumatism, and uterine fibroids. After beginning the practice, she became healthy and her illnesses were gone. However, the prolonged persecution took a toll on her mind and body. During her detention, she began to bleed abnormally. She informed the prison physician and requested to be released unconditionally. The 610 Office denied her request and wanted to transfer her to the Zhuzhoubaimalong Forced Labor Camp for two years. However, because she was diagnosed with extreme high blood pressure and uterine cancer, her transfer was turned down. The authorities did not want to be held responsible for her life so they sent her home. They extorted 4,000 yuan in "bail" from her son before she was released.

Following her release, Ms. Chen's health became unstable. She was constantly monitored and harassed. As a result, her health worsened due to the pressure. One time, she fainted on the street and was unable to walk home until after she regained consciousness. Her body swelled, and she bled constantly. She passed away at the end of September 2005.