(Clearwisdom.net) On May 9, more than 1,000 Falun Gong practitioners from Taipei assembled at Hsinyi Square in front of the Taipei 101 skyscraper, to celebrate the 11th annual World Falun Dafa Day. 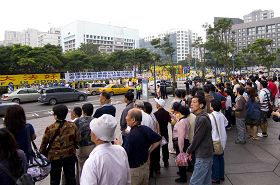 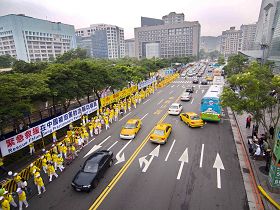 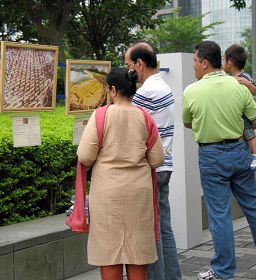 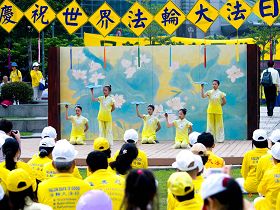 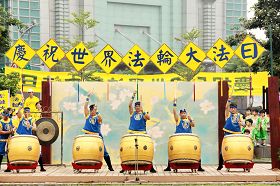 Drums of the Tang Dynasty performance 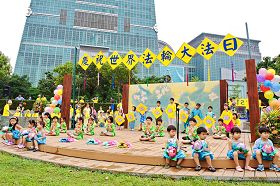 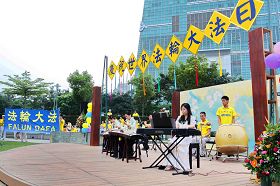 Practitioners set up informational display boards and a photo exhibition and did group exercises. In the afternoon, practitioners shared dance and music performances. Then they took a group photo, sending birthday greetings to Master Li Hongzhi, the founder of Falun Dafa.

Many Chinese tourists stopped to watch the activity and take photos. Some commented that they were amazed to see such a large scale Falun Gong event. Several European tourists said that they had heard about Falun Gong in their own countries, and they were glad to see practitioners here. 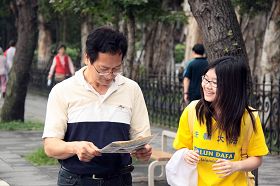 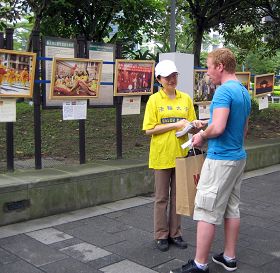 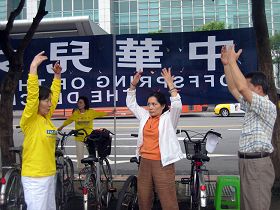 Many people learned the exercises at the event. Some of them had heard about the event from the newspaper The Epoch Times and were looking forward to attending the activities. 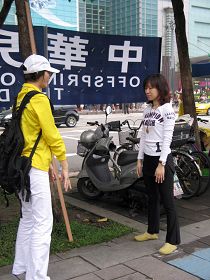 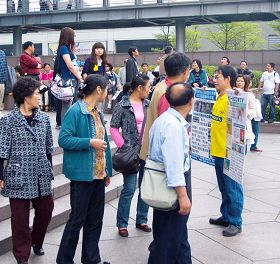 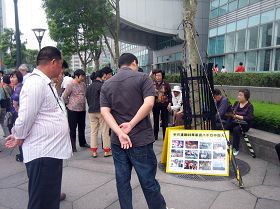 The Taipei 101 skyscraper is a popular tourist spot. Many Chinese tourists come here every day. They read the banners and display boards, which showed them a lot of information about Falun Gong that they cannot easily find in China, such as the brutality of the persecution against Falun Gong, the lawsuit against communist party officials by Falun Gong practitioners, and the quitting the Communist Party movement. 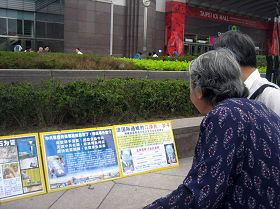 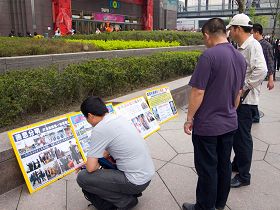 Chinese tourists reading about the persecution of Falun Gong

At 3:00, practitioners held a parade, which consisted of the Divine Land Marching Band, young practitioners' waist drum team, and an exercise team. 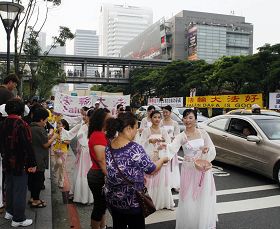 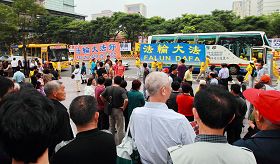 Nick Rostron from England is an English teacher in Taiwan. He has been practicing Falun Gong for five years. At the event, he held a display board and spoke in Chinese to Mainland tourists about the persecution of Falun Gong. 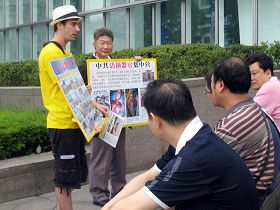 Participants in the activity said that they have benefited greatly from practicing Falun Gong and therefore, they wanted to come to this event to celebrate the practice and tell more people about the persecution of Falun Gong in China.