(Clearwisdom.net) Baoding Mental Hospital, also known as the Hebei Province No. 6 People's Hospital, is used by the Chinese Communist Party (CCP) to persecute Falun Gong practitioners. During the last 11 years, the CCP has detained practitioners at Baoding Mental Hospital for refusing to renounce Falun Gong. At this facility, at least 24 practitioners were forcibly injected with brain-damaging drugs, causing incapacitation or death. Our of fear and self interest, doctors and nurses participate in the persecution or keep silent.

The original name of this facility was Hebei Province Mental Hospital; it is located at 572 Dongfeng Road East in Baoding City. 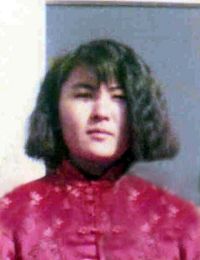 On May 11, 2001, Ms. Rong Fengxian was arrested by Party secretary Hou of her local village and two officers from the village police station. They took her to the New City District Brainwashing Center, where she was detained in solitary confinement. Later, she was transferred to Baoding Mental Hospital, where she was injected with an unknown, toxic drug. Ms. Rong died in the hospital the next day; she was only 32. The hospital paid her family 7,000 yuan as compensation.

Ms. Cao Yuanru was a Falun Gong practitioner who resided in Yuanjiacun, Laiyuan County. She was taken to Baoding Mental Hospital against her will. The following day, Ms. Cao, who had been perfectly healthy, died after injections with unknown drugs. Hospital authorities compensated her family 10,000 yuan.

Ms. Han Junmiao, 53, was an employee of the Xiong County Education Bureau recruiting office. She was arrested by a County Public Security Bureau officer and taken to Baoding Mental Hospital. In November 1999, she was held down by four men and injected with nerve-damaging drugs, rendering her unable to sit or lie down for about two weeks before she was released.

Ms. Gu Peng, was a young kindergarten teacher at a school for children of employees of a cigarette factory in Baoding. She had gone twice to Beijing to appeal to the central government on behalf of Falun Gong. Agents from the610 Office and people from her workplace in the Nanshi District took her against her will to Baoding Mental Hospital in order to force her to give up faith. There, she went on a hunger strike to resist the persecution. She was bound, force-fed, beaten with electric shock batons, and subjected to brainwashing. She was then injected with toxic drugs that made her unable to talk or eat, and she was so disoriented that she did not not know whether to sit or stand.

After being subjected to this brutality for six months, Ms. Gu unwillingly said that she would stop practicing Falun Gong. She was then released. After returning home, a previously healthy and rational person became mentally unstable due to the trauma she experienced, and her family sent her back to the mental hospital.

Mr. Liu Yong, 39, was an employee of the Handan Iron & Steel Group and lived at Courtyard One, Luochengtou, Handan City. After the CCP began persecuting Falun Gong, Mr. Liu went to Beijing four times to appeal for justice for Falun Gong. In September 1999, he was detained and then sent to a forced labor camp. On June 2, 2001, his employer sent him to Baoding Mental Hospital, where he is still being persecuted.

Upon arriving at the facility, Mr. Liu was injected with an unknown drug, which made him so sick that he nearly died.

Liu Yong has been held at the Baoding Mental Hospital almost nine years. He has not been allowed to write letters, make phone calls, or receive visitors, and he has not even been allowed to have a pen and a piece of paper. He has been completely isolated from the outside world. Each day he must clean the entire he building, including the restrooms. He twice tried to escape. On the second attempt, he was caught on a long-distance bus and taken back.

Mr. Liu is forced to take pills every day, and the doctors check his mouth to make sure he swallows them. One doctor told him, "I know you're not sick; but we're forced to do this."

I am Wang Xinfeng, a 45 year-old woman. I started practicing Falun Gong in 1996. One day in 2001, my family members, because they were deceived by the CCP, tricked me into going to the mental hospital, where I became totally separated from the world outside.

In the compound, after giving me injections, they forced me to take pills, and the doctor had me stick out my tongue to make sure that I had swallowed them. A female doctor said to me, "You're the only one who is normal here. You can help the staff sweep the floors and wash the dishes." Later, four or five male doctors held me down on a bed and gave me injections. Before long, I started feeling confused, and I was unable to sit or lie down. I felt extremely agitated and anxious, I had to move around a lot, my heart was pounding, my hands were shaking, my body felt numb, and then I felt depleted of energy. I was suffering every minute, and each moment passed slowly. Worst of all, I started convulsing when I got into bed, hitting my head against the wall.

On my 41st night in the mental hospital, after the hospital personnel started worrying about how their jobs and bonuses would be affected if I died in the compound, they informed my family come to take home. The next day, as soon as my family saw my abnormal mental state and that I looked worse off than dead, they were so sorry and remorseful. I resumed practicing Falun Gong, and gradually my mental and physical health returned to normal in a little over a year.