Both were disappointed to learn that the Shen Yun shows were forced to cancel because the Hong Kong government, manipulated by the Chinese Communist Party (CCP), refused to grant visas to six technical experts on the Shen Yun Performing Arts staff. This reminded them of the scandal during Shen Yun's 2008 performance in Sweden, when the Chinese Embassy placed threatening phone calls to the Swedish Cultural Department in an attempt to prevent Shen Yun from performing there.

They said that the incident in Hong Kong appeared to be similar to the Chinese Embassy's attempt in 2008 to disrupt Shen Yun's performance in Sweden and said that people in Hong Kong should fight for their rights.

"This is an excellent show. I sincerely hope people in Hong Kong and China can see it."

Member of Parliament Cecilia Wigström was very disappointed to learn that Shen Yun's Hong Kong shows were forced to cancel. "The Chinese regime once again prevented people from freely enjoying culture. This is an excellent show. I sincerely hope people in Hong Kong and China can see it." 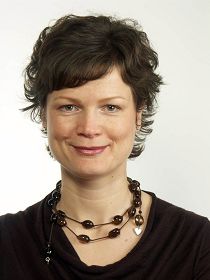 MP and JD Andreas Norlén condemned the CCP for disrupting Shen Yun's performances in Hong Kong. "It sabotages Hong Kong's commerce. This time a performance at a theatre is the target. Next time it may be some activities of some other company that fail to satisfy the authorities. Will they have any safety? Who knows?" 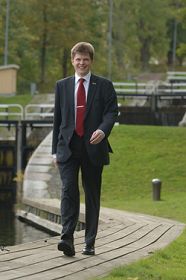 MP Cecilia Wigström added, "Of course, it highlights the issue of press freedom in Hong Kong, absolutely. People in Hong Kong have bravely fought for their rights many times. I hope the Hong Kong people know that we in other countries support them in continuing their fight. Now, obviously they need to keep fighting for their rights."

According to the MPs, the Hong Kong government's visa denial was another of the CCP's tricks, which harmed Hong Kong's market and press freedom. They support the Hong Kong people in continuing the fight for their rights as they fought against Article #23.

In 2008 the Shen Yun Performing Arts Group planned to visit Stockholm and Linkoping on March 24 to 27. When the news was released, the Chinese Embassy in Sweden placed threatening phone calls to Swedish cultural departments on January 25, trying to prevent the show from going ahead. This action enraged Swedish officials. Stockholm's Deputy Mayor in charge of Cultural and Recreational Affairs criticized the CCP diplomat for stepping over bounds, demanding an apology and explanation. The incident was widely covered in all major Swedish media. Non-governmental organizations were also displeased about the CCP's attempt to interfere with Swedish affairs.

The support for Shen Yun escalated on February 22 when seven MPs from four ruling parties announced jointly, "All MPs elected from stgta Ln will watch this show in order to express our support for freedom of speech and democracy." After the incident came to light, not only did support for Shen Yun pour in from all parties, tickets were soon sold out also.