September 20-21, 2008, the NTDTV International Chinese Culinary Competition Asia Pacific preliminary will be held at the National Kaohsiung Hospitality College in southern Taiwan. In Taiwan alone, more than a hundred people have signed up for the competition. 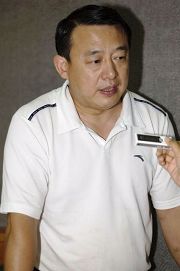 Mr. Qu Yunqiang, head judge of the International Chinese Culinary Competition in the US and a former National Distinguished Chef in China 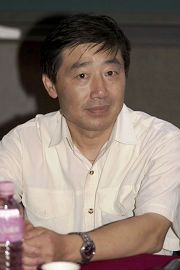 There will be one preliminary winner selected from each of the five categories of the competition including Sichuan cuisine, Shandong cuisine, Cantonese cuisine, Huaiyang cuisine, and Northeast cuisine (Heilongjiang Province, Jilin Province and Liaoning Province). The winners will travel to New York in November to compete in the final round with contestants from the rest of the world. The preliminary winners will each win a cooking knife made by Mr. Kuo Chang-His, a prestigious sword master who made the Qingming Sword in the Oscar-winning movie Crouching Tiger, Hidden Dragon.

The contestants are scored based on taste, texture, appearance, nutrition, and sanitation. Mr. Qu Yunqiang, head judge of the competition and a former National Distinguished Chef in China, said, "There is no criteria for good food as long as it tastes good in the mouth. For example, every Sichuan dish has its special character that stands out and possesses different levels of heat. However, in Taiwan, because of the different weather and culture, dishes are preferred to be not too hot. Hence sugar is sometimes added to reduce the heat, and it adds more flavor to the dishes."

Judge Zhang Jun'an reminded the contestants that Chinese food focuses more on taste, and there is no need for extravagant plate decoration. Unadulterated flavor that stands out is the most important.

Hsu Jing-Chuan, chef of the Grand View Hotel, said that it's not easy to make dishes from all five categories of cuisine. It took Hsu a long time to find traditional dishes from the five cuisines. "Chinese cuisine is broad and profound. A chef needs to constantly learn different techniques and knowledge," said Hsu.

Councilor You Cheng-Hsiung used to be an athlete and has been to over 40 countries for competitions. He learned that almost every country has Chinese restaurants. He ran into a couple from Taiwan who opened up a restaurant in Sweden when he was there. You believes that the government should support this event and help to promote it in every corner of Taiwan.

The awards ceremony for the preliminary competition will be held at the Ambassador Hotel in Kaohsiung. There will be dishes from all five categories of cuisine and the champions from eight other NTDTV global competitions will appear and perform at the ceremony.

NTDTV director Huang Ching-Hsian said Chinese people are particular about food, and people from every corner of the country use local ingredients to cook unique dishes based on local culture. He said the Chinese food he has tasted around the world is no longer genuine and orthodox and is often mixed with other types of cultural foods. The competition will promote traditional, authentic Chinese culinary culture to the world.