USA: Politicians from the Midwest Send Letters of Congratulation to the Divine Performing Arts (Photos)

The Divine Performing Arts on Tour completed its European tour on April 19 and will return to the US to present the Chinese Spectacular in Kansas, Missouri, and Ohio near the end of April. Politicians from those states have sent letters of congratulation to the arts company. 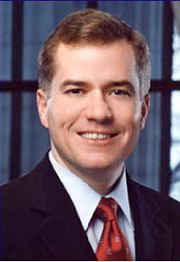 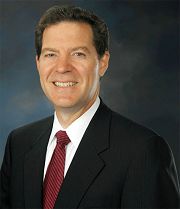 Sam Brownback, US Senator for Kansas 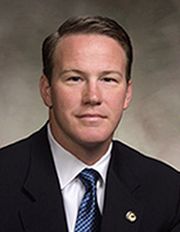 Jon A. Husted, Speaker of the Ohio House of Representatives

Asian Pacific American Heritage Month will be celebrated in Missouri in May. Local government officials said that the Spectacular "is the best way to celebrate the festival." Congressman Russ Carnahan from Missouri said, "The Chinese Spectacular becomes an evermore enriching educational experience for our community."

Sam Brownback, the US Senator for Kansas, sent his congratulatory letter in March. He welcomed the company to Kansas. Congressman Dennis Moore of Kansas also sent a letter. Mark Funkhouser, the mayor of Kansas City, wished the company great success.

Matt Blunt, Governor of Missouri, said in his letter, "It is my honor to congratulate the participants and welcome all of you to the 2008 Chinese Spectacular in St. Louis. I appreciate your commitment to presenting traditional Chinese classical dance routines to audiences across America. Thank you for providing Chinese-Americans with a valuable link to their heritage. Best wishes for an enjoyable 2008 Chinese Spectacular."

Congressman Russ Carnahan from Missouri said, "As the Chinese language and culture grow in popularity, the Chinese Spectacular becomes an evermore enriching educational experience for our community, and I am honored that you have brought this show to the St. Louis community. The Spectacular is a world-class production that showcases classical themes, traditions, and principles of the Chinese culture, giving the audience a deeper understanding about life while enjoying a thrilling artistic performance."

Missouri State Senator Rita Heard Days said, "Events such as this broaden the horizon of our community and I am hoping the students will be able to witness the renaissance and reclamation of the long-lost treasures of China."

Missouri State Treasurer Sarah Steelman said, "This world-class theatrical performance is sure to showcase magnificent talent and give Missouri a taste in the essence of Chinese fine arts. Its beauty and grace is both inspiring and uplifting and a reason for much celebration."

Several congressmen from Ohio, including Ralph Regula and Jon A. Husted, Speaker of the Ohio House of Representatives, as well as the mayor of Cleveland, also sent their best wishes.