(Clearwisdom.net) Dafa practitioner Ms. Lin Feng from Nanchong City, Sichuan Province, was illegally arrested, her home was ransacked, and she was detained in a forced labor camp on January 31, 2003. She was injected with unknown drugs and tortured until she was close to death at Longquanyi Women's Forced Labor Camp. Ms. Lin Feng died on July 26, 2005. She was only 36 years old. 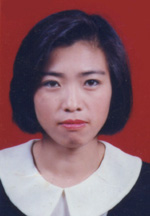 After Lin Feng was detained, the Shunqing Section Court sentenced her to three years at the forced labor camp. She was sent to the Longquanyi Women's Forced Labor Camp in Chengdu City in February of 2003 and was detained for more than two years. Lin Feng persisted in her practice of Falun Gong at the forced labor camp and often shouted loudly, "Falun Dafa is good! Zhen-Shan-Ren [Truthfulness-Compassion-Forbearance] is good!" She also protested the persecution by going on a hunger strike.

During her detention, the perpetrators injected unknown drugs into Ms. Lin and caused her to go into a coma. After she woke up, she saw a lot of empty bottles that were used for injections. Because of the persecution, Lin Feng's whole body was swollen and she could not even walk. Very clear purple marks were all over her body (sign of extravagated blood). Her life was in great danger.

The hospital examination drew the conclusion that Lin Feng had kidney necrosis and that her life was in danger. But it wasn't until May 18, 2005, that the forced labor camp sent her back to Nanchong City and informed her family to pick her up. At that time, the National Security Police threatened her husband and forced him to sign the letter to pick her up (to absolve the authorities of any liability in Ms. Lin's death). Then the police sent her directly to the Nephrosis Department of the Northern Sichuan Medical College in Nanchong City for medical rescue. They also sent the National Security Police and the 610 Office police to monitor her 24 hours a day.

At that time Li Feng was in a coma. After she woke up, she insisted, "I am not sick. It's the evil that persecuted me like this. This is not the place I should stay. I must get out." About one week later, she left the hospital and went back home to recuperate. The National Security Bureau and the 610 Office then sent Party Secretary Chen Jufang, Village Chief Chen and team leader Wang of the Fourth Village, Wufeng Town to help the police monitor her. They did not allow Lin Feng to go out, to have contact with any other people, and they were especially careful to not allow their persecution of Lin Feng to be leaked to the outside.

When Lin Feng was out of the coma, she exposed how the Chengdu Longquanyi Women's Forced Labor Camp is a den of evil. Practitioners who create truth-clarifying materials were persecuted the most brutally there. The perpetrators dragged the Dafa practitioners in circles on the ground. Their clothes were torn and shredded. The practitioners were bruised, lacerated and they lost consciousness, with their blood all over the ground. The wicked authorities even told Ms. Lin's family, "We used all sorts of torture methods on her, but she still refused to give in. She is too stubborn."

Party Secretary Chen Jufang of the Fourth Village, Wufeng Town, coordinated the brutal persecution of Ms. Lin Feng. He even torments her middle school-aged son, Lei Yu. Chen personally told Lin Feng's mother, "Your grandson (Lei Yu) cannot go to school anymore because his mother is a political offender. I will go to the school and tell the teacher not to register him."

Under the extremely brutal persecution, Dafa practitioner Lin Feng passed away on the morning of July 26, 2005.