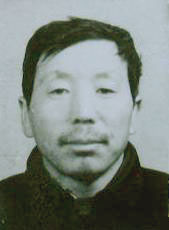 Falun Dafa practitioner Wu Qingxiang, male, 50 years old, is dead from torture inflicted upon him in Changlinzi Labor Camp, Heilongjiang Province, for speaking out the truth and asking for justice for Falun Gong.

Wu Qingxiang was a Falun Gong practitioner in Taiping village of Taiping Town in Daoli District, Harbin City. He began practicing Falun Gong in April 1996. On June 24, 2000, Wu went to Beijing to appeal for Falun Gong and was illegally detained and sent to Harbin Labor Camp. During the one month detention he suffered repeated physical abuse and was forced to do hard labor under the burning sun. He was released after one month and continued to study Falun Dafa and practice the exercises. On December 25, 2000, Wu Qingxiang and his younger brother Wu Qingshun again went to Beijing to appeal for Falun Gong. After being arrested, both were first sent to Harbin Detention Center then to Wanjia Labor Camp on February 8, 2001 (January 16 on the Lunar Calendar). Shortly after, he was sentenced to one year of labor "re-education" and detained in the Harbin Taiping District Changlinzi Labor Camp. These detentions are were all enforced without legal procedures.

During the first few months of his detention, he was punished by being forced to stand in a dark and damp cell from 6:00 am until 12:00 midnight every day. In June and July, practitioners in the labor camp began a collective hunger strike to protest their illegal detention and ask for immediate release because of their innocence. Over the three months of hunger strike, Wu Qingxiang was forced-fed a dozen times. His weight dropped from 80 kg to 60 kg; his body developed scabies and he had a chronic high fever. His legs and feet became swollen to the point where they looked like they would explode. It became very difficult for him to walk or climb stairs.

Wu Qingxiang was released on December 28, 2001, but by that point he had difficulty breathing, could not lie flat in bed, nor could he speak or eat. He could only drink some water, but his urinary tract was blocked and he could only sit all day breathing heavily. At last, his arms, abdomen, chest and face all became swollen. The hospital could do nothing to save him and he died at home on March 4, 2002. Thus, over a fourteen-month period a healthy and kind Falun Dafa practitioner was tortured to death.

We have had news that his younger brother, Wu Qingshun, can no longer walk normally, also due to being severely tortured.