(Clearwisdom.net) Falun Gong practitioner Mr. Li Enying from the Fifth Farm of Tanghai County, Tangshan City, Hebei Province, died on July 29, 2007, as a result of maltreatment in the No. 304 Team of the Shijiazhuang City Forced Labor Camp in Hebei Province. He was only 53 years old. 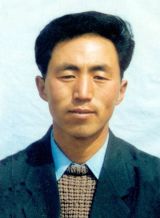 Every practitioner who heard about this felt grief and indignation, saying it was difficult to express the feelings in their hearts. They also felt sorry for those who did not know the truth about Falun Gong and participated in the persecution. "If those people do not wake up in time, but instead insist on following the Chinese Communist Party in doing evil things, they may be very regretful when the evil Party dissolves."

All who knew Mr. Li Enying said that he was a kind person. He began practicing Falun Gong in 1997 and became healthier and nicer to people. He cared about everyone and helped many people around him see the beauty of Falun Gong. People started to learn Falun Gong one after the other. Many people in society have now learned that practitioners are nice people and that they are straightforward, sincere, and kind. In today's society, in order to pursue personal interests, people fight against each other while worrying about the loss of their self-interests. Many people are on guard against each other, so no one talks honestly, and no one feels safe. Therefore, practitioner's sincerity and kindness, and their tolerant behavior, have won the acknowledgment of many kindhearted people.

Jiang's group started to rampantly persecute Falun Gong when the persecution of Falun Gong began on July 20, 1999. Within a day, the rumors and attacks were everywhere. Mr. Li Enying was arrested four times after the persecution began. Three policemen from Tanghai County once beat him so brutally that blood covered his body. The police from the Fifth Farm Police Station of Tanghai County once extorted eight thousand yuan from his family.

In order to avoid being arrested again, Li had to leave his home and do casual labor in other towns to make a living. In February 2007, while he was working in Fengrun District of Tangshan City, officers from the Tangshan City Police Department seized him and took him to Shijiazhuang Forced Labor Camp.

In Shijiazhuang Forced Labor Camp, Mr. Li was incarcerated with criminals. Within six months, he was at the brink of death from torture. In order to evade their responsibilities, the labor camp officials secretly notified his family in July 2007, telling them to come to pick him up.

When the family rushed to Shijiazhuang Forced Labor Camp, Mr. Li had just been injected with unknown drugs. When his family brought him home, he was already at the brink of death. His entire body was swollen, and he had great difficulty breathing and eating. He had a bad cough and was continually spitting out phlegm. When he tried to lie down to sleep, he could not breath. Within just 13 days of being brought home, he died, on July 29. His family members noticed that large areas of his skin behind his ears and on his back were black and blue. In addition, during his final 13 days at home, Mr. Li brokenly talked about his experiences in the forced labor camp. Because he refused to give up the practice, the guards deprived him of sleep, forced him to sit on a hard board for a long time, and also instigated the criminal inmates to brutally beat him. The exact cause of his death was unclear, and his relatives have opened a case with the police department.

This was a man who was very healthy, a man who archived both mental and physical health because he practiced Falun Gong, and was then "persecuted to death at will." This is another crime committed by the Chinese Communist Party. There is an old saying that a case involving human life is to be treated with the utmost care. Jiang and the CCP started the persecution of Falun Gong on July 20, 1999. Those who participated in the harassment, arrest and persecution of Mr. Li Enying included: the Party Committee of the Tanghai County, the County government, the political and legal committee of the county, county 610 Office, the law school, the county police department, the county detention center, the party committee of the No. 5 Farm, the 610 Office of the Farm, and the administration department, as well as the lawless people from the Eighth Team of the Farm. They are responsible for Mr. Li Enying's death, a death that they cannot shirk off. The crime of persecuting practitioners is intolerable and must be repaid.

Practitioner Li Enying has passed away. But because he persevered in his belief of "Truthfulness-Compassion-Forbearance," his life was elevated. Soon people will be able to see the grandeur of a great being from his persistence, and those criminals will certainly receive their due retribution.