Asking the World to Help Discover the Cause for Ms. Wang Yuhuan's Death (Photos)

Ms. Wang's family feels helpless and an imminent threat of being persecuted by police and other government officials. We, Ms. Wang's fellow practitioners from Changchun City, appeal to the international community to help discover the cause for Ms. Wang Yuhuan's death, to exert pressure on the Chinese authorities and responsible government units to provide a formal explanation and to keep her remains in the mortuary, investigate the reasons for her death, bring the perpetrators to justice, provide monetary compensation to Ms. Wang's family, demand the Chinese authorities to guarantee that no other detained practitioners will suffer tortuous interrogation and punitive force-feeding, and to immediately stop the persecution of Falun Gong practitioners.

Ms. Wang Yuhuan was born in 1955 and was a retired worker. She had suffered from many severe illnesses and was cured after practicing Falun Gong in July 1996. The dramatic changes in her health amazed the entire factory where she worked.

During the past 8 years of persecution of Falun Gong by Jiang Zemin and Luo Gan's cohorts, Ms. Wang Yuhuan did not waver in living by the principles "Truthfulness, Compassion, Tolerance." She was arrested and detained more than ten times by Changchun City police. She suffered the torture method of Tiger Bench for three days and two nights until her ankle bones were exposed from the constant grinding of the shackles and the tendons in her arms were torn through repeated beatings by the police. Her face was shocked and charred from being beaten with electric batons. Her eyeballs were burnt with cigarettes, and ears punctured with bamboo toothpicks. Her body was covered with bloody cuts and injuries. She and other female practitioners were stripped naked and tied down on wooden boards with their limbs spread out for 26 days, suffering insult and humiliation by guards, prison doctors and male inmates.

Below is some information we found about Ms. Wang's torture before her death.

On the evening of the day she was arrested, practitioners Wang Yuhuan, Yang Li, Feng Liping and Qian Gentai were transferred by the Changchun City National Security Team to a secret place in Jingyuetan, Changchun City and interrogated that night. When Wang Yuhuan was transferred back to the Rongguang Street Police Station, she was already injured and had to be carried by two policemen. All of the other arrested practitioners were taken to and detained in the No. 3 Detention Center in Changchun City.

The practitioners who were transferred to the No. 3 Detention Center in Changchun City underwent a routine health checkup. Many were found to have been injured by beatings, and some elderly practitioners' health condition clearly did not meet the requirements for detention. However, the detention center authorities did not reject any of the practitioners. At the time, Ms. Wang's blood pressure was at a high of 210. Another practitioner named Ma Xiurong, over 60 years old, had a blood pressure of 256. Ms. Wang fainted during the checkup and had to be carried away by two policemen. 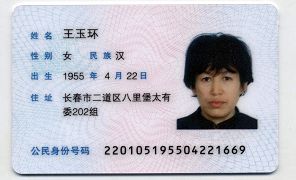 In the afternoon of the same day, police interrogated many practitioners. Among them, practitioner Feng Liping's arm was broken from being beaten during the interrogation. Feng Liping is still in the Police Hospital. According to inside sources, practitioners with high blood pressure are being held in the Police Hospital. Many of the arrested practitioners have been taken to the forced labor camp. A female practitioner named Zhu Shuyun, in her 30's, was sentenced in June to forced labor and is now detained in the Heizuizi Women's Forced Labor Camp's 2nd team. She went on a hunger strike to protest the persecution and was force-fed once every two days. She was also locked up in a solitary cell. During force-feeding, her screams of pain could be heard by practitioners in other cells, who shouted "Falun Dafa is good!"

Li Xiandong, the sanitation division head of the No. 3 Detention Center in Changchun City, claims to be the contact person for the investigation of Ms. Wang Yuhuan's death. However, he did not contact Ms. Wang's family. When he was asked where the remains were being kept, he said that he did not know. Later he claimed that he was not the decision maker, but merely a contact person.