Crimes Committed in the Persecution of Falun Gong By Lin Zhimin, Party Secretary and Director of Liaoning Department of Justice

Lin Zhimin, the Party secretary and director of the Liaoning Provincial Department of Justice are on the list. 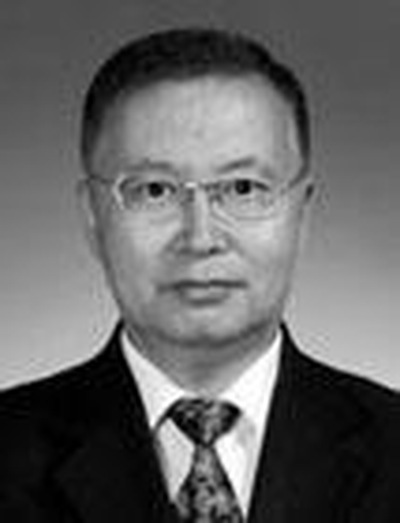 2015 – Present: secretary of the Party Leadership Group, director of the Liaoning Provincial Department of Justice and the First Commissar of the Provincial Prison Administration, member of the Political and Legal Affairs Committee of Liaoning

2013 – 2015: Party secretary and director of the Legal Affairs Office of Liaoning

2012 – 2013: deputy secretary and deputy director of the Party Leadership Group and Legal Affairs Office of Liaoning

Liaoning Province is one of the provinces with the worst records in the persecution of Falun Gong. The total number of practitioners arrested, sentenced, and tortured to death ranks among the highest in China. Many extreme torture cases have been reported in various labor camps and prisons in Liaoning.

During Lin’s tenure in Liaoning, he actively implemented the persecution policy. Between July 2015 to March 2021, at least 24 practitioners were tortured to death in prison or died shortly after being released from prison.

I. Deaths in the Prison

Case 1. Mr. Lu Yuanfeng Passed Away Three Weeks After Being Released from Prison

Mr. Lu Yuanfeng was sentenced to three years in prison. In early November 2016, the guards at Benxi Prison took Mr. Lu to the workshop warehouse and instructed inmates to hold him down. They verbally abused him while kicking him and shocking him with three electric batons. The continuous electric shocks lasted more than forty minutes. Mr. Lu rolled around due to the pain. His head, neck, hands, ankles, and other areas were severely burned.

By the time he was released on November 18, 2017, he had changed drastically, from being strong to being very weak and sick. His eyes were dull, his speech was slurred, and he suffered a stroke. His femoral head was broken and displaced, and he was paralyzed. He died on December 9, 2017, just 21 days after returning home.

Mr. Hu Guojian suffered a massive brain hemorrhage just 22 days after his transfer to Benxi Prison. He remained in a coma and had one foot shackled during his entire hospital stay until he passed away two years later. He was 48.

Mr. Hu was last arrested on July 7, 2015, and sentenced to four years in prison five months later, on December 9. He was transferred to Benxi Prison on May 4, 2016, and subject to hard labor, sleep deprivation, and lack of food. When his wife visited him five days later on May 9, 2016, she was alarmed to find that he had lost one-third of his weight.

Mr. Hu was subjected to punishment if he could not finish his assignment or meet his labor quota. He was stripped of his clothing by the inmates in charge, forced to sit on a small bench, and not allowed to sleep. When he lost consciousness, inmates kicked his head and berated him. When this did not revive him, he was rushed to the hospital. He was diagnosed with a severe brain hemorrhage and required neurosurgery. Mr. Hu lapsed into a coma 22 days after his transfer to Benxi Prison. He never regained consciousness.

Ms. Sun Min, a teacher in Anshan City, Liaoning Province, was tortured to death in Liaoning Women’s Prison on March 8, 2018, while serving a seven-year term. She was 50 years old. Her father said he was finally allowed to visit her in prison on February 7, 2018, nearly two years after she was arrested on June 28, 2016. She was carried to the visitation room on someone’s back. She could no longer walk as a result of torture. One month later on March 8, the prison notified her father that his daughter had been transferred to Liaoning Province Prison Management Bureau General Hospital. He arrived at the hospital at 12:50 p.m. that day, only to see that she had already died.

Ms. Li Yanqiu was arrested on December 14, 2018, while distributing Falun Gong informational calendars. Her computer, Falun Gong books, and other personal belongings were confiscated. She was held in Jinzhou City Women's Detention Center. On the morning of January 21, 2019, while Ms. Li was very weak and couldn’t talk clearly, the Taihe District Court tried her secretly in the detention center and sentenced her to five years in prison. She was transferred to Liaoning Provincial Women’s Prison on February 19, 2019. On March 4, on her 14th day in that prison, she was tortured to death at the age of 52.

Mr. Hu was sentenced to two years in prison on June 20, 2019. Even though he was in critical condition, the court gave orders to transfer him to Kangjiashan Prison on October 30, 2019. He became emaciated and didn’t even have the strength to turn over. The prison authorities refused to release him and did not provide him with any medical treatment. They claimed that they would not release him even if he died since he refused to renounce Falun Gong. Mr. Hu passed away on February 16, 2020.

Ms. Chen Yongchun was sentenced to five years in Shenyang City Women’s Prison in 2017. After a month of brainwashing, the guards forced her to do unpaid labor, often working past midnight. Prison guards also instigated the inmates to beat her. The mental torture and long hours of labor caused her to lose weight rapidly. She was often in a trance and had no appetite to eat.

Less than one month after Mr. Li Zhendong was admitted to prison to serve a 3.5-year term, he developed severe ascites and was unable to eat. When his family visited him in the hospital, Mr. Li was emaciated, yet his belly was severely swollen and he had to undergo a daily procedure to remove the excess fluid. Despite his condition, the prison guards still handcuffed him to the hospital bed and watched him around the clock.

Mr. Li’s family applied for medical parole but was turned down. The prison also demanded they cover all of his medical fees. He fell into a coma on November 9 and had a persistent high fever of 105.8 °F. He passed away on November 13. He was 68.

Mr. Li Jiechun was arrested at home on September 7, 2016, by the National Security Brigade of Beipiao Public Security Bureau and Chaoyang Xinhua Public Security Bureau police. His home was also ransacked. He was detained at Beipiao Detention Center. He was sentenced to five years in prison on December 29, 2016. He appealed against the verdict, but the higher court ruled to uphold the original verdict several months later. He was taken to Jinzhou Prison and transferred to Dalian Prison in July 2017. The guards deprived him of sleep for many consecutive days in order to force him to renounce his belief in Falun Gong. The relentless torture claimed Mr. Li’s life on December 3, 2018. He was 62.

Several inmates stripped Ms. Jin Hong naked, put a lot of bugs on her body, tied her wrists to the bed railing of the upper bunk and hung her up. They taped her feet to the step ladder of the lower bunk. Then they put a plastic bag over her head and began to hit her head with full water bottles. Ms. Jin almost suffocated and passed out. Afterward, one inmate pinched her nipples, a second one taped her pubic hair before yanking the tape, a third one kicked her in the abdomen and a fourth one poked Ms. Jin’s private parts with her foot which had athlete’s foot to infect her.

This appalling torture happened on June 27, 2021, in Liaoning Province Second Women’s Prison with nine inmates involved under the instruction of the prison guards. Ms. Jin, in her 50s and of Shenyang City, Liaoning Province, is serving a four-year term there for practicing Falun Gong.

To cover up her injury from the beating, guard Sun Weijing ordered Ms. Jin to wear long-sleeved clothes and put on a mask. They also arranged for her to walk with elderly and disabled inmates, so others wouldn’t notice that she limped.

Several inmates in the same cell saw this incident. The officers on duty were Li Zhe and Li Yan. The clergy in charge was Yang Min and the supervisor of Section 6 was Niu Jingjing. The next morning, people saw that Ms. Xu’s jacket was soaked with bloody water, which kept dripping for several days. To cover it up and prevent others from seeing it, guards assigned inmates to take Ms. Xu for cleaning separately.