(Minghui.org) Students from three grades in the Joaquim Luiz de Brito state school were taught the Falun Gong exercises by local practitioners on September 14, 2022. They also learned about the persecution in China by the Chinese Communist Party (CCP). For the last five years, the school has invited practitioners to participate in their peaceful culture project. Students said that they loved doing the Falun Gong exercises. 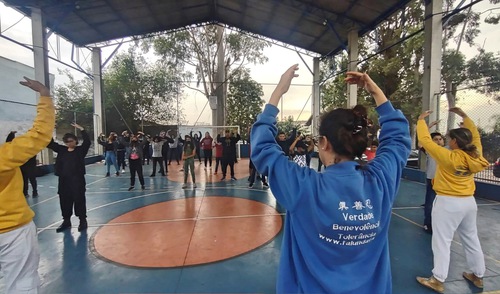 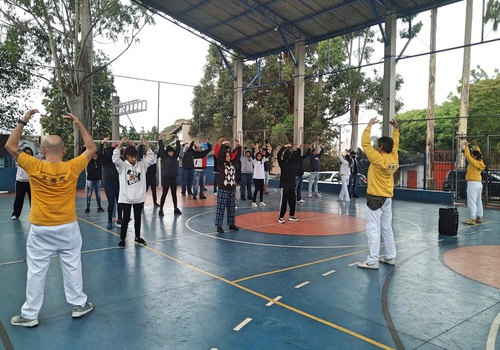 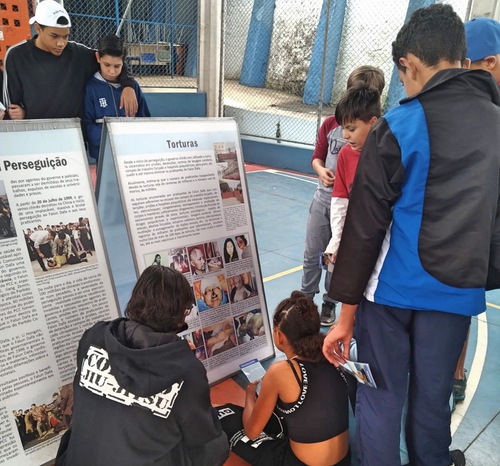 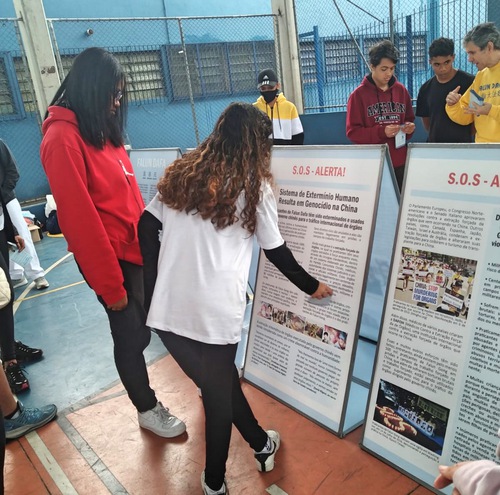 Practitioners told the students about the brutal persecution in China.

Students also learned about the brutal persecution in China. Practitioners explained how the principles of Truthfulness-Compassion-Forbearance followed by practitioners were a sharp contrast to the CCP’s violent nature. After Falun Gong was introduced to the public in the 1990s, people in China discovered that they became healthy and optimistic through the practice. Within a short period of time, the number of people learning Falun Gong increased significantly, surpassing the number of Communist Party officials. This made high level Party officials uneasy.

The students were shocked by the brutality and wanted to do something to stop the suppression. They also said they felt different sensations while doing the exercises. Some felt full of energy; others felt a current passing through their body; yet others felt light, as if floating on water. Some of them were able to sit in the full lotus position while doing the sitting meditation.

Luise learned the Falun Gong exercises last year. She said, “I loved this exercise.” She plans to go to a practice site to continue doing the exercises.

Tamires, a teacher, knew about Falun Gong and learned it last year too. She plans to go to a practice site as well. She hopes the students will become more focused and calm through practicing Falun Gong.

All the students received a flier with a brief introduction to Falun Gong and how they can learn it at home after the seminar.

Background: What Is Falun Gong and Why Is the CCP Persecuting It?