(Minghui.org) Falun Dafa practitioners from Moldova and Romania held a series of activities from May 13 to 15 to celebrate World Falun Dafa Day and to tell people about the practice. 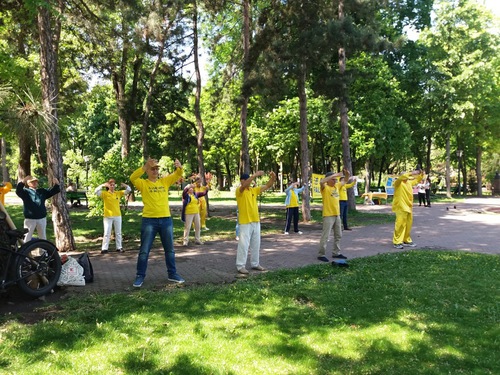 Practitioners held activities in Stefan cel Mare Park in Chisinau on May 14, 2022. 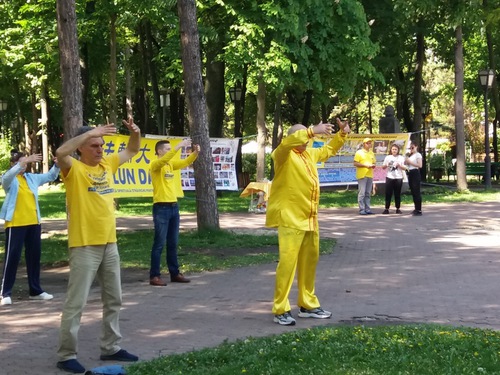 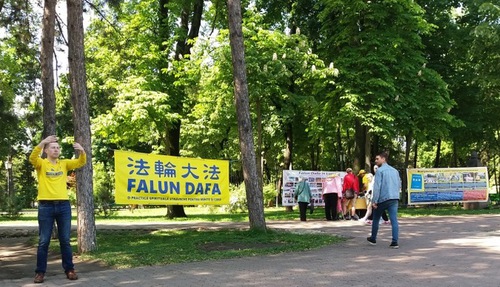 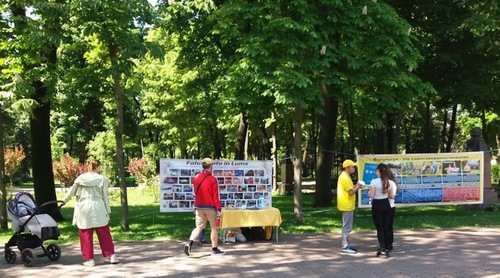 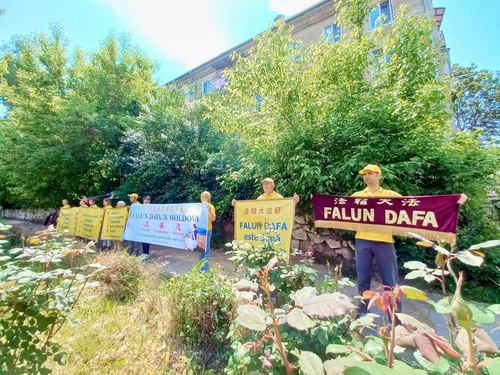 Falun Dafa practitioners held a peaceful protest in front of the Chinese Embassy in Chisinau, Moldova, from May 13 to 15. 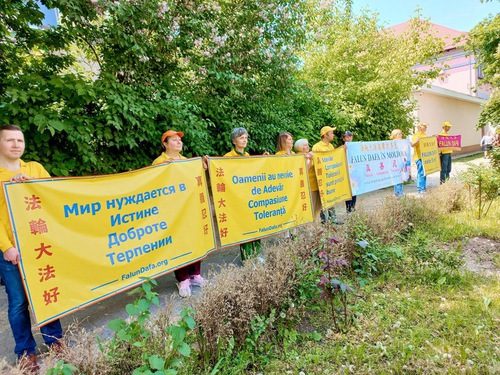 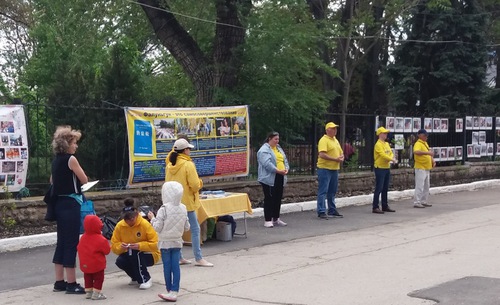 On May 15, 2022, practitioners from Chisinau and Romania held activities in Balti, the second most populous city in Moldova, to promote Falun Dafa. 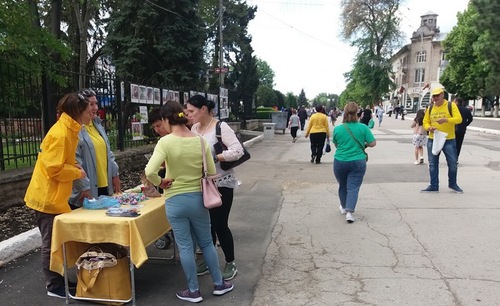 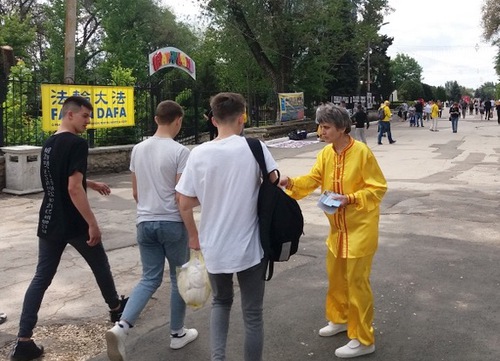 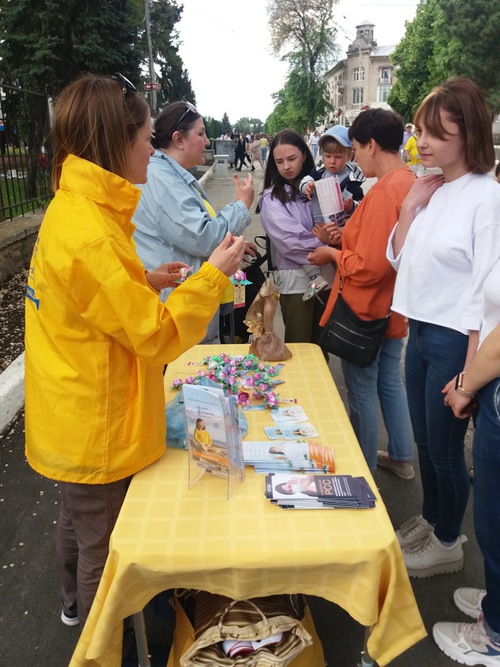 Located one hundred and forty kilometers north of Chisinau, Balti is the second most populated city in Moldova. On Friday, May 13, the entrance to the presidential building was open and anyone could enter the park surrounding the building. Outside the park, practitioners hung up banners and demonstrated the exercises. Many passersby stop and watched.

While practitioners were still hanging up the banners, some people came and asked what it was about. Many people took fliers and brochures in Romanian and Russian exposing the truth about the CCP’s persecution of Falun Dafa. Some people expressed their desire to learn the exercises, including two women from Odessa and Nikolayev who learned the exercises on the spot.

A Romanian practitioner who participated in the three-day activities said, “I spent three wonderful days with the practitioners from Moldova. It is a wonderful experience for me to talk to people about Falun Dafa.”