(Minghui.org) Many challenges face us today, from our health to family conflicts, from moral decline to natural disasters. For tens of millions of fortunate people, they have witnessed the blessings of practicing Falun Dafa. By doing the exercises and following the principles of Truthfulness, Compassion, and Forbearance, they have witnessed miracles that changed their lives.

In honor of World Falun Dafa Day, May 13, many of these people have written to the Minghui website to thank Falun Dafa and Dafa’s founder, Mr. Li Hongzhi. Below are excerpts from some of the greetings.

A man in Yichun City, Heilongjiang Province, said his wife used to have liver cancer, which was healed after she started to practice Falun Dafa. Hearing his wife often tell others to say “Falun Dafa is good, Truthfulness-Compassion-Forbearance is good,” the man followed her advice and did the same. Miraculously, his neuropathy, which involved involuntary twitching of his face and eyes and atrophy of his facial muscles, was cured. “I was very moved because Master is so compassionate,” he wrote.

A resident of Pingshan County, Hebei Province, said that Falun Dafa brought harmony to the family and peace to the community. “These blessings come from the power of Truthfulness-Compassion-Forbearance that they believe in,” he wrote. “This not only benefits practitioners themselves but also their families. Thank you, Master Li, for everything.”

A woman in Chenzhou City, Hunan Province, is grateful to Master Li for helping her family. “My husband and I and our two children have had car accidents. But thanks to Falun Dafa, all of us were fine,” she wrote.

One time, there was a major flood in her hometown. Many people died, including young people. “At that time, only my parents-in-law in their 70s and my two-year-old son were home at the time. But they were all fine. We know my family is protected because of Falun Dafa,” she wrote.

A street vendor in Chengdu City, Sichuan Province, said he had food poisoning last year. He had vomiting and diarrhea and sought medical help. But even intravenous injections did little. He still had to keep the business running. Noticing how bad off he was, a customer of his who practiced Falun Dafa told him about Falun Dafa, how the Chinese Communist Party (CCP) suppresses innocent people, including Falun Dafa practitioners, and how the Party lies. “I quit the CCP organizations and began to recite ‘Falun Dafa is good, Truthfulness-Compassion-Forbearance is good,’” the vendor wrote. “After that my illness was gone and I was full of energy. My business is also doing well. I am so thankful to Falun Dafa for everything.”

A retired railroad worker from Heihe City, Heilongjiang Province, said he heard about Falun Dafa through neighbors and friends. He believes that Falun Dafa and Truthfulness-Compassion-Forbearance are the hope of the future.

“There is a saying that, to win a small fight, you need strength, to win a battle, you need wisdom. But to win a war, you need virtue and blessings. That explains why Falun Dafa is important for us. That is also why I want to say, ‘Thank you, Master Li, and have a Happy Birthday!’” 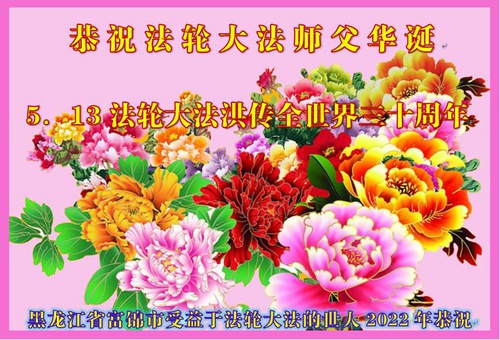 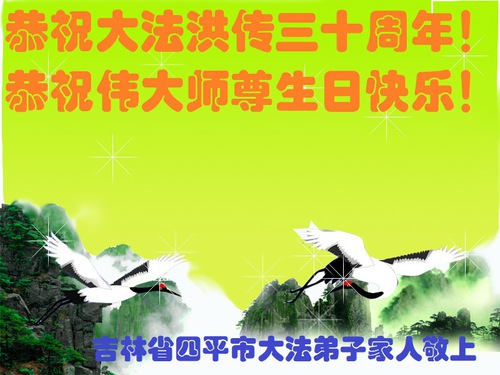 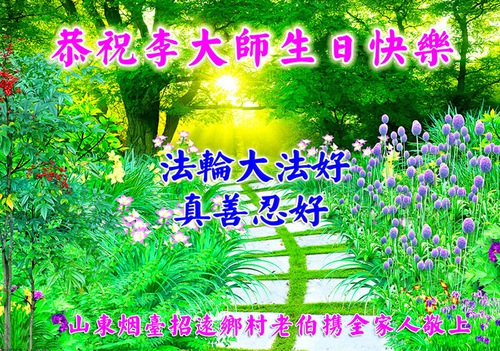 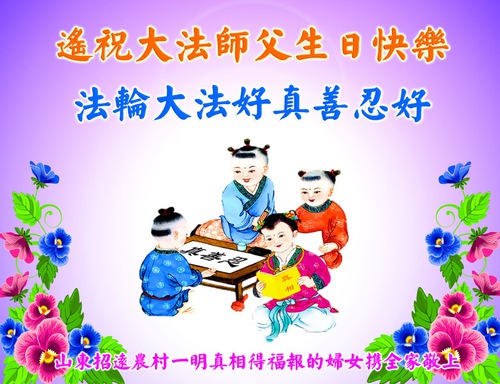 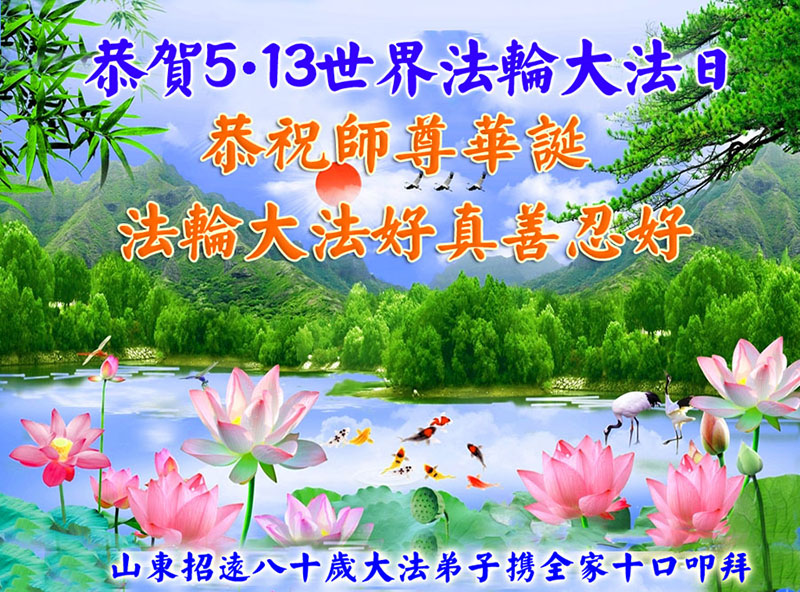 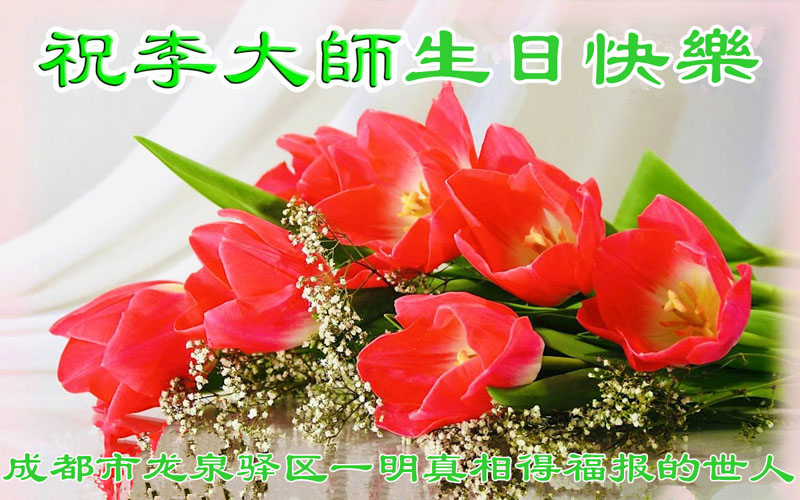 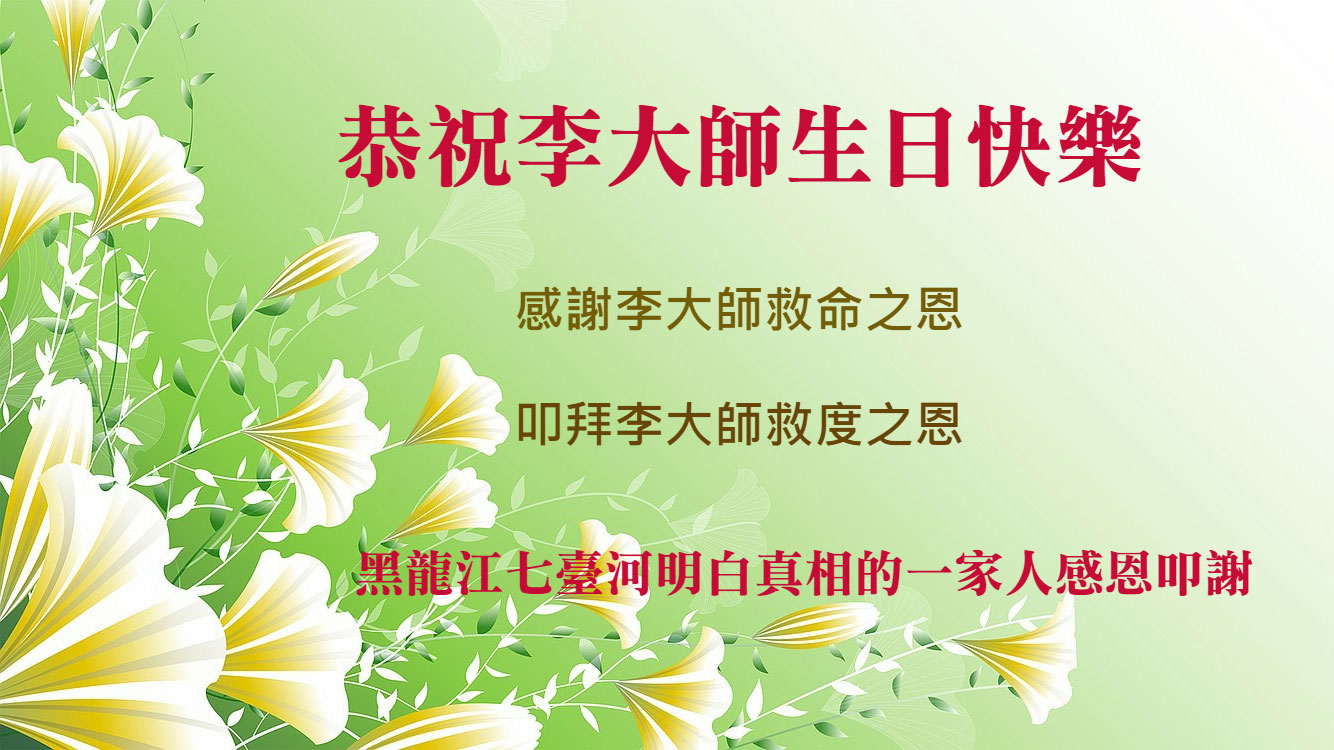