(Minghui.org) Falun Dafa practitioners held a candlelight vigil in front of the Chinese Consulate in New York on April 23 to mark the 23rd anniversary of the April 25 peaceful appeal.

They quietly practiced the Falun Dafa exercises in front of the Chinese Consulate, along the Hudson River. Bright banners emblazoned with messages in both English and Chinese introduced Falun Dafa and exposed the Chinese Communist Party’s (CCP) brutal persecution in China. In the evening, practitioners held a candlelight vigil to commemorate those who died as a result of the persecution over the past 23 years. 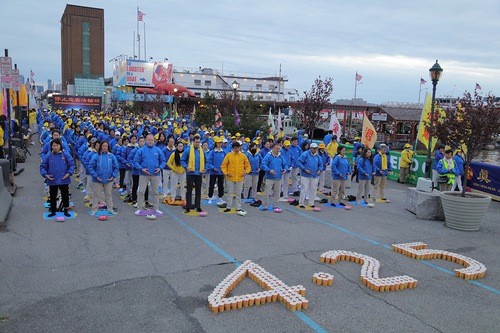 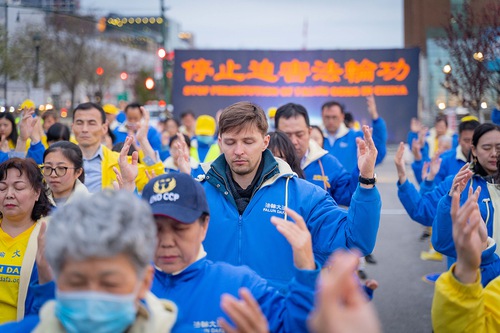 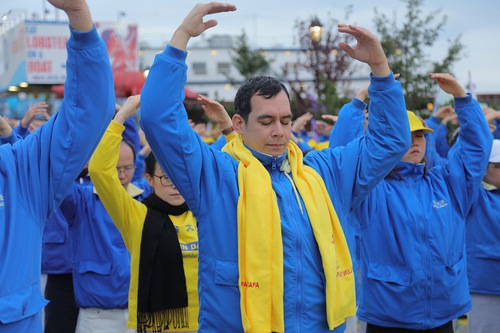 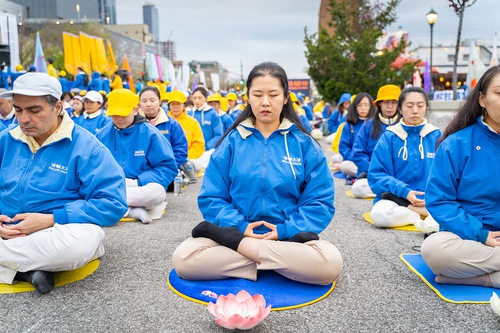 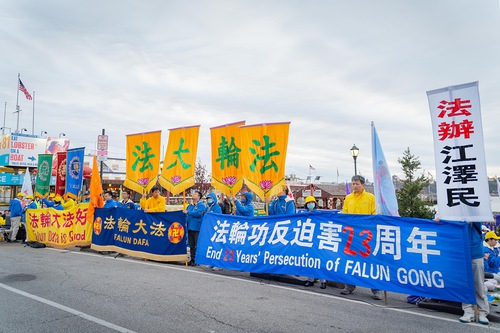 Practitioners do the Falun Dafa exercises in front of the Chinese Consulate on April 23, 2022.

Among the participants in the event were witnesses to the original April 25 appeal, along with new and veteran practitioners. 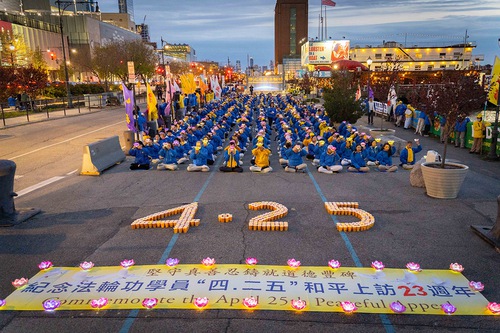 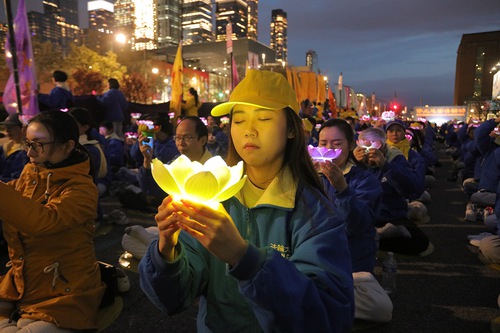 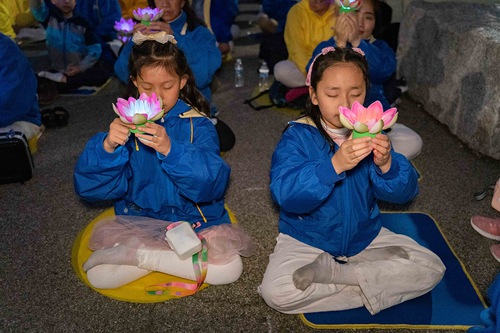 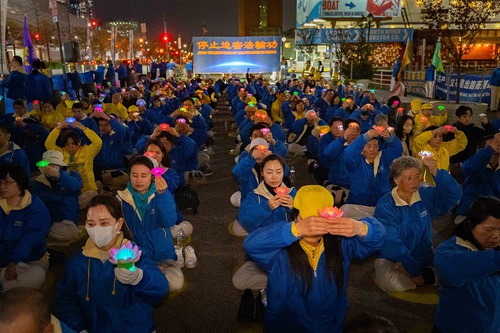 As evening quietly descended, the practitioners raised their candles and solemnly commemorated their fellow practitioners who were killed for their belief in Dafa’s principles of Truthfulness-Compassion-Forbearance.

Democratic Flushing community leader Martha Flores-Vazquez participated in the rally in front of the Chinese consulate earlier that day. She said that commemorating those Falun Dafa practitioners who died as a result of the persecution was the right thing to do.

William Paredes who lives in the area said, “I feel a very peaceful energy field. Truthfulness-Compassion-Forbearance are universal values. I want to say that everyone should practice Falun Dafa.”

William said that the CCP’s suppression was absurd. “People have the right to freedom of belief. Why do they suppress them? China should embrace Falun Dafa,” he said.

However, Jiang Zemin, former head of the CCP, perceived the spiritual discipline’s growing popularity as a threat to the CCP’s atheistic ideology and issued an order to ban Falun Dafa on July 20, 1999.

Minghui.org has confirmed the deaths of thousands of practitioners due to the persecution over the years, but due to the difficulty in getting information out of China, the actual number is suspected to be much higher. Many more have been imprisoned and tortured for their faith.