Brisbane, Australia: Locals Praise the Principles of Truthfulness-Compassion-Forbearance in Bringing Hope to the World 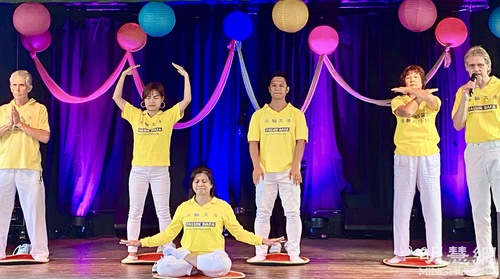 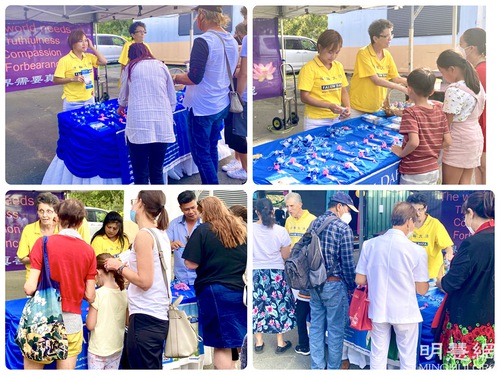 Practitioners were invited to demonstrate the Falun Dafa exercises on stage. They also performed traditional Chinese music and dances. Over three thousand audience members applauded their performances and many thanked practitioners.

Introducing the performance, the host said, “Falun Dafa practitioners bring us back to ancient China with traditional Chinese performances, such as dances, music, drums and singing. They will also demonstrate the Falun Dafa exercises including a meditation practice. This practice can alleviate stress and help one to obtain inner peace.” 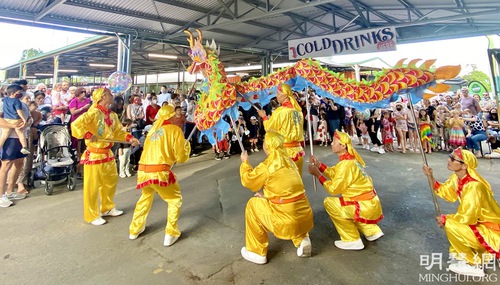 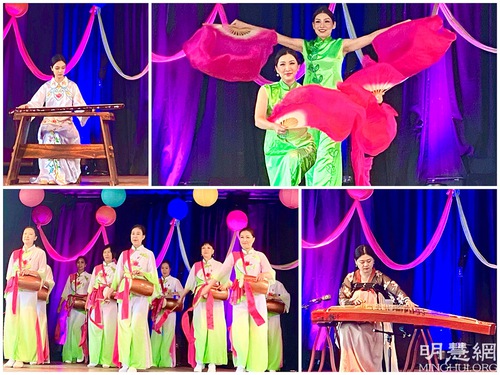 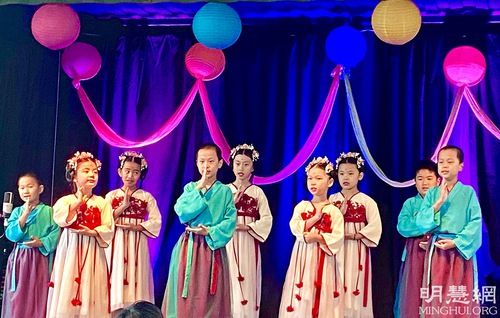 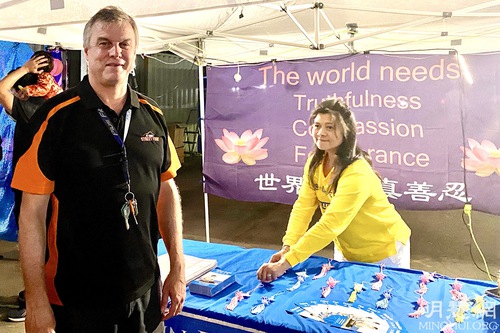 Mark Hawkins agrees with the principles of Truthfulness-Compassion-Forbearance

Event organizer Mark Hawkins said he agrees with Falun Dafa’s principles of Truthfulness-Compassion-Forbearance and said they align with Australia’s values of freedom, forgiveness, respect, and helping each other. He feels supporting Truthfulness-Compassion-Forbearance supports Australia’s moral foundation. He said, “Falun Dafa practitioners’ exciting performances gave the audience an insight to true traditional Chinese culture. I think that this is a very good opportunity for a cultural exchange.”

Mark cannot accept the fact that practitioners are still being persecuted by the Chinese Communist Party (CCP). He feels that in order for the CCP to be disintegrated, people need to be aware and learn its true, evil nature. He said, “More people need to be aware of the truth and make a clear choice. They cannot decide by blindly listening to others.” 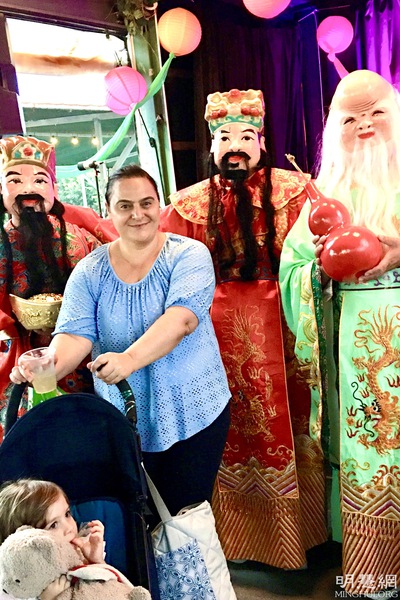 Helen Jasaba is a human resources manager at Australia’s biggest pork manufacturing company. She said, “I am very happy to see practitioners showcasing Chinese traditional culture. They are spreading the prosperity and blessings of the Chinese New Year in the Year of the Tiger. Practitioners’ performances bring positive contributions to society.”

Helen agreed with the principles of Truthfulness-Compassion-Forbearance and said, “I cannot believe such a good practice is being persecuted in China. This is unbelievable. I hope the persecution will end soon."

Local Resident: Please Hold On to Your Faith 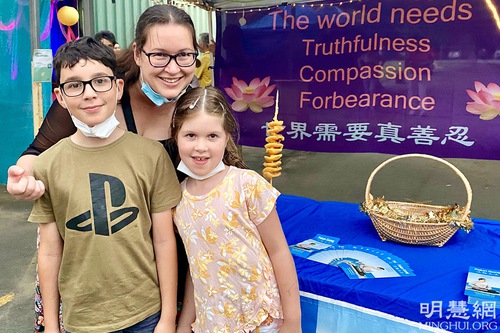 Betty said that she will always support practitioners in seeking justice.

When Betty heard about the forced live organ harvesting from Falun Dafa practitioners in China, she was appalled and said, “I cannot believe something like this is happening in China. Their crimes are worse than Hitler’s!”

She told practitioners, “The principles of Truthfulness-Compassion-Forbearance are very good. Please hold on to your faith.” 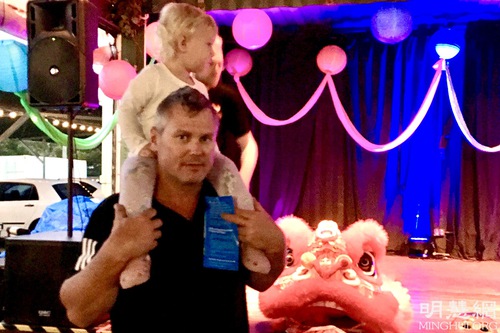 Luke said that he will learn more about Falun Dafa.

He said, “I hope to see such a delightful performance again next year.” Luke said that he will learn more about Falun Dafa.

Justin John works in a governmental security department. He said, “The Chinese New Year performances are very exciting this year. I plan to learn more about Falun Dafa.”

Manager: I Hope That Practitioners Will Perform Next Year

Sha Wharton, the manager of the Mount Gravatt Market, wrote in a thank-you letter, “Thank you Falun Dafa practitioners for your efforts. I am truly grateful for all the things you have done. The performances were great! Thank you for participating. I hope you will come back again next year!"