(Minghui.org) After three successful events between September 17 and 19, the World Summit on Combating and Preventing Forced Organ Harvesting started its fourth session on September 24 with a theme of “Silence and self-censorship by the media regarding forced organ harvesting crimes.”

Maurice Droin is a French economist and journalist, and he had also worked for the French Ministry of Defense. He said the live organ harvesting by the Chinese Communist Party (CCP) is a crime against humanity. But mainstream Western media had been remained silent on this issue. This happened because of the CCP’s financial pressure, ideological infiltration, and wolf warrior-type diplomacy. 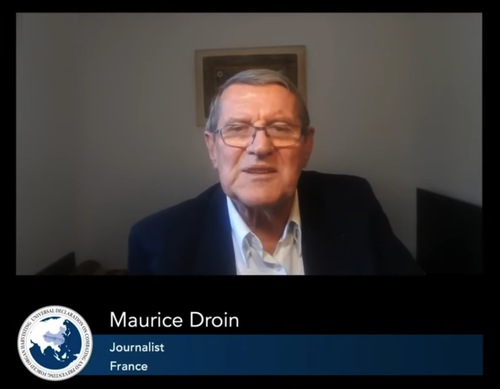 Droin said that twelve human rights experts from the United Nations published a report this June on organ harvesting by the CCP. The report not only confirmed the CCP’s crime of organ harvesting but also found that the only so-called “crime” of the victims is that they held a different ideology than the CCP. The report was made possible thanks to the hard work of those experts, who had to overcome many difficulties to obtain evidence of organ harvesting, yet Agence France-Presse chose not to publish the report after reviewing and then self-censoring it.

While committing severe human rights violations in China, the CCP manipulates media both inside and outside China to cover up its crimes. As a result, the crime of organ harvesting remains under reported.

During his speech, Droin said, “The Chinese press censors in China is ‘normal’ since only speech validated by the Communist Party is allowed. But is it normal for the Western press to censor in countries that call themselves democratic?”

For a long time, the CCP has been infiltrating Western society through propaganda, paying media outlets money to get its articles published and in turn influence policymaking. As a result, doctors, elected officials, and lawmakers turn a blind eye to and ignore the human rights abuses in China.

Droin encourages people to pay attention to independent media such as Epoch Times and NTD, both of which aim to report uncensored news free of the CCP influence. The two media outlets’ efforts are important because “by seeking and finding the truth is salutary and you will then be able to judge the importance, or not, of preserving freedom of expression and that of the press, which is now enslaved.”

Journalists Are Watchdogs of Society

Marco Respinti is a professional journalist and essayist in Italy, and he also serves as Director-in-Charge of the academic publication Bitter Winter, an international publication covering issues of religious liberty and human rights. “Journalism is the watchdog of democracy, constantly serving a better society,” he remarked, “This is all the more the case when journalism investigates totalitarian states, where fake news and violence are the daily bread.”

One example is the CCP, a regime that not only destroys all religions, but also detains and tortures faith groups, both physically and mentally. He said organ harvesting by the CCP has lasted for decades and the main victims are Falun Gong practitioners. Other minorities are also targeted, including Uyghurs, Tibetans, and Christians. 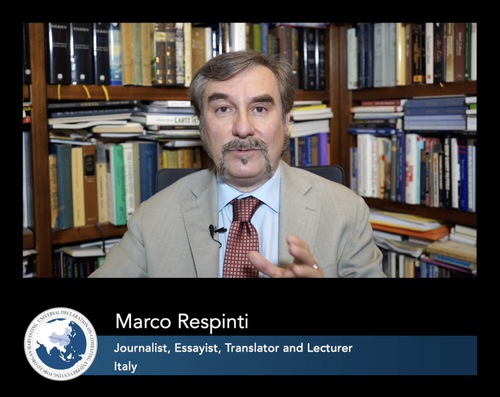 Marco Respinti, a professional journalist and essayist in Italy, spoke of journalists’ responsibility

He said the CCP had covered up many of its crimes and even sent officials to spread lies in international forums. Take Falun Gong practitioners and Uyghurs as an example. The CCP labels them, who dare to speak the truth, as “liars.” When unable to cover their crimes up due to mounting evidence, the CCP then finds excuses to try to “justify” its actions and to avoid intervention from the international community.

Unfortunately, some journalists yielded to the CCP under pressure. By repeating lies from the CCP, they made the situation in China even worse, as the escalation of the suppression by the CCP led to more deaths. In fact, journalists cannot take the CCP’s remarks at face value. For example, although the regime claimed transplant organs came from consenting donors, the number of transplants far exceeded the number of registered donors.

As a professional journalist himself, he suggested that other journalists work to set up a resources repository of information and reports on the crime of organ harvesting. He also encouraged them to openly discuss the credibility of this information and the response by the CCP. These efforts would help end killing of the innocent lives in China.

Zoé Valdés is a journalist, author, and cinematographer from Cuba. “I denounce, and will denounce with all my strength through my literary work and as a journalist, these crimes against dissidents who are punished, tortured, and killed for their beliefs,” she said, indicating that the majority of the victims are Falun Gong practitioners and Uyghurs, “These criminal practices must end at once.” 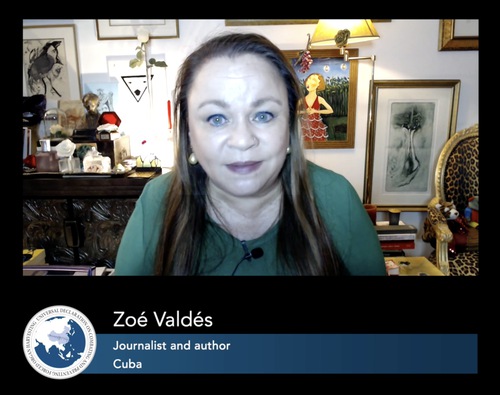 Valdés pointed out that the CCP even barred anyone from entering China to conduct independent investigations. She said the credibility of many news media is questionable. Rather than condemning the vicious and investigating the facts, they simply repeat the CCP’s lies.

In the end, she said organ harvesting is a serious crime by the CCP. When some mainstream media failed to report it, covered it up, or defended it, they function as the CCP’s allies.

Chang Chin-Hwa, Professor at the Graduate Institute of Journalism of National Taiwan University, said forced organ harvesting by the CCP has existed for many years and it still continues. Furthermore, Falun Gong practitioners are the main source of the organs, a main finding announced by the China Tribunal in June 2019. 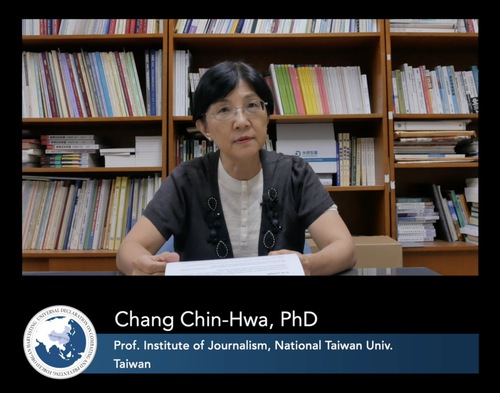 Chang Chin-Hwa, professor in journalism, said we cannot ignore the fact that organs are sold as goods

She said the tribunal had inquired about some China hospitals as part of its investigations, and they were told some organs were from Falun Gong practitioners. Recently, Falun Gong practitioners were found to be the main organ sources. Citing a newly released report, the Tribunal found people were killed on demand for their organs. The report claimed the CCP had committed crimes against humanity, although Beijing kept denying it.

Investigations showed the crime was top-down genocide and the motive could be financial gain. In addition, the Tribunal said Uyghurs and Tibetans may also have been particularly mistreated. Although this is a serious, major crime, hardly any mainstream news media have reported it.

Chang also cited the same UN report that Droin mentioned that was done by twelve human rights experts. She said she was shocked by the findings and saddened that there was almost no coverage of the report by mainstream media. In Taiwan, only Central News Agency had a news article published by its officer in Geneva. The article had a title of “UN Human Rights Experts Shocked: Forced Organ Harvesting Targeting Minorities in China. Beijing Renouncing Furiously.”

Although the article title seemed to imply it was a balanced report, it actually discredited the findings by the U.N. human rights experts and misled readers. Chang said that the sentence “Beijing renouncing furiously” gave off the impression that the UN report may be controversial or even lacks credibility. By doing things like this, media outlets are covering up facts, allowing the crime to continue.

Chang said the problems did not come from journalists or media alone. Many scholars and China experts have found the CCP had been trading money for power in an attempt to control the world. This includes businesses, technologies, entertainment industry, publishing, academia, and news media. As a result, news media that have connections with Chinese markets are affected.

She also urged people to support independent media that stay true to their principles, such as Epoch Times and NTD Television. We have learned from history that serious human rights violations deserve close attention from news media. By uncovering the truth, we can help end the crimes sooner.

She reiterated that it is the media’s responsibility to stop the CCP’s crime of trading organs for money.

In conclusion, Chang expressed hope that more media could “restore and abide by their professional ethics” and “disclose the truth so that we can stop the crimes as early as possible.”