(Minghui.org) A 79-year-old former engineer was sentenced to five years on July 28, 2021, despite dangerously high blood pressure and a heart condition as well as impaired vision and hearing.

Mr. Zeng Jiageng of Guangzhou City, Guangdong Province, was arrested on July 10, 2019, after the police accused him of using his phone as a hot spot to spread information about Falun Gong, a spiritual discipline that has been persecuted by the Chinese communist regime since 1999.

Mr. Zeng began to experience life-threatening high blood pressure and a heart condition two months after his arrest. Tan Junhua, a guard at the Guangzhou City First Detention Center, informed the Guangzhou City Police Department on September 10 of Mr. Zeng’s condition and urged the police to speed up the processing of his case. Mr. Zeng’s family and lawyer applied to have him released on bail but were turned down. 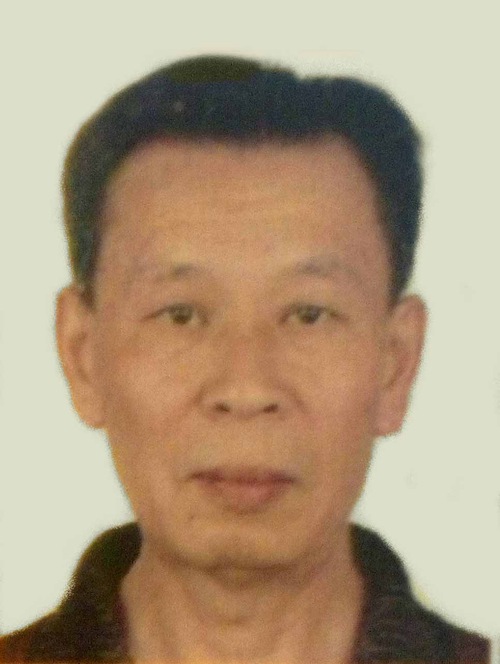 While examining the video of Mr. Zeng being interrogated on the day of his arrest, his lawyer noticed that the interrogation record did not match the video. The video showed the police asking Mr. Zeng what device he carried when he was arrested, where he got the Wifi hot spot, how he used the hot spot, if he’d spread information about Falun Gong with it, and if the police had found Falun Gong books and materials or a computer in his home.

Mr. Zeng remained silent throughout the interrogation. The police produced an interrogation record, however, that had answers to all the questions asked in the video, with Mr. Zeng “admitting:” “I had a white Wifi hot spot when I was arrested. The device was given to me by someone at a local market. I only used it to promote Falun Gong. I turned on the device when I went out. The police confiscated Falun Gong books and materials from me.”

When the police investigator followed up with the lawyer, he emphasized that the officers had followed legal procedures in the interrogation, without mentioning anything about their fabricating answers or saying if officers would be punished.

Mr. Zeng’s lawyer also discovered that the authorities kept a different copy of his case document, but neither the prosecutor nor judge has ever allowed him to see it.

Mr. Zeng was made to stand trial in the Haizhu District Court on August 17, 2020. The hearing was held through a video conference in the detention center. Due to his severe hearing loss, the presiding judge, Zhou Zhengyuan, asked his lawyer to write down questions he intended to ask Mr. Zeng. When the hearing resumed in the afternoon, the lawyer realized that judge Zhou had removed some questions regarding the illegality of the persecution of Falun Gong, even though he’d promised to send over all questions he submitted.

The prosecutor added a piece of prosecution evidence, which was a lawyer’s opinion that Mr. Zeng had forwarded to the authorities when he tried to rescue his son, Mr. Zeng Hao, who’d been arrested and sentenced earlier for their shared faith in Falun Gong. The lawyer’s opinion was written by a different lawyer, who emphasized the illegality of the persecution of Falun Gong and that Mr. Zeng was using it to defend his son’s innocence.

The judge held another hearing on September 23. Prosecutor Xu Weiguo smacked the desk and claimed that he was representing the country when the lawyer challenged the lack of legal basis for the persecution. Xu suggested that Mr. Zeng be sentenced to eight years in prison.

While awaiting the verdict, Mr. Zeng’s health deteriorated. His blood pressure kept rising. His hearing and vision declined further. He often suffered from insomnia and he couldn’t keep his balance while walking.

His family and lawyer’s repeated requests to have him released on bail were ignored, and judge Jia Cunjin stopped answering the lawyer’s calls.