(Minghui.org) To raise awareness of the Chinese Communist Party (CCP)’s 22-year-long persecution of Falun Dafa, practitioners in Turkey held a series of events between July 3 and 18 in Istanbul, Europe’s largest city. Known as Constantinople during the Roman Empire, the city was an imperial capital for nearly 16 centuries.

Practitioners held a candlelight vigil in Istanbul to mourn fellow practitioners who died as a result of the CCP’s persecution. 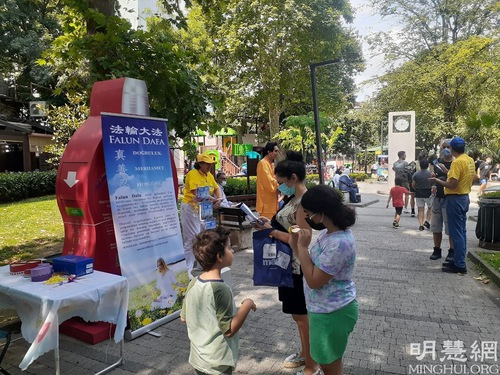 On Saturday, July 3, practitioners set up a booth at Mistik Park in Nisantasi to tell people what Falun Dafa is and about the persecution in China. Many people stopped to talk with practitioners or accepted materials to learn more. 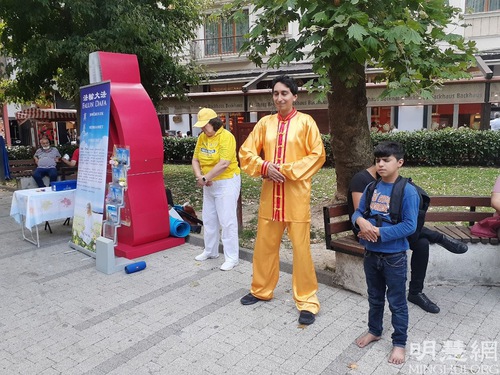 Suleyman, 13, learned all five sets of Falun Dafa exercises. “I could feel the energy,” he said, “I am very happy and I like it.”

Cansu, a girl who sells flowers at the park entrance, was very interested and watched practitioners demonstrate the exercises. She accepted a paper lotus flower and affixed it to her flower basket. After reading a pamphlet, she said, “The persecution in China is wrong, and it should not happen to anyone.”

Practitioners also held a photo exhibition on Saturday, July 10, at Besiktas Square. They were joined by practitioners from other cities and countries. As soon as one man heard what Falun Dafa is and how practitioners have suffered in China for their belief in the principles of Truthfulness-Compassion-Forbearance, he signed a petition calling to reject the CCP. “I hope more people will sign this,” he said.

A young man said he did not like the CCP’s communist policies, but he did not know the full extent of the regime’s crimes. He thanked practitioners and said he was glad he and his family learned more during the event. “What you do will make this world a better place,” he said. “You’ve done very well. Thanks!” 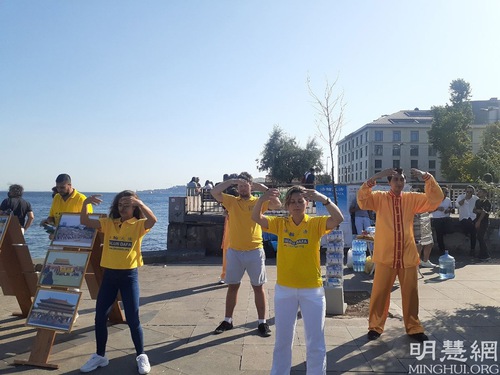 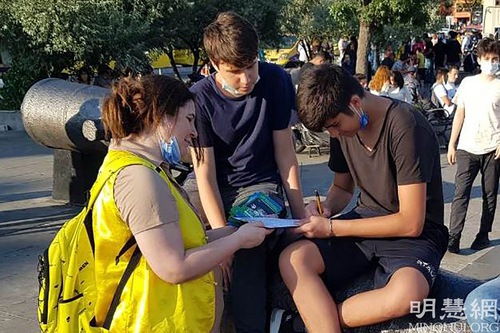 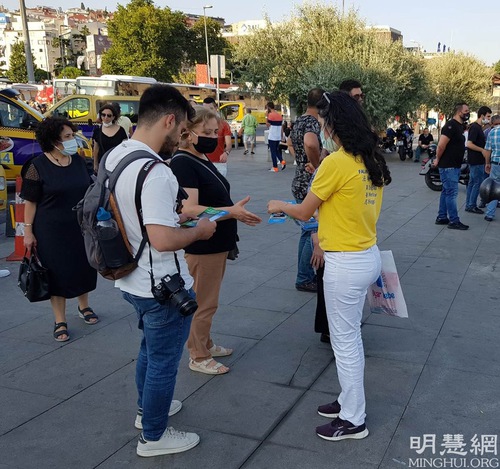 Just as the event ended, one family came up and asked about Falun Dafa. They heard the practice helps improve mind and body, and wanted to learn it. Their daughter had looked up information online. When they heard about the petition, they happily signed it.

On July 17, practitioners set up posters and demonstrated the exercises in a public place where many people walked by. The practitioners’ graceful exercise movements attracted spectators. 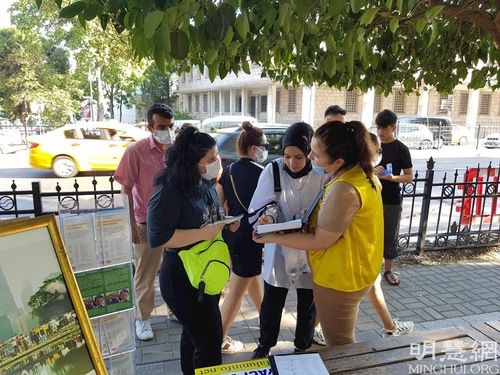 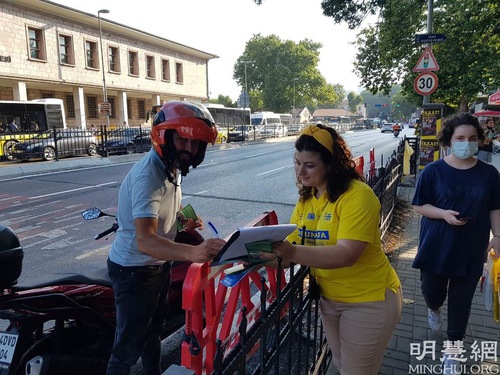 People sign a petition calling to reject the CCP.

A young woman talked with a practitioner and signed the petition. After a while she came back and said, “I have been practicing yoga for a quite a few years. While talking with you earlier, I found your eyes shining with light. That is why I wanted to know more about the practice.” After the practitioner shared her own experience, the woman said she would give it a try. 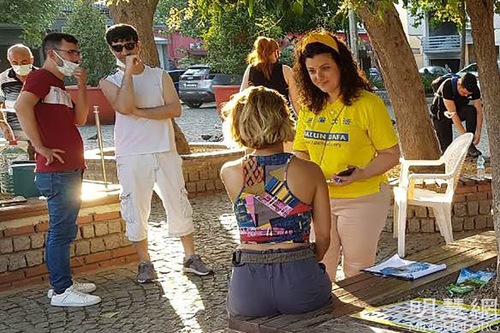 One woman was interested in learning more about the practice.

Practitioners held a candlelight vigil outside the Chinese Consulate in Istanbul.

On the evening of July 18, practitioners held a candlelight vigil outside the Chinese Consulate in Istanbul to mourn practitioners who had lost their lives in the persecution.