Legislator Wu Szu-Yao paid her respect to the practitioners in China, who face great danger but continue to fight for human rights and freedom.

She said, “The practitioners in China face omnipresent pressure, yet they still keep doing the right thing. Their actions shed light on humanity... They are a role model for people who pursue freedom and human rights.”

Legislator Liu Chao-Hao condemned the Chinese Communist Party’s (CCP) violence against Falun Gong. He stressed that no one in the world should have fear of persecution because of his belief. “I believe the persecution is not a problem between the CCP and Falun Dafa practitioners. It’s a problem that all countries that value democracy and freedom face,” said Liu.

“No country should use religious belief as a tool to suppress the people,” Liu stressed. He called on everyone to stand up and condemn the persecution and protect the universal value of human rights.

Legislator Tsai Yi-Yu said, “Let us speak up for Falun Dafa. We hope that they continue to expose to the world the CCP’s suppression of belief and human rights.”

Legislator Huang Shiou-Fang said, “The CCP has been known to suppress human rights. When the practitioners protest against the persecution, I expect everyone to stand up and speak up for human rights as we are also fighting for our future and freedom.”

Speaking of the practitioners’ effort to end the persecution, legislator Chung Chia-Pin said, “It’s everyone’s understanding that human rights need to be protected.” He believes that any democratic country will support the practitioners for exposing the CCP’s dictatorship and evil nature, “I believe that it’s a positive movement,” he said.

Legislator Chen Jiau-Hua said that she felt sorry to see how the practitioners in China have suffered and continue to suffer in the persecution. She was especially saddened to learn of the atrocity of the CCP harvesting organs from living practitioners incarcerated for their belief. She condemned the CCP’s brutality and said that forced organ harvesting for transplants must be stopped.

“I respect people who are courageous and committed,” he said. He believes that the Chinese people are encouraged by Falun Dafa practitioners' efforts to speak up for human rights. The CCP has become a threat to world stability, he emphasized.

City councilor Chang Mao-Nan said that the CCP decided to eliminate Falun Dafa because it realized how good the practice is and worried that it would threaten its political existence in the future. Chang praised the practitioners for being steadfast over the past 22 years and hoped to see Falun Dafa’s teachings become an important part of Chinese culture and its core values. He condemned the CCP’s tyranny and the dehumanizing action of harvesting organs from living practitioners.

City councilor Hung Chien-Yi believes that justice will be served. “What the Falun Dafa practitioners do now is historic and they must continue,” Hung said, “I believe that tyranny is bound to end.”

City councilor Li Chi-Wei said, “We have been paying close attention to what is happening to the Falun Dafa practitioners in China. Everyone should be aware and condemn the CCP’s crimes.”

Every time city councilor Li Yi-Te hears about the persecution of Falun Dafa, he said he finds it unbelievable. He couldn’t believe that in modern times any regime would brutally suppress law-abiding citizens. And the persecution continues to worsen after 20-plus years.

He hopes that more people will stand up to support Falun Dafa and speak up for Dafa practitioners. He encouraged people to understand Falun Dafa’s teachings and believes that Taiwan will protect practitioners.

Truthfulness, Compassion, Forbearance Will Lead the World to Light and Hope

Lin Hsiang-Ting admires the persistence of Falun Dafa practitioners and believes that Truthfulness, Compassion, Forbearance will lead the world to light and hope. “Taiwan’s democracy will be your strongest backer,” she said.

Chen Yi-Chi, Head of the Taiwan Statebuilding Party, said that the spiritual belief of Falun Dafa allows practitioners to have higher goals. He said that practitioners not fearing the CCP’s suppression is what the CCP fears most. 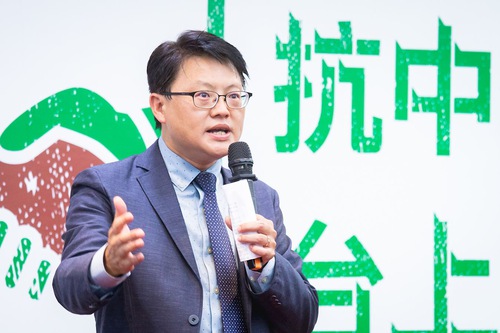 Chen believes that Dafa practitioners have contributed to the world significantly by exposing the evil nature of the CCP.

“The evilness of harvesting organs from living practitioners for transplant surgery is beyond any human being. If it wasn’t for the practitioners’ persistent effort to tell everyone the truth, people might still treat the CCP as a normal group,” Chen said.

Attorney Huang Di-Ying, president of Taiwan Forever Association, said that it hasn’t been easy for the practitioners, despite being persecuted by the CCP, to fight for human rights over the past 22 years. The practitioners have provided positive help and constantly exposed the CCP’s brutalities on international media. This has allowed the global society to pay attention and understand the evil nature of the CCP.

“To focus international attention on the CCP’s persecution so that the international society continues to condemn the atrocity of organ harvesting. This is the best way to stop the CCP and save the people who may be persecuted by the dictatorship in the future,” said Huang. 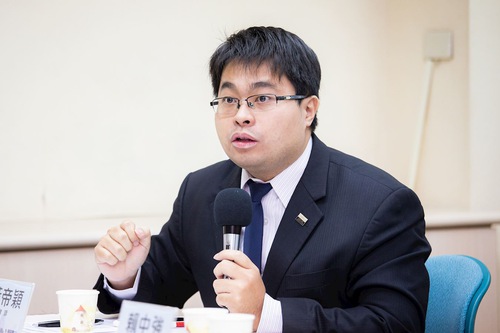 Gao Wei-Bang, President of Victims of Investment in China Association, said that China’s Constitution protects religious freedom and freedom of speech. The persecution of Falun Dafa is the CCP’s violation of the Constitution.

“This explains that the CCP’s laws are phony and it protects its reign through lies and violence. The CCP is a group of gangs that oppresses the people.” He said that the CCP has caused over 80 million unnatural deaths in China through its past political campaigns. “There is nothing the CCP wouldn’t do. It has lost the people and is bound to end,” said Gao. 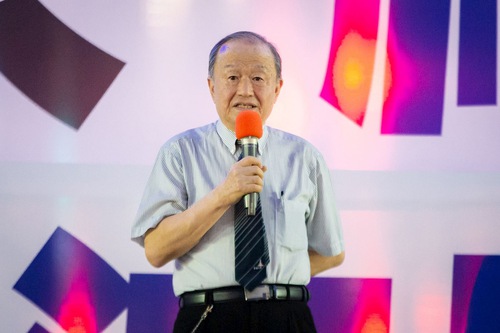 Gao Wei-Bang, President of Victims of Investment in China Association

No Time Limitation for Prosecution of Crimes Against Humanity

Before July 20 this year, Falun Dafa practitioners collected 3.87 million signatures from people in 37 countries and areas, asking China’s judiciary system to prosecute Jiang Zemin for crimes against humanity and genocide. Jiang is the former Chinese leader who singlehandedly launched the persecution of Falun Dafa on July 20, 1999. Over 1.3 million people in Taiwan signed the petition.

Professor Tseng Chien-Yuan, president of New School for Democracy, said that over a million signatures from Taiwan showed that many people in Taiwan sympathize and are concerned about the suffering of practitioners in China. 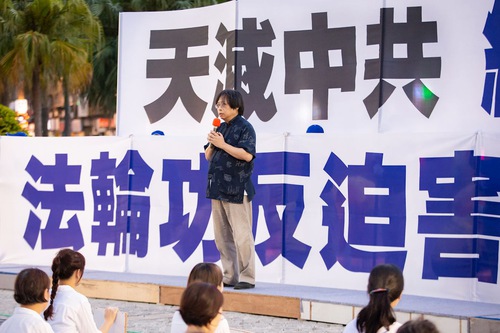 According to Tseng, former Chinese head Jiang Zemin and his regime committed crimes against humanity for persecuting the practitioners. “For this major crime against humanity, according to the Rome Statute passed by the International Criminal Court on July 17, 1998, there is no time limitation of prosecution."

He called on the signatories of the Rome Statute to prosecute and try any officials who have persecuted Falun Dafa once they set foot in their jurisdiction.