June 5, 2021 |   By a Minghui correspondent in Guangdong Province, China

(Minghui.org) A retired sailor in Maoming City, Guangdong Province is facing trial for his faith in Falun Gong, a spiritual discipline that has been persecuted by the Chinese communist regime since 1999. 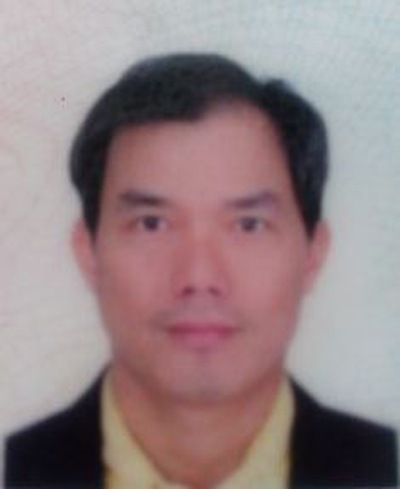 Mr. Lin Wu, 56, was ambushed by two people hiding in his apartment building when he returned from grocery shopping on August 14, 2020. Thinking that they were going to rob him, he struggled and attempted to escape. Those people made a phone call and three more people showed up, who pressed Mr. Lin against the floor and took away his home key. They then ransacked his home and confiscated his Falun Gong books and other personal belongings.

Mr. Lin was taken to the local police station around noon. The police handcuffed and shackled him tightly in a rusty metal chair. They interrogated him with intimidation and verbal abuse until 2 a.m. While Mr. Lin maintained that he was a law-abiding citizen and refused to answer any questions, the police fabricated answers and filled out the interrogation record.

The police then took Mr. Lin to a local hospital for a physical examination. He had his blood drawn and an electrocardiogram, and a CT scan. The doctor found he had a severe heart condition, but the police still took him to the Maoming City No. 1 Detention Center at 4 a.m. He was handcuffed all the time during the examination and transfer.

The police attempted to repeat the electrocardiogram on Mr. Lin on August 16 but had to cancel it after he developed a fever.

Two days later, Mr. Lin was taken to the hospital for an echocardiogram and electrocardiogram. The doctor didn’t communicate with him about the results, but he was feeling tightness in his chest. He also had difficulty breathing, dizziness, and numbness in his arms and fingers.

The police took Mr. Lin back to the hospital for the same heart exams on September 14, as his symptoms persisted and his weight dropped from 143 lbs to 99 lbs in a month. But the doctor still didn’t talk to him about the results.

One day after the Maonan District Procuratorate approved his arrest on September 18, the police came to the detention center and interrogated Mr. Lin again. Mr. Lin refused to cooperate, nor did he acknowledge the fabricated answers on the interrogation record right after his arrest.

Mr. Lin’s lawyer visited him at the detention center on September 23 and then met with prosecutor Yu Huadan and police officer Fan Laibiao in charge of his case on September 24.

The lawyer urged Fan to drop the charge against Mr. Lin due to the lack of evidence. He also demanded the release of Mr. Lin, given his heart condition and high blood pressure. The lawyer emphasized that all officers will be held responsible for all the Falun Gong cases they’ve handled. When Falun Gong is vindicated one day, they would be brought to justice. Fan rejected both of his requests.

The police submitted Mr. Lin’s case to the Maonan District Procuratorate on November 17. His lawyer reviewed his case document on December 2 and also visited him at the detention center. The lawyer said Mr. Lin has lost more weight since their last meeting.

Due to the pandemic lockdown in Shijiazhuang City, Hebei Province, Mr. Lin’s lawyer was unable to travel to Maoming to work on his case. His family hired another lawyer for him, who found out on January 26, 2021, that prosecutor Yu had indicted him earlier that month.

When the lawyer went to the Maonan District Court to review Mr. Lin’s case documents, it took him over 30 minutes to get access, as judge Ke Xuejun attempted to block it.

Judge Ke initially scheduled a hearing for April 6, but then postponed it to a later date yet to be announced.

Mr. Lin’s incarceration left his four children in deep despair, when they are still mourning the loss of their mother, Ms. Li Suzhen, who died as a result of the persecution of Falun Gong.