Miracles Occurred After I Started to Cultivate

(Minghui.org) Back in 2002, I worked in a restaurant kitchen, which was demanding and took a toll on my knees. I rubbed ointment on my joints to ease the pain. I was only in my thirties and needed the work to support my family, so I constantly worried about my future.

I passed by Kowloon Park every day going to and from work. I noticed people meditating there and thought that this exercise might help my knees.

When I was growing up in mainland China, I tried some other form of qigong that included meditation. So I asked the people in Kowloon Park what kind of qigong they were doing. Someone said that this was Falun Dafa and it's free to learn. I was surprised. No fee? I thought that everything costs money these days.

I borrowed a copy of Zhuan Falun from the library, and once I started reading, I couldn't stop. I read until three o’clock the next morning.

Learning the exercises and reading the book happened in the same day. After a month of doing the exercises, the pain in my legs lessened. Later, my legs only occasionally hurt when I worked long hours.

During that period of time, I sat in the full-lotus position (with both legs crossed) to do the sitting meditation for one hour at a time. The pain in my legs was quite severe; it felt like being stabbed with a knife. I was covered in sweat every time, but I persisted. When I was able to endure the pain, after a while, I would feel relief, but the next wave of pain would soon arrive.

This lasted for about six months. I thought, there are many ways to eliminate karma, experiencing pain in the legs during meditation is only one of them. Master Li Hongzhi helped me to eliminate a lot of karma so that I can cultivate. I am grateful for His compassion!

Clarifying the Truth About the Persecution

I often wrote letters to relatives and friends in mainland China to let them know the truth behind the persecution of Falun Dafa. My father wasn't pleased and worried that the police from the mainland would come to arrest me. We had many heated arguments, as both of us stood firmly in our beliefs.

It took over 10 years for him to change his mentality toward Falun Dafa. Last year, he finally quit the Chinese Communist Party (CCP) affiliated organizations that he joined in his youth.

I talked to my brother-in-law about quitting the CCP every time we met at our family gathering around the Chinese New Year. After my persistence for over 10 years, he eventually quit the CCP's organizations.

In my understanding, helping others to learn the truth about the persecution of Falun Dafa is the most important thing for us to do. We mustn't be afraid of failure. More and more people in Hong Kong are coming to have a positive understanding of Dafa.

The Power of Cultivation

While at work one day, the tip of my right middle finger got chopped off by a machine. I didn't even notice it at first, as it didn't hurt or bleed. How strange, I thought. Where did my finger go? I picked up the tip of my finger and went to the hospital.

The doctor said that it was too late to attach it. Without hesitation, I said: “It's OK! Just stitch it back on. It's fine.” 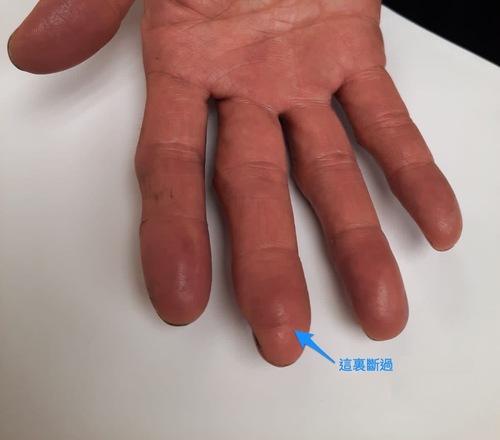 Since I insisted, the doctor sewed the part of my finger back on. It soon healed and only a scar was left. The finger now doesn't feel any different from before the accident.

The above are my personal experiences of cultivation in Dafa. Please kindly point out anything inappropriate.