(Minghui.org) A story of a Falun Gong practitioner's death on the Minghui website reminded me of my own son's death 16 years ago. My son, Ye Hao, an engineer at Central-South Architectural Design Institute Co., Ltd. in Wuhan City, Hubei Province, lost his life to the Chinese Communist Party’s (CCP) persecution of Falun Gong. He was 35. 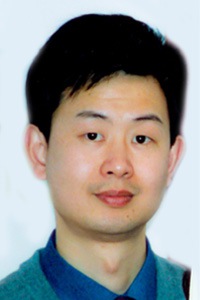 A Kind and Upright Son

Hao graduated from Hubei Province's Huazhong University of Technology majoring in computer science. He was an obedient and understanding child since he was little. In school, he was a good student and appointed as class president. His father died young. I had to bring up two children alone. Life was difficult. To make things worse, Hao contracted hepatitis B at the age of twenty, and was not fully cured.

Hao was fortunate to have the opportunity to attend the founder of Falun Gong's fourth lecture series in Wuhan, held at the City Municipal Auditorium in 1993. Since then, he took up the practice and became a happy person. He got up every morning to go to the park for morning practice. He bore the hardships of meditation and was able to cross his legs in the full lotus position in a short time.

He regained his health in less than six months of practice. Having experienced the wonderfulness of Falun Gong, Hao was deeply grateful to the founder of Falun Gong.

After graduating from college, Hao worked as an engineer in Central-South Architectural Design Institute. He followed Falun Gong’s principles of Truthfulness-Compassion-Forbearance at his job and worked diligently without pursuit of money and fame. He was always willing to take over less favorite assignments, and yet still achieved great results. He was praised by his superiors and colleagues.

When there was a disastrous flood in China in 1998, Hao donated clothes and money again and again. He was mindful of others. While I sometimes complained about his generosity, he said to me, “Mom, it would be great if you could treat other people the same way as you treat me.”

Appeal for Justice for Falun Gong

The day after the CCP launched the brutal persecution against Falun Gong on July 20, 1999, Hao and several fellow practitioners went to the Hubei provincial government with the intention to speak with the top provincial officials about the facts of the practice. However, they were not allowed to enter the compound.

Many volunteer instructor practitioners in Wuhan were arrested during the night of July 21, 1999. At the same time, about ten thousand practitioners heard the news and went to the provincial government to appeal throughout the night, including me (I had also begun to practice Falun Gong by then). Many police cars arrived and practitioners were taken away. I was one of them. Many of us were taken to a brainwashing center.

Hao was in the middle of the process of moving to Canada to work when the persecution began. He decided to give up his plans to immigrate and stay in China.

After I was released, Hao and I went to the State Petition Office in Beijing on September 30, 2000, to appeal for justice for Falun Gong. When we returned home on the evening of October 7, our home was a mess. It had been raided while we were out of town. Hao immediately decided to go back to Beijing to appeal again. He boarded the train to Beijing that same night, without even a sip of water.

He went to Tiananmen Square and displayed banners reading “Falun Dafa is good! Truthfulness-Compassion-Forbearance is good!” and “Restore Master's innocence! Stop the persecution of Falun Gong!” There were 11 Falun Gong practitioners at the square at the time, from around the country. Nine of them were dragged away by the police. But the police seemed to have not noticed Hao. He and a practitioner from Shandong Province escaped.

In Beijing, Hao met a practitioner who had just escaped from the notorious Masanjia Forced Labor Camp in Liaoning, who recounted the cruel persecution against the practitioners there. Hao organized the information and promptly sent it to Minghui.org to expose it.

Hao lost his job due to the persecution. He left home and went into hiding. The police and 610 Office offered a reward of up to 70,000 yuan for his arrest.

After some time, Hao returned to Wuhan. He devoted himself to producing Falun Gong informational materials for practitioners in the surrounding areas despite the extreme difficulties he was facing.

The police tracked him down in March 2001. One of them disguised himself as a Falun Gong practitioner and asked to meet with Hao for an “important matter.”

As soon as Hao arrived at the meeting location, he was brutally beaten and kicked to the ground by the police, and then he was handcuffed and pushed into a police car.

At the time, I was being detained in a brainwashing center. An officer from the 610 Office later told me that they had been tracking Hao all the time. They even knew when he withdrew money from a bank in Beijing. They made the arrest after he returned to Wuhan.

Hao was first held at the Wuhan City Second Detention Center and then transferred to Qingling Detention Center in Hongshan District. He was given two years at Hewan Forced Labor Camp without any due process. I was not notified of his term.

Hao was subjected to cruel torture in the labor camp, including long-time detention in solitary confinement and corporal punishment. He upheld his belief in Falun Gong and never gave in. He was deprived of visitation rights. The long-term intensive torture crushed his health.

Soon after Hao’s release from the labor camp, his hepatitis B relapsed. But the police didn’t leave him alone. They continued to follow him, monitor him, and harass him. The mental pressure caused further damage to his body, and he passed away in October 2005.

Throughout the years of persecution, my home was ransacked five times; I was repeatedly detained in brainwashing centers seven times for a total of over 18 months; I was detained in detention centers three times for a cumulative time of six months. I was sentenced to three years in prison in 2012 but was allowed to serve time outside of prison.

In 2015, I fled China. Turning 80 this year, I hope that this inhuman persecution will end soon. The exposed facts of the persecution are only the tip of the iceberg.