(Minghui.org) The 42nd Flower, Fruit and Vegetable Festival took place on September 14, 2019, in Skierniewice, Poland, and Falun Gong practitioner's dragon dance team participated in the festival's parade. This is the fifth time practitioners have joined this annual event, and their bright-colored blue and yellow banners and lively golden dragon dance received warm applause from the crowd. 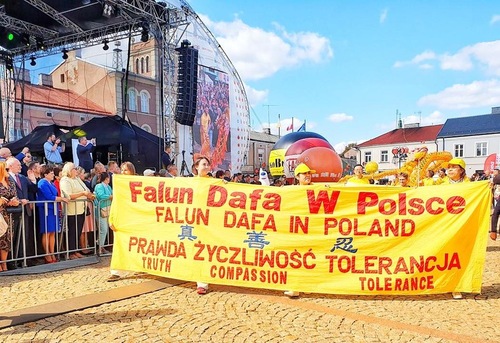 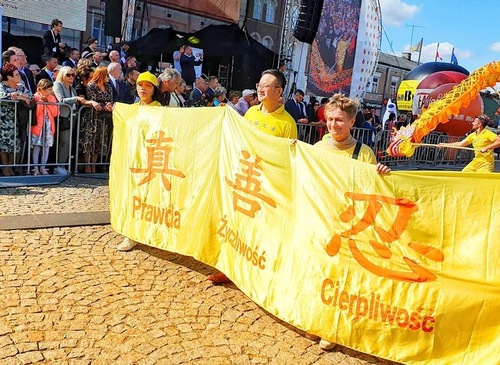 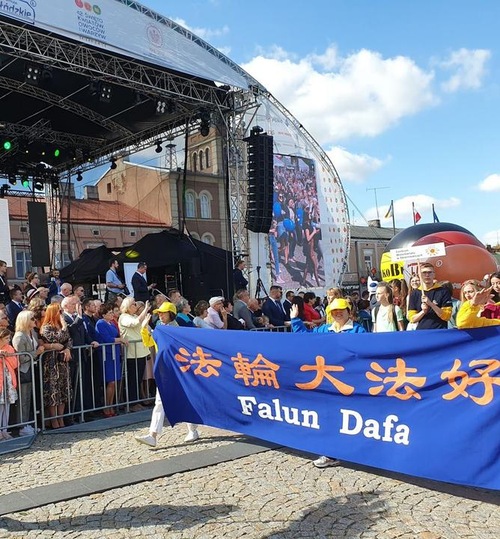 Located halfway between Warsaw and Łódź, two of Poland's largest cities, Skierniewice is known for its fruit farming and agricultural research. Residents of nearby towns also join this annual festival, and the number of attendees this year reached 300,000. Elected officials were among those in attendance at the event this year, including the Polish President Andrzej Duda. 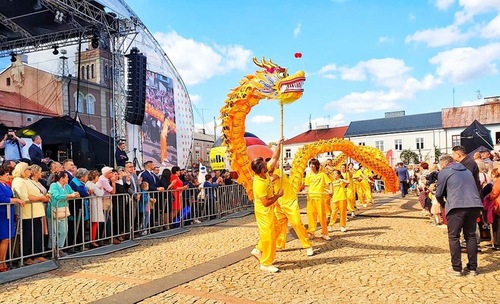 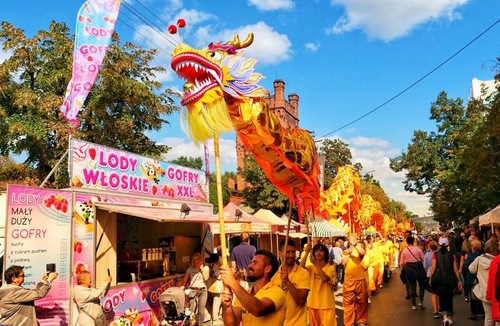 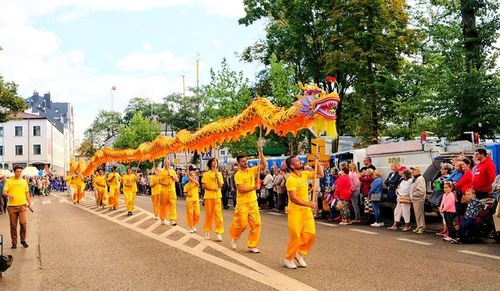 Falun Gong practitioners perform the dragon dance in the parade.

The practitioners' golden dragon was more than 40 yards long and had 21 practitioners in the dragon formation. During the parade, practitioners also used a loud speaker to explain how the meditation and principles of Truthfulness-Compassion-Forbearance benefit people around the world. 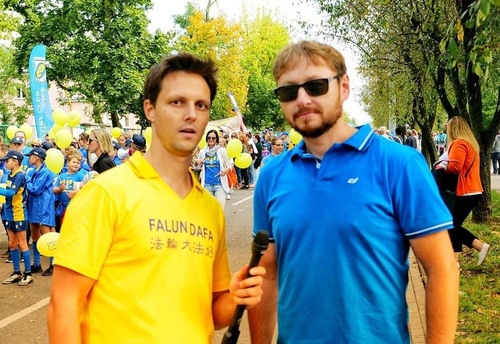 Krzysztof Kowalski said he enjoyed watching the dragon dance team. “I could tell that the meditation helped you with physical strength and endurance. Collaboration between the team members also went very well,” he commented. 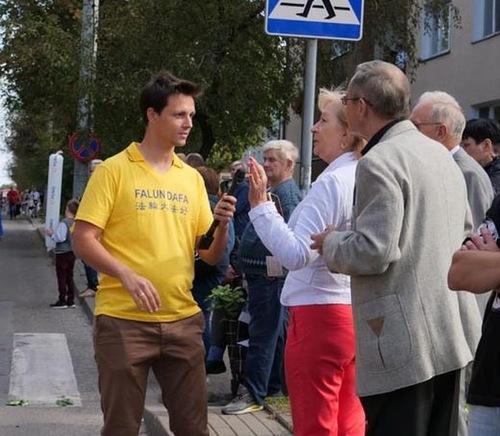 Alicja Dobrowolska said she agrees with the principles of Truthfulness-Compassion-Forbearance. “Our world needs them. After all, people should care about each other and be nice to each other,” she said. 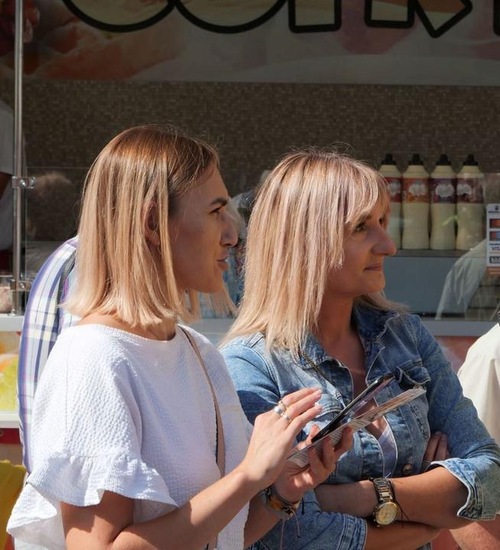 Małgorzata said the principles of Falun Gong bring a positive message and they are very meaningful. “To me, honesty and kindness are something that all of us should cherish,” she commented.

Anna Chmielewska talked with a practitioner and asked if she could join the dragon dance. The practitioner explained to her what Falun Gong is. “We practitioners cultivate our mind nature with the principles of Truthfulness-Compassion-Forbearance. What we achieve is physical health and moral improvement,” she said.

Chmielewska thanked the practitioner for sharing the information and was glad to hear that anyone could learn the exercises and teachings free of charge. She said she is interested in learning the meditation, as well as joining the dragon dance.

In his speech during the festival, President Duda said, “Thanks to the farmers' work, their hardships and their love for Polish soil, we all have food security.”

The first lady, Agata Kornhauser-Duda, praised the event for its community spirit. “This is a festival during which we, as Poles, want to be together—because we feel and understand that what is good must be shared,” she said. 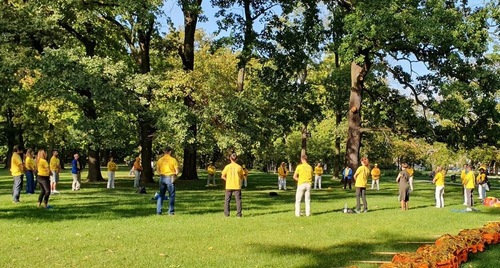 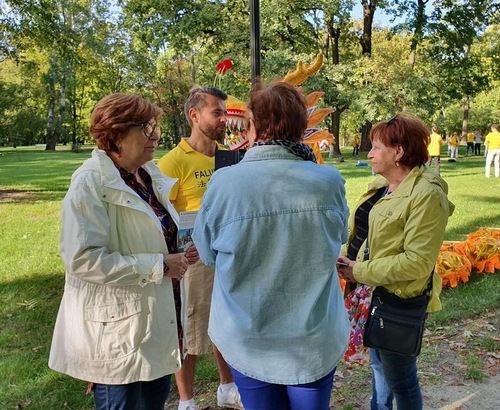 Practitioners practiced the exercises together in a nearby park after the parade and introduced the meditation to passersby.