(Minghui.org) Traditionally, the Mid-Autumn Festival, also known as the Moon Festival, is a time for family reunions in China. To mark this special occasion, many practitioners in China submitted greetings to the Minghui website to wish Mr. Li Hongzhi, the founder of Falun Dafa, a Happy Moon Festival.

Despite the persecution carried out by the Chinese Communist Party (CCP) over the past 20 years, countless numbers of people have learned the truth about Falun Dafa from practitioners. And some of them have started to practice it and improved their minds and bodies. Here are some examples of greetings received by such new practitioners.

One practitioner in Xianning City, Hubei Province, had tried other faiths. But after hearing Falun Dafa practitioners’ stories, he was deeply touched and began to practice it in 2013. “I have to admit that I have benefited so much from Falun Dafa,” he wrote. “First, the principles of Truthfulness, Compassion, and Forbearance are very profound. They are now deep in my bones. I have also realized that Falun Dafa is the most righteous faith. Second, my health improved dramatically. Third, my family members have also been blessed for their support of such a righteous practice. For instance, there was a traffic accident recently, but no one was hurt.”

This practitioner said that he and his entire family are indebted to Master Li for his compassionate salvation and that he would live by Truthfulness-Compassion-Forbearance in his daily life to be a better citizen.

Another greeting was from a family of six in Zhaoyuan City, Shandong Province. The 68-year-old woman said her family had been wronged and suffered losses. She went everywhere hoping to address this issue, but officials colluded with each other and put her in jail, where she suffered both physically and mentally. After doctors said her condition was hopeless, she began to practice Falun Dafa in 2004. “In a short time, I was able to take care of myself again. More importantly, I also became more open-minded and happier. People who knew me said I seemed over 10 years younger than I was,” she wrote.

Impressed by these changes, her husband and daughter-in-law’s parents also became practitioners. Other members of the family—her son, daughter-in-law, and two grandchildren—are also very thankful and always remember, “Falun Dafa is good, Truthfulness-Compassion-Forbearance is good.” “Thank you, Master Li, for all these. All of us wish you a wonderful Moon Festival!” they wrote. 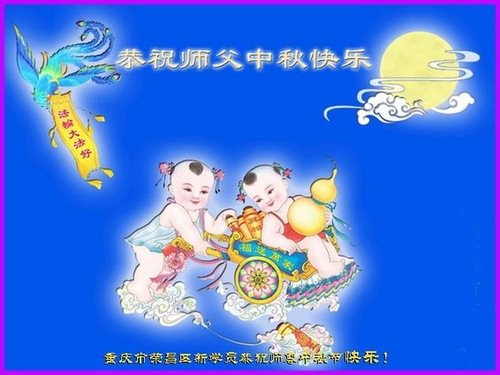 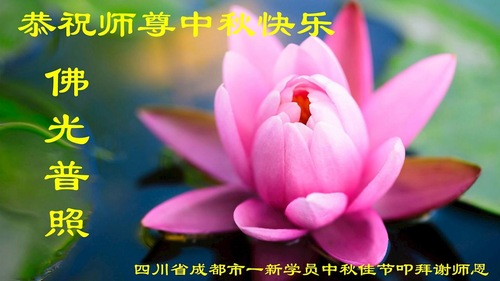 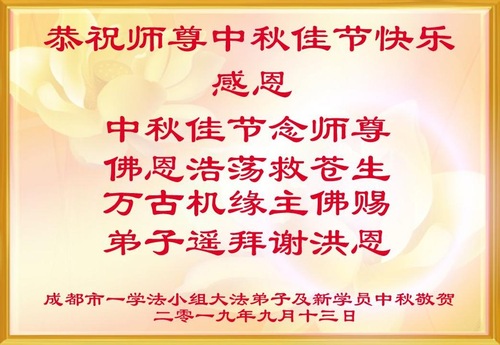 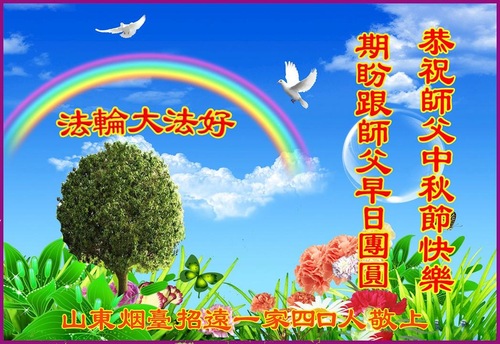 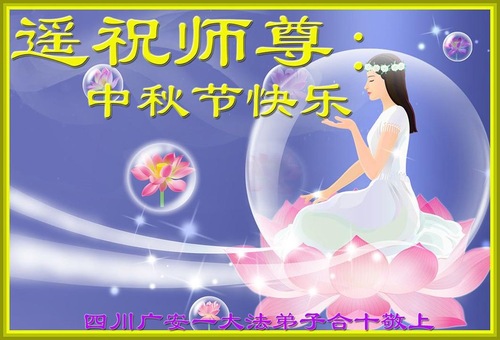 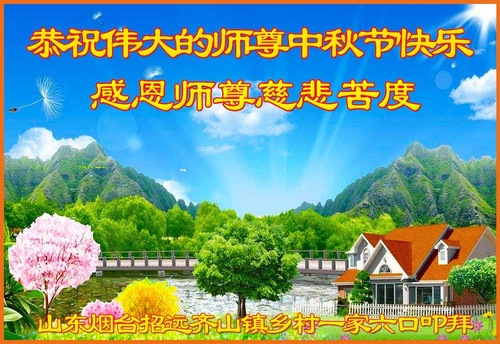 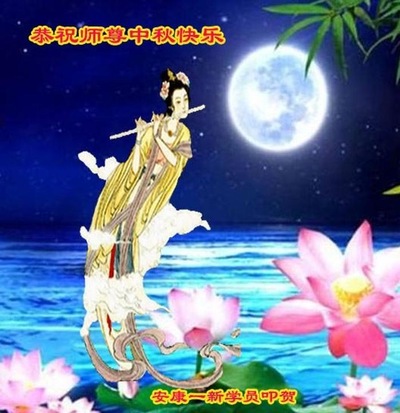 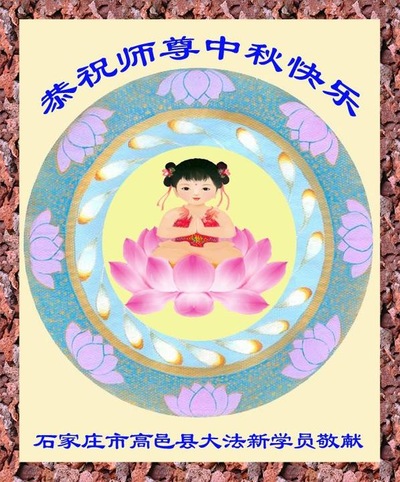 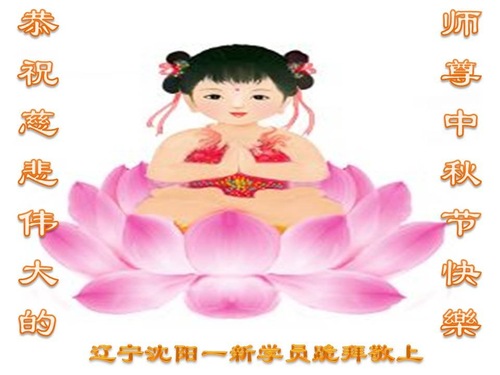 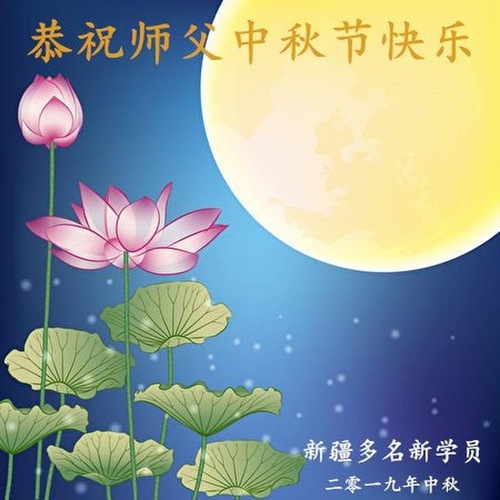 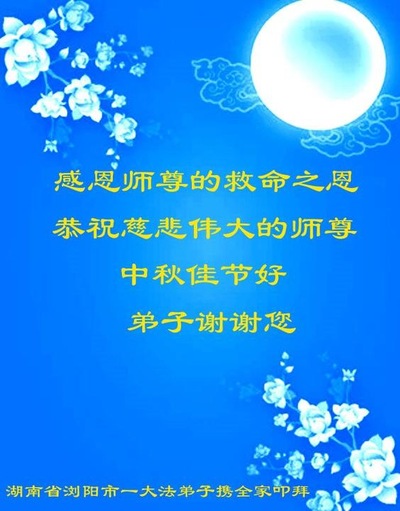 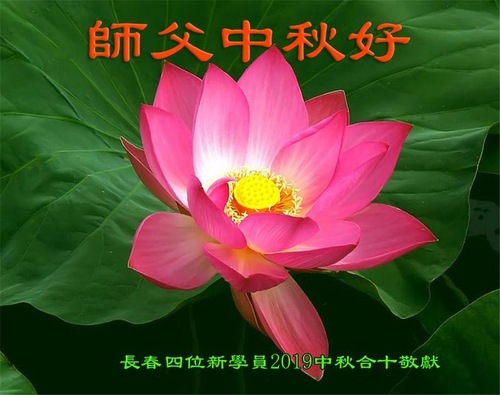 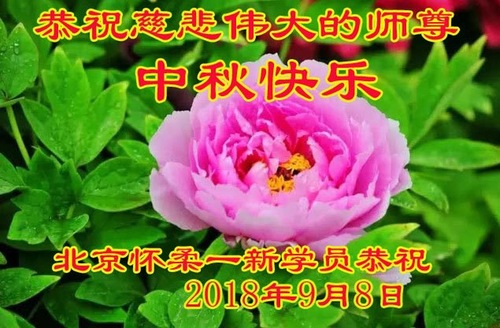 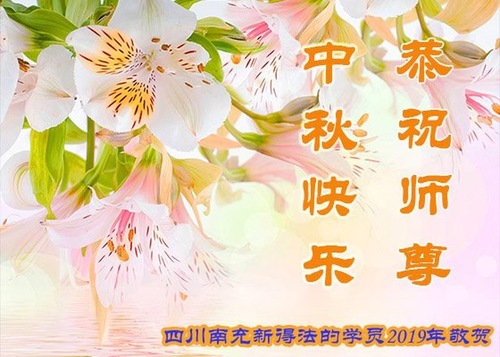